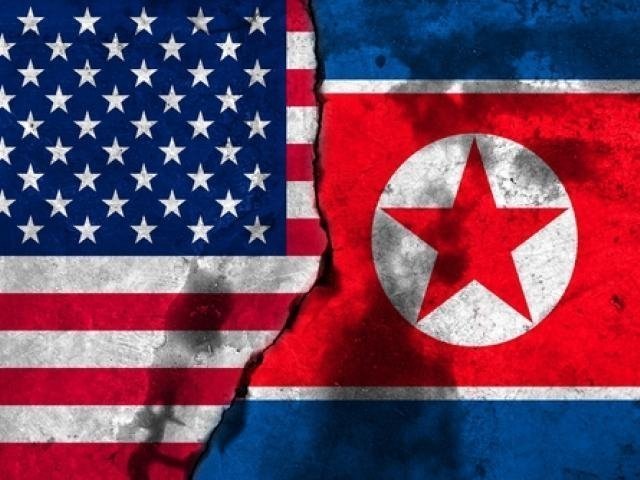 North Korea has stated that they remain open-minded in giving “time and opportunity” to the United States and are willing to meet Trump “at any time in any way”. With the nation also calling the planned summit “desperately necessary” to mend the US - North Korea relationship, the doors could still be open for a summit to take place. Markets will be paying very close attention to how the Trump administration responds to North Korea’s conciliatory stance. Any further signs of de-escalating tensions between the US and North Korea could revive risk sentiment.

Asian stocks were on the defensive during early trade, as North Korea’s measured response to the abrupt summit cancellation slightly soothed investor jitters. European markets rebounded after the olive branch from North Korea and this improving sentiment could support Wall Street in the afternoon.

This has already been a terrible trading week for the Pound, as cooling inflation figures dented expectations over the Bank of England raising UK interest rates in August.

Matters worsened on Friday following reports that UK economic growth dropped to its lowest rate since 2012. UK GDP growth slowed to 0.1% in the first quarter of 2018 according to the second estimate, which immediately damaged buying sentiment towards the Pound. Today’s disappointing growth figures may weigh heavily on sentiment while also forcing investors to scale back bets on a BoE rate hike anytime soon.

Taking a look at the technical picture, the GBPUSD remains bearish on the daily charts as there have been consistently lower lows and lower highs. Repeated weakness below the 1.3400 level could invite a decline towards 1.3320 and 1.3250, respectively. 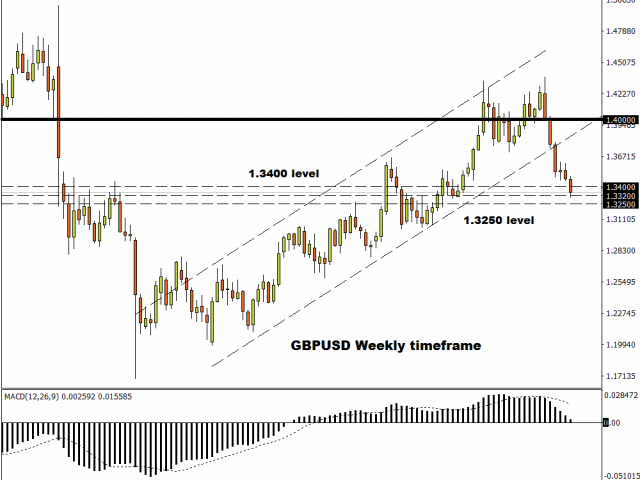 Dollar steady ahead of Powell speech

King Dollar was steady against a basket of major currencies this morning ahead of the upcoming speech from Fed Chair Jerome Powell.

He will be addressing financial stability and central bank transparency before the Sveriges Riksbank Conference in Stockholm later today. The Greenback could appreciate further is Powell sounds hawkish and offers fresh insight into the Fed’s monetary policy tightening path beyond June. With the widening interest rate differential still favouring the Dollar and expectations elevated over an interest rate hike in June, Dollar strength is likely to remain a dominant market theme.

Taking a look at the technical picture, the Dollar Index remains heavily bullish on the daily charts. A decisive breakout above 94.00 could encourage an incline higher towards 94.20 and 94.50, respectively.

Is the Oil bull run over?

The prospect of OPEC and Russia easing supply curbs to counterbalance falling output from Venezuela and potential decline in Iranian exports has exposed oil to downside risks.

Price action suggests that bulls may be struggling to find support from geopolitical risk factors to sustain the current rally. While initially speculation of tighter global supply was a theme that heavily supported oil, the fundamental drivers could change if OPEC and co. ease supply curbs. With the possibility of rising production from Russia, OPEC and US Shale renewing oversupply concerns, Oil remains exposed to downside risks.

In regard to the technical perspective, WTI Crude is at risk of sinking towards $68 if bulls are unable to maintain control above $70.