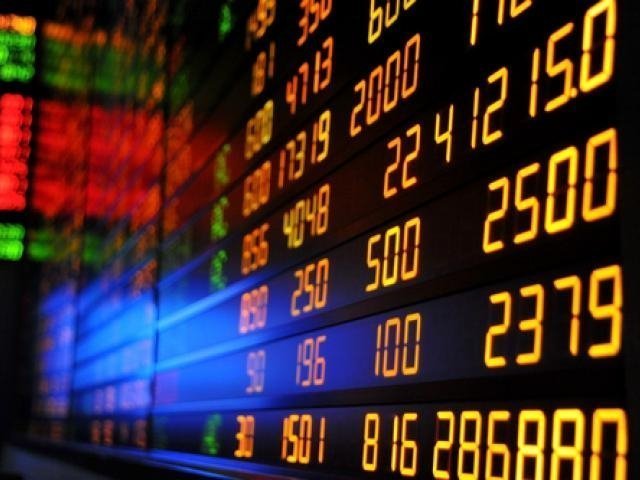 This has certainly been a rollercoaster trading week for financial markets thanks to geopolitical uncertainty and renewed trade war fears.

Easing political tensions in Italy have rekindled risk appetite, ultimately resulting in global equity markets venturing higher. However, global sentiment is likely to remain cautious after the United States announced it would impose steel and aluminium tariffs on Canada, Mexico and the EU. With Canada and Mexico immediately retaliating against the US tariffs and the EU threatening a similar response, fears could intensify over a global trade war. While stock markets could nudge higher on relief over Italy narrowly avoiding snap elections, gains are likely to be capped by renewed trade war concerns.

The Euro was thrown a lifeline this week after a last-minute coalition agreement between Italy’s two anti-establishment parties eased fears of a snap election.

While the Euro has scope to extend gains as Italian political tensions ease, the question is -  for how long? With uncertainty likely to mount following the Spanish Parliament forcing Mariano Rajoy out of office in a vote of no confidence, the Euro remains exposed to downside risks. Taking a look at the technical picture, the EURUSD remains bearish on the daily charts despite the rebound witnessed this week. A technical bounce could be in play, with the next key levels of interest at 1.1750 and 1.1820. 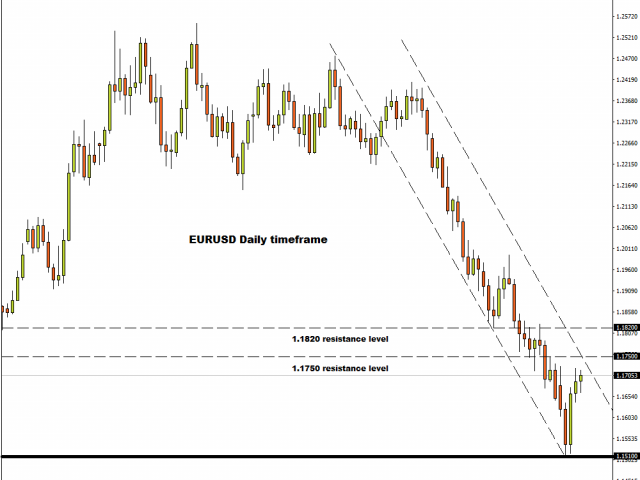 Dollar weakens ahead of NFP report

Today’s main risk event for the Dollar will be the monthly US jobs report for May, which could offer fresh insight into the health of the US labour market.

Markets expect the US economy to have added 189k jobs in May, up from 164k in April, while the unemployment rate is predicted to remain steady at 3.9%. Much attention will be directed towards wage growth figures which could shape US rate hike expectations beyond June. Any signs of accelerating wage growth may boost speculation over the Federal Reserve adopting a more aggressive approach towards monetary policy normalization this year. With the Dollar highly sensitive to monetary policy speculation, expectations over the Fed raising rates faster than expected could provide the currency a boost.

Taking a look at the technical picture, the Dollar Index remains bullish on the daily charts. A solid US jobs report could inspire bulls with enough inspiration to challenge the 95.00 level. Alternatively, sustained weakness below 94.00 could invite a decline towards 93.40.

Gold has been pushed and pulled by a variety of fundamental drivers this week with prices trading marginally below $1300 as of writing.

While geopolitical uncertainty and trade war fears continue to boost appetite for the precious metal, gains have been limited by expectations of higher US interest rates. Price action suggests that the yellow metal is searching for a fresh directional catalyst, and this could come in the form of the US jobs report that is scheduled for release today. Investors will continue to closely observe how prices react around the psychological $1300 level.

From a technical standpoint, repeated weakness below $1300 could encourage a decline towards $1280. Alternatively, a solid breakout above $1300 may invite an incline higher towards $1324. 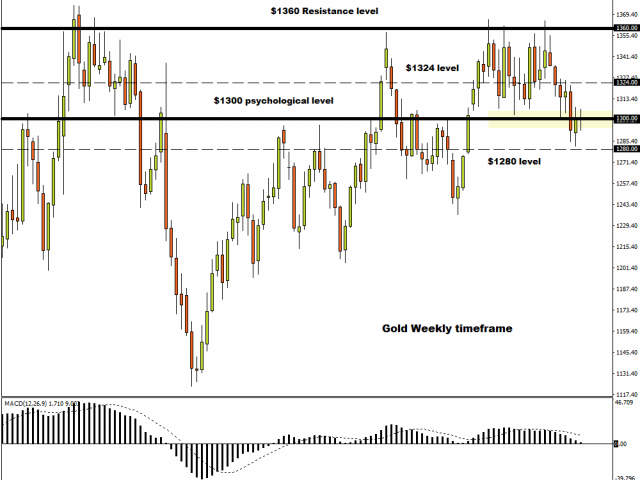