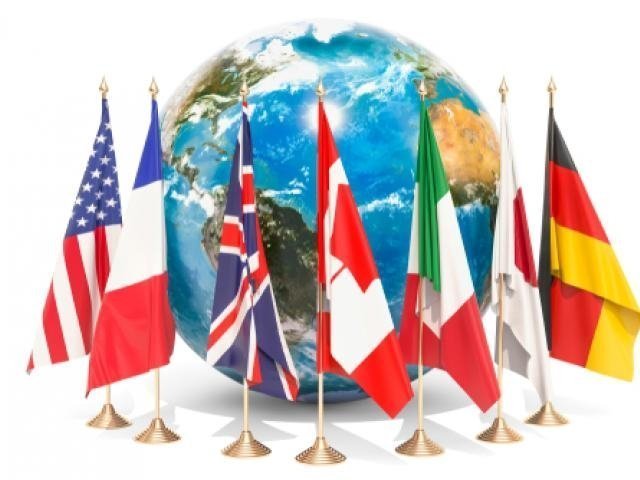 A cavalry of leaders from the world’s seven most powerful industrialized countries is set to congregate on Friday at the hotly anticipated G7 summit in Quebec.

Investors should buckle up for a potential showdown as trade is expected to be a major talking point throughout the summit. With escalating trade tensions seen as a significant threat to global economic growth, this could be a G7 meeting like no other. Leaders may use this gathering of heavyweights to address President Donald Trump’s decision to impose steep tariffs on steel and aluminium imports. The session could produce serious fireworks if the talks descend into arguments and disagreements on trade. Markets will be closely watching to see if G7 leaders will have the ability to persuade Trump to reverse his steel and aluminium tariffs on three of America's biggest trading partners.

Whatever the outcome of the summit, it most likely will have a lasting impact on global sentiment.

It is slowly shaping up to be bearish trading week for the Greenback and there is a strong suspicion that this has nothing to do with a change of sentiment towards the currency.

According to official reports released yesterday, the ISM Non-Manufacturing PMI exceeded market expectations, by rising to 58.6 in May. With the US economy’s steadily expanding services sector boosting speculations of higher US interest rates, one would expect the Dollar to continue extending gains. Price action suggests that the culprit behind the Dollar’s depreciation could be a bout of profit-taking by investors. While the Dollar has scope to trade lower in the short term, the bullish fundamentals are likely to limit the downside.

Taking a look at the technical picture, the Dollar Index is under pressure on the daily charts with prices trading marginally below 93.70 at the time of writing. The downside momentum could drag the Dollar towards 95.00. A breakdown below this level may invite a further decline towards 93.35.

There is a possibility that safe-haven Gold could be waiting for the G7 summit on Friday to make its next big move.

Although global trade fears remain a dominant market theme, the yellow metal clearly needs a fresh catalyst to accelerate the flight to safety. This much-needed catalyst could come in the form of Donald Trump if he creates chaos and uncertainty during the summit. A fresh wave of risk aversion birthed from heightened trade fears could elevate Gold towards $1300 and beyond.

Focusing on the technical picture, Gold remains on standby on the weekly charts with $1300 acting as a psychological level. A solid breakout above $1300 could encourage an incline higher towards $1324. Alternatively, sustained weakness below this level may open a path back towards $1280. 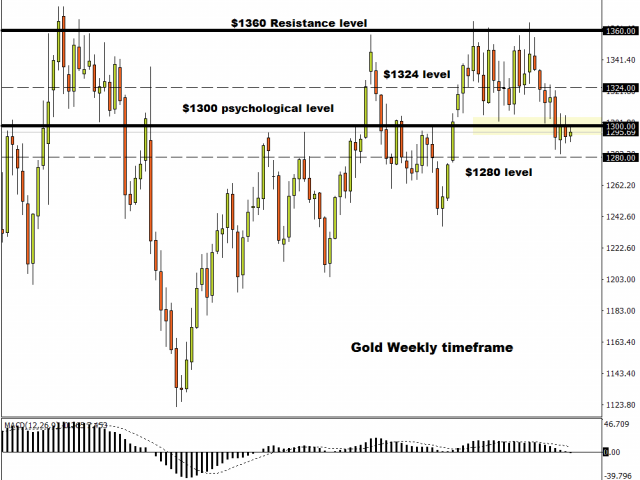