Markets steady ahead of G7 summit, Euro GDP in focus 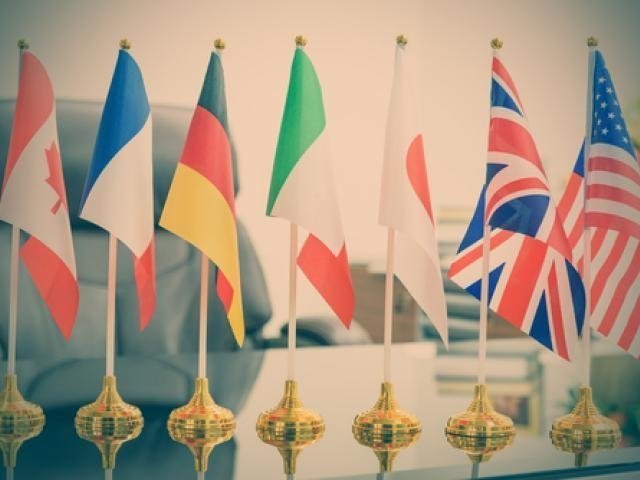 Investors may decide to embrace a cautious approach by evading riskier assets ahead of the 44th G7 summit that is due to take place on Friday.

Market volatility could be slightly muted today as anticipation mounts over the various scenarios that may play out when Donald Trump meets his G7 partners in Quebec. With the Director of the National Economic Council, Larry Kudlow, stating on Wednesday that Trump is sticking with a hardline stance on trade, expectations for a resolution this week remain low. However, when dealing with the ever-unpredictable Trump administration, investors should always be prepared to expect the unexpected. Any signs of the United States potentially rolling back steel and aluminium tariffs on Canada and the European Union could ease trade war fears.

Euro higher ahead of GDP report

Buying sentiment towards the Euro received a solid boost after comments from ECB chief economist Peter Praet elevated expectations that the European Central Bank will be winding down its stimulus program.

According to Praet, robust economic growth has boosted confidence over inflation reaching the 2% target. With such hawkish comments fuelling speculation over the ECB revealing more about its bond-buying programme as soon as next week, the Euro could venture higher. While the improving economic conditions in Europe could continue supporting the Euro, political risk may threaten upside gains.

Today’s main event risk in Europe will be the third estimate of the first quarter GDP, which is expected to confirm that economic activity cooled from 2.8% to 2.5% YoY. Although such a result may pressure the Euro, the currency remains supported by expectations of QE potentially ending this year.

Taking a look at the technical picture, the EURUSD has marched to a fresh two-week high above 1.1810 as of writing. A solid break above 1.1820 could encourage an incline higher towards 1.1930. Alternatively, a failure for prices to conquer the 1.1820 level could result in a decline back towards 1.1750. 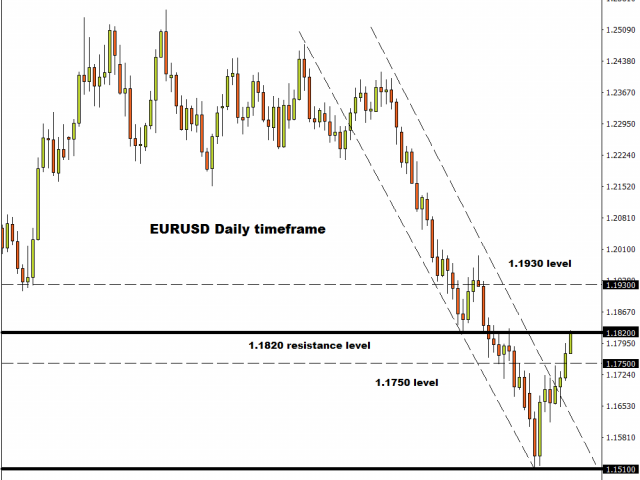 Oil markets are likely to remain in limbo ahead of the upcoming OPEC meeting on 22 June.

The depreciation of Oil witnessed in recent weeks continues to highlight how geopolitical risk factors are unable to sustain the bull rally. Market players are more concerned with the overall supply concerns and this is reflected in the depressed price action. With expectations heightened over OPEC and its allies easing production curbs to counteract falling output from Venezuela and Iran, WTI could be poised for further punishment. It must be kept in mind that rising output from Russia and OPEC combined with surging US Shale production could revive the oversupply concerns – ultimately haunting investor attraction towards Oil.

Focusing on the technical picture, WTI Oil is under pressure on the daily charts. Sustained weakness below $66 could encourage a decline towards $64.30 and $64.00, respectively.

This has been a positive trading week for the GBPUSD, mostly thanks to a weakening US Dollar. With the bearish fundamentals behind the Pound’s weakness still intact, it will be interesting to see how much further the GBPUSD rebounds before bears attack again.

Taking a look at the technical picture, the GBPUSD is in the process of a technical bounce on the daily charts with prices trading around 1.3450 as of writing. A breakout above 1.3450 could encourage an incline higher towards 1.3530. Alternatively, a failure for bulls to conquer the 1.3450 level could result in prices sinking back towards 1.3380 and 1.3300, respectively. 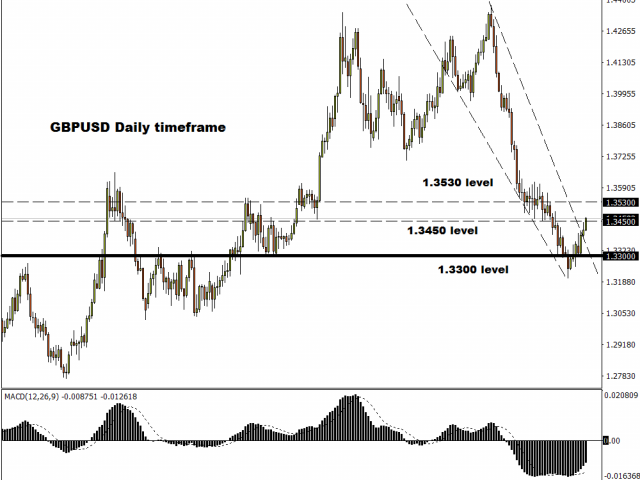