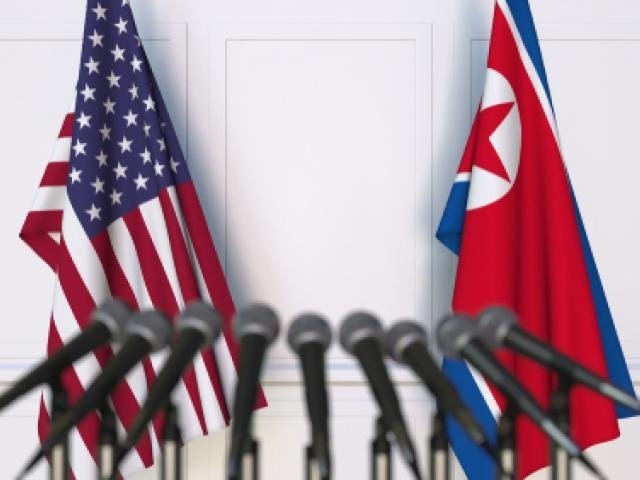 Singapore will be considered as the capital of the world for at least the early part of the week. The unprecedented summit between President Trump and North Korean leader Kim Jong-Un in Singapore is considered as a major event in the financial markets, and we can expect that it will be closely monitored by investors across the globe. The summit might have had an on-again, off-again feel to it for months but now both leaders have arrived in Singapore the June 12 meeting is set to demand the attention of the globe.

Although meetings between world leaders are typically not considered as market events and would usually encourage a muted market reaction, this summit between risks being viewed differently. Such a historic meeting between a very unpredictable United States President and the leader of a nation that has been in complete isolation for decades with nuclear capabilities represents an event investors will not be able to ignore.

President Trump has made no secret of his dislike for nuclear weapons and is expected to push hard for the ultimate goal that North Korea proceeds with denuclearization. In return for giving up its nuclear weapons, it is expected that international sanctions on North Korea would gradually be relaxed and the United States could potentially offer to invest, and help build the North Korean economy.

This could be enticing to Kim Jong-Un as the future of a more prosperous North Korea would likely portray him as a hero back home. That legacy would live long in the memory as a leader who took his homeland away from global isolation. Kim Jong-Un would perhaps though seek additional assurances that he would not be portrayed as a “yes man” for giving up nuclear weapons. It has been reported in recent weeks that reports of the United States using North Korea as a repeat of Libya caused upset to the North Korean leader back home.

Let’s now take a look at the potential winners if the meeting goes positively:

North Korea – We are talking about a nation that has lived in isolation for decades. Those who live in North Korea are reported to do so in unimaginable living conditions, but that could all change if North Korea is pulled away from isolation. The eventual denuclearization would likely open North Korea to international investment and access into the market.

Korean Won – The Korean Won has been lively in the days before the summit. This is potentially as significant for South Korea as it is for North Korea. It is expected that the Korean Won would rally as a result of a positive meeting between Trump and Kim Jong-Un, mainly because it increases the likelihood of further improved relations between North and South Korea.

Donald Trump – For all of the unpredictable moments that have occurred since Trump became President of the United States, the news that he would have a summit with Kim Jong-Un is perhaps the most significant. If Trump is able to persuade North Korea to dissemble its nuclear weapons, he would achieve a remarkable feat just months before the mid-term elections. The USD could even catch a bid and move higher on optimism that Trump’s foreign policy tactics could encourage world peace.

Currencies pegged to the Dollar – The uncertain nature of US foreign policy and unpredictable tactics of President Trump were seen as the main catalyst behind why the Dollar dropped so sharply from its peak shortly after he was inaugurated in January 2017. If the USD does receive a bid following the conclusion of the summit, those currencies that are pegged to the Dollar should be able to jump on the wave. The UAE Dirham, Saudi and Qatari Riyal and Lebanese Pound are just a few of the pegged currencies that would benefit from a stronger Dollar.

Stock markets – Improved risk appetite would be seen as encouragement for global stocks. Uncertainty over the past year or so around Trump/Kim Jong-Un relations was seen as one of the major risks for the financial markets, and a reduction of this uncertainty should encourage investors to carry on investing in global stocks.

Asian emerging market currencies - The emerging markets in general are classified as one of the riskier investment assets out there, and they would likely benefit from the improved sentiment in the stock markets enticing investor attractions towards emerging market currencies. Those closest to North Korea geographically would be the contenders to rally. This includes the Korean Won, Chinese Yuan, Thai Baht, Indonesian Rupiah, and Malaysian Ringgit. The Singapore could also benefit.

High-yielding emerging market currencies – Higher yielding currencies such as the South African Rand, Mexican Peso and Russian Ruble are strongly reliant on investor appetite towards taking on risk. It would be expected that currencies like the Rand would follow the lead from the global stock markets, if they do rally on indications of a positive summit.

Losers from a cheerful summit:

Gold – The yellow metal has struggled greatly over the second quarter of 2018 from the unexpected resurgence in the USD. Buying sentiment for Gold is highly reliant on market uncertainty and the potential rally in the stock markets and less safe haven attraction would be seen as negative momentum for Gold.

Japanese Yen – Similar to Gold, the Japanese Yen relies heavily on its safe-haven status for buying momentum. The potential rally in the stock markets following a positive summit and added risk appetite would consequently be seen as a minus for holding Japanese Yen.

In the event that the summit does not go well, there are also some potential losers in the financial markets:

Chinese Yuan – A leading contender for major loser to a negative outcome in Singapore could unexpectedly be the Chinese Yuan. It would not surprise if President Trump threatens to introduce further trade tariffs on China in an attempt to encourage China them to more when it comes to influencing North Korea towards destroying its nuclear weapons. China is seen as one of the only allies to North Korea.

Korean Won – In the aftermath of the breaking development months ago that Donald Trump and Kim Jong-Un would meet, relations between North and South Korea have improved to an extend that some might have thought would be imaginable. If the summit takes a negative turn, it can’t be ruled out that the Korean Won would sell off on market uncertainty that North Korea could return to testing nuclear capabilities.

Stock markets / emerging market currencies / South African Rand – Depending to what extent the summit might go down an undesirable path, there is the likelihood of investors entering a “risk off” mode if negative headlines overshadow the meeting. Market uncertainty would be seen as a negative for global stocks in the event that risk appetite diminishes, and would have a consequent knock-on effect on emerging market currencies. A period of risk aversion would encourage investors to steer close of high-yielding currencies, like the South African Rand.

When considering the complexities of Trump and Kim Jong-Un getting together, there are a multitude of different ways that the summit could potentially impact the financial markets. Although President Trump has said himself that he is meeting the North Korean leader on a “mission of peace” and by that account the summit should conclude on a positive note, this is still considered as a major risk event for the financial markets and one investors will need to closely monitor.