History made in Singapore as Trump-Kim summit kicks off 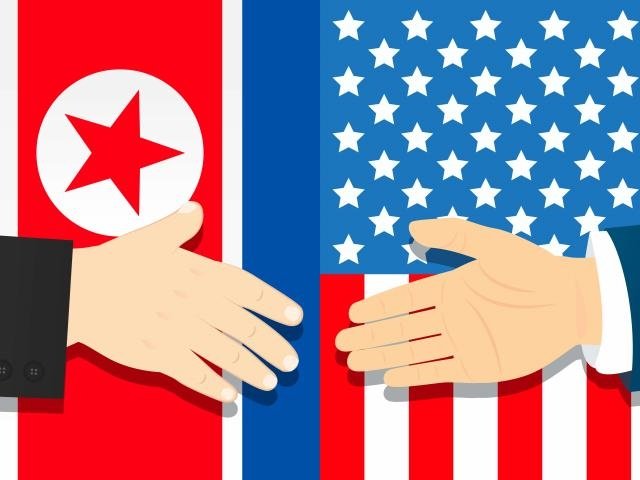 The market focus of the world is focused on the events taking place in Singapore, with history being made today as Donald Trump became the first sitting American president to meet face-to face with a North Korean leader.

The market reaction has been mostly positive, and this sentiment is likely to continue with the expectance that President Trump and Kim Jong-un are to discuss the future of Pyongyang’s nuclear programme. While the likelihood of North Korea signing a peace treaty is unlikely at this stage, it does appear that Trump and Kim Jong-un have developed a bond.

Kim Jong-un has said the 'world will see a major change' and this is likely to be a catalyst for further risk appetite in the financial markets. Improved momentum towards global stocks and further risk appetite attracting investors are a possibility following the conclusion of this summit. The talks could be seen as an important step to easing geopolitical tensions in the region, especially when considering how North Korea has pledged to work towards ‘complete denuclearization’. A positive outcome to the summit could open a path for further talks down the pipeline, ultimately supporting global sentiment.

Global equity markets are trading mostly higher as investors shrugged off the rough and rocky G7 summit that took place over the weekend.

The talks between world leaders and Trump in Quebec were mostly dominated by disagreements and arguments over trade, fuelling concerns over a potential global trade war. With Trump injecting a dosage of chaos and uncertainty by withdrawing from a joint statement with the G7 allies, trade tensions are likely to remain a recurrent market theme.

Dollar steady ahead of Fed meeting

The Dollar is likely to remain supported against a basket of major currencies ahead of the Federal Reserve decision on Wednesday, which is widely expected to conclude with a US interest rate hike.

It is already considered a foregone conclusion that US interest rates will be increased in June, so attention will mostly be directed towards the economic projections and press conference by Fed Chair, Jerome Powell. Investors will most likely scrutinize the fresh projections and Powell’s conference for clues on rate hike timings beyond June. King Dollar has scope to appreciate further if policymakers adopt a more hawkish stance than anticipated, reinforcing market expectations of at least one more rate hike this year.

From a technical standpoint, the Dollar Index is in the process of a higher technical bounce. An intraday breakout above 93.90 could encourage bulls to target 94.00 and 94.30, respectively.

Easing political tensions in Italy have heavily supported the Euro in recent days with the EURUSD rising to a near two-week high at the start of the trading week.

With the European Central Bank meeting scheduled on Thursday, this will be an important trading week for the Euro. Market expectations remain heightened over QE potentially ending this year, and investors will mostly likely seek guidance from the ECB meeting to confirm these speculations. The Euro could extend gains against the Dollar if Mario Draghi adopts a hawkish stance and expresses optimism over the health of the European economy.

The Japanese Yen has extended losses against the Dollar this morning, with the USDJPY punching above 110.40 as of writing.

The weakness in the Yen signals an improved risk-on sentiment. With the Dollar likely to remain supported by Fed hike expectations, the USDJPY has scope to venture higher. A technical breakout above 110.50 could encourage an incline towards 111.10.

Gold is likely to remain range bound ahead of the FOMC meeting on Wednesday, which is expected to conclude with a US interest rate increase.

While global trade tensions have somewhat supported the yellow metal, a US rate hike could spell trouble for zero-yielding Gold. Market players could continue closely observing how prices behave around the $1300 psychological level. A decisive breakout above $1300 may trigger an incline higher towards $1324. On the other hand, if the $1300 acts as a firm resistance level, prices could descend back towards $1280. 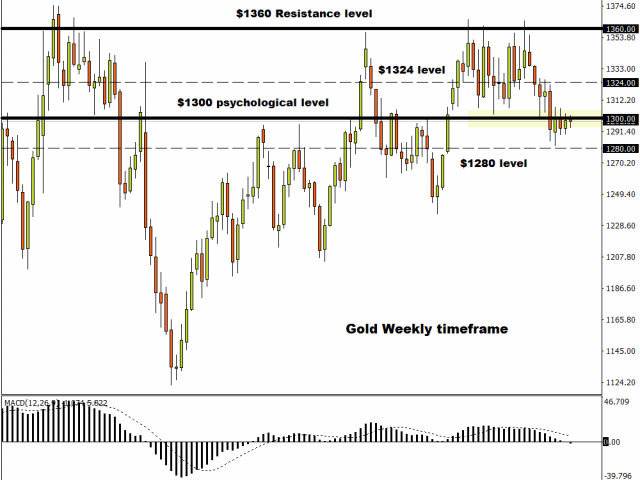