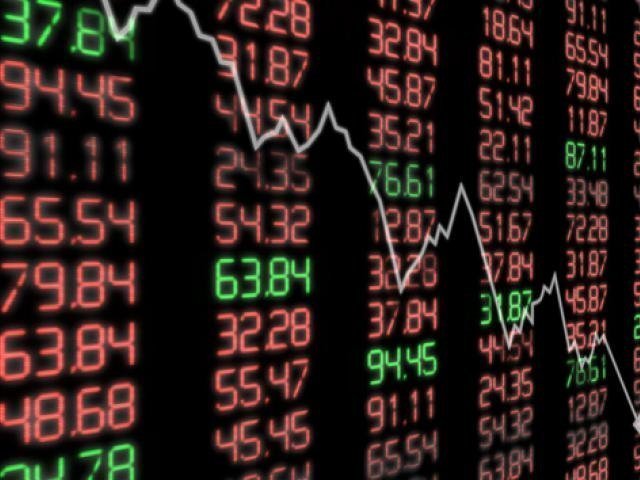 In a shocking development, Trump yesterday warned of his intention to impose tariffs on an additional $200 billion worth of Chinese goods. This undesirable move is likely to worsen US-China trade relations and fuel concerns of a potential global trade war. The ongoing friction between the two nations has clearly kept market players on edge, with global stocks sliding amid the growing caution. With the escalating ‘tit-for-tat’ trade war seen as a major risk to global stability, investors may offload riskier assets for safe-haven investments.

More pain ahead for emerging markets?

Emerging market currencies have been treated without mercy by a broadly stronger Dollar.

The South African Rand has tumbled to its lowest levels in over six months as escalating trade tensions between the world’s two largest economies eroded appetite for riskier currencies.

An appreciating Dollar simply compounded to the Rand’s woes with price punching above 13.90 as of writing. It must be kept in mind that the Rand was not alone, as other major emerging market currencies were under attack from a broadly stronger Dollar. The Rand has scope to weaken further if the Dollar continues to strengthen and global trade fears dent risk sentiment.

A lack of appetite for risk amid the US-China trade dispute has resulted in Oil prices depreciating today.

Market expectations over OPEC and Russia easing supply curbs to counterbalance falling output from Venezuela as well as production outages from Iran have eroded appetite for the commodity. Although a hike in production output seems to be priced in, Oil remains at risk of depreciating further if Friday’s OPEC meeting in Vienna ends in an impasse. It must be kept in mind that Iran, Venezuela and Iraq are expected to veto any decision made by Saudi Arabia and Russia to raise production levels. Any disagreements or infighting between cartel members during the talks may trigger fears over the future of OPEC’s production cut deal.

WTI Crude is currently bearish on the daily charts with prices breaking below $65.00 this afternoon. Sustained weakness below this region could encourage bears to target $64.35 and $64.00, respectively.

Gold has descended into the abyss despite intensifying trade tensions rattling financial markets and leaving investors on edge. The driver behind Gold’s depreciation remains an appreciating US Dollar.

With the Dollar likely to find ample support amongst the bullish sentiment towards the US economy and heightened expectations of higher US interest rates, Gold could be poised for further punishment. While the argument for the precious metal to potentially rebound may be based around trade tensions and geopolitical uncertainty, an appreciating Dollar could continue obstructing any upside gains.

Focusing on the technical picture, Gold is under pressure on the weekly timeframe. Sustained weakness below $1,280 level could be an early indication that bears are back in the game. Previous support at this level could transform into a dynamic resistance that opens a path towards $1,264. 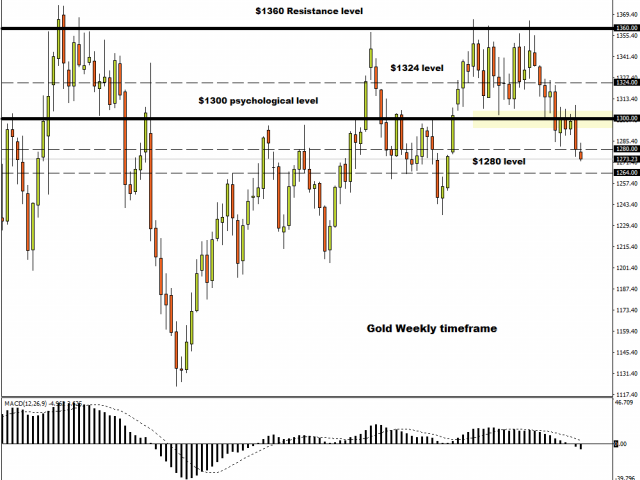