NZD and GBP under further pressure 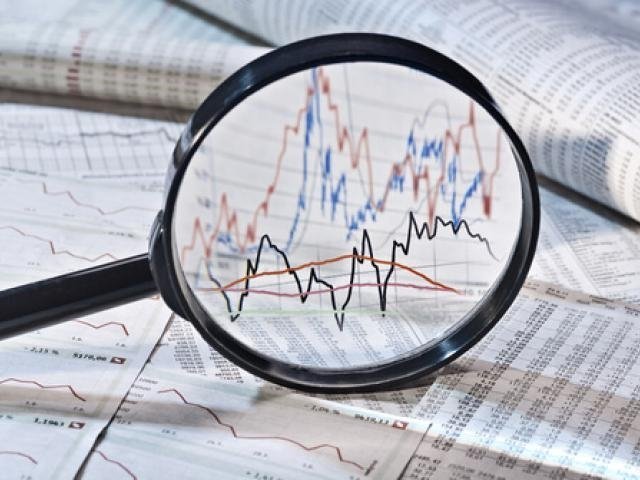 The New Zealand dollar has been under intense pressure as of late and the upcoming GDP figures are expected to do it no favours. Market expectations are that we will see it drop from the previous quarters 0.6% reading to 0.5% for this quarter, this decline is expected in the services and retail industries primarily and the flow on effects for the Reserve Bank of New Zealand will not be ideal when it comes to the prospect of raising interest rates anytime soon. Any positive reading would be a surprise for the markets as well and could give a welcome boost to the kiwi, but likely only in the short term. As at present all commodity currencies are under pressure from the strong USD, but also the threat of tariffs is weighing on these currencies. This will be the last major event economically speaking for the New Zealand economy this week, so what traders take away from here will likely push sentiment for the next few days until the next trading week. 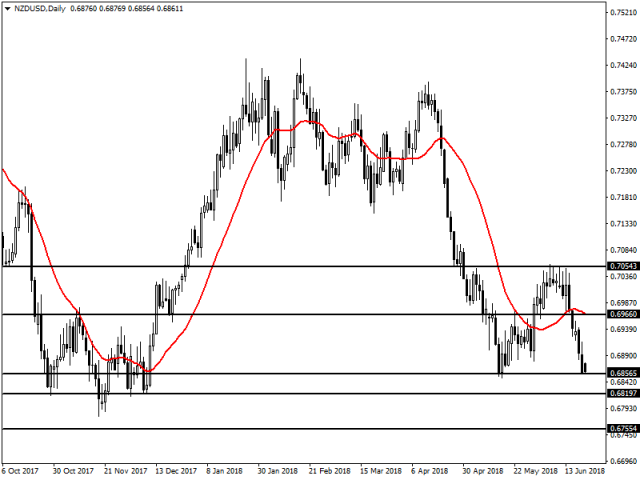 For me the NZDUSD is ever the bearish market at present in the current climate. We've seen a push down to support at 0.6856 and the market is looking hungry to test this level again. If we did see a bounce here though this would be a bullish signal and I would expect to see resistance levels tested again. However, with the current market sentiment, support levels at 0.6819 and 0.6755 are likely to be key trading targets. On the bullish side if we see positive GDP data then a push to resistance at 0.6966 is likely, but the 20 day moving average there may make it a hard one to beat. Resistance at 0.7054 looks to be an impossible task at present for the bulls, given the numerous tests last week, and I would expect to see it hold out against pressure. All in all the NZDUSD looks to be suffering under the bears and we may see continued pressure for some time.

The pound has had a rough week as it stands coming under immense pressure from the markets over uncertainty around Brexit. This is nothing new to most people trading the GBPUSD, and it looks likely we will continue to face further uncertainty. For me though the GBPUSD while facing all this uncertainty is actually becoming more a technical trade for many and the weekly chart is something I feel traders are missing at present. 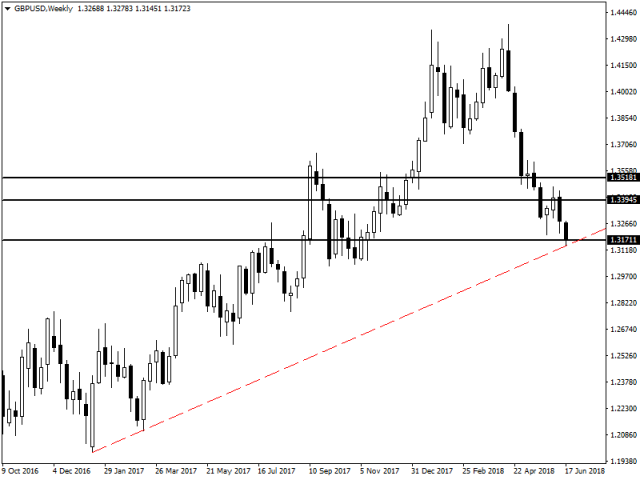 At present the GBPUSD has been bearish but it has moved down to the bullish trend line on the weekly chart and has pulled back ever so slightly. If the market were to push through this then it would be a very strong bearish signal. However, if it does bounce and make a recovery then it would be a bullish signal to say the least, and potentially lift up to resistance at 1.3394 in this instance. So while it has been bearish the long term technical picture is a little different and sending mixed signals at present.