Trade war fears ease… but for how long? 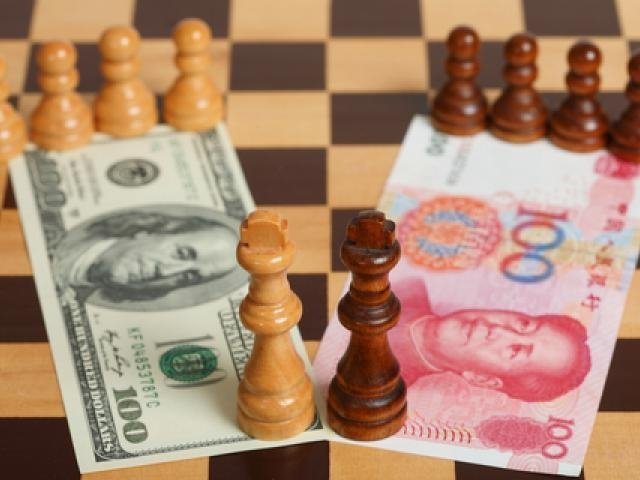 Global stocks have bounced back to life after China’s central bank calmed markets by urging investors to “stay calm and rational”.

While this move by the People’s Bank of China (PBOC) could support risk sentiment and push equity markets higher in the short term, gains are likely to be limited. With trade war fears still a recurrent market theme that continues to weigh on sentiment, investors may start questioning the sustainability of the stock market rally.  Markets are likely to remain cautious with any signs of escalating trade tensions between the United States and China potentially sparking a renewed wave of risk aversion.

Today’s main event risk for the British Pound will be the outcome of the Bank of England policy meeting, which is widely expected to conclude with monetary policy left unchanged.

With the BoE expected to keep interest rates on hold, investors will most likely closely scrutinize the policy statement and MPC vote count for insight on rate hike timings beyond June. The Pound could weaken if the central bank expresses concerns over Brexit related uncertainty and political risk negatively impacting growth. Pound weakness may remain a dominant market theme if Brexit uncertainty results in the BoE repeatedly delaying monetary policy normalization.

Taking a look at the technical picture, the GBPUSD is bearish on the daily charts. The solid daily close below 1.3200 could invite a further decline towards 1.3130 and 1.3100, respectively.

The Dollar has scope to extend gains against a basket of major currencies amid market expectations over the Federal Reserve raising US interest rates at least two more times this year.

Away from the fundamentals, the technical picture remains heavily bullish with prices hovering near an 11-month peak as of writing. There have been consistently higher highs and higher lows, while prices are trading firmly above the 200 daily Simple Moving Average. A firm daily close above the 95.00 level could open a path towards 95.35 and 96.00, respectively.

There is a growing sense of uncertainty mounting ahead of Friday’s OPEC meeting, with markets now re-evaluating if an output increase could still be on the table.

While Saudi Arabia and Russia are pushing OPEC and its allies to raise production, other members including Iran, Iraq, and Venezuela have opposed such a move.  With Iran already stating that it was likely to reject any agreement that raised output, this could be a fractious meeting between oil producers in Vienna. Whatever the outcome of the OPEC meeting, it could have a lasting impacting on oil prices.