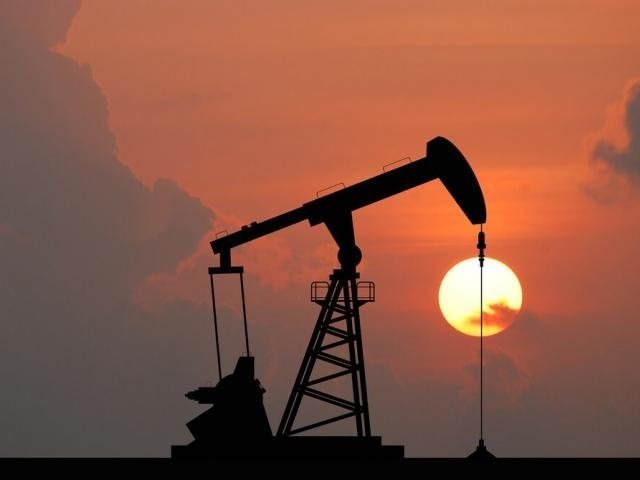 Oil markets have been focused on the OPEC meeting happening at present which is likely to wrap up tomorrow and give some serious insight into OPEC's future plans for the market. So far though it looks like OPEC has agreed to increase supply in the market place by roughly 1 million barrels, however there has been an element of dissent from Iran at this stage as it wishes to increase production further to off-set the economic losses caused by a resumption of sanctions. The breakdown of this at this stage is unknown, but one thing is certain they will endeavour to keep prices elevated and to make sure the market is not flooded, lest they cause more problems for the OPEC nations who are only just now starting to see off deficits caused by the sharp drop in prices. 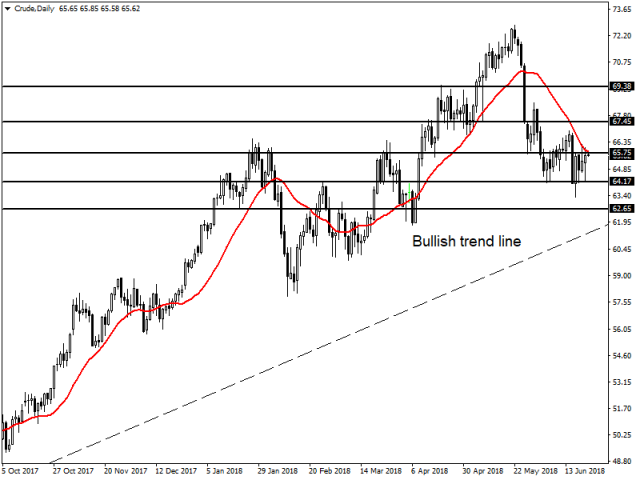 Looking at oil markets on the charts and it's clear to see the bears have taken a swipe after a strong run over the past few months. Some people had been calling for oil to hit the 80-90 dollar a barrel range, but this seems unlikely given OPECs desire to control prices and to stem the flow into renewables, as that is what previously occurred when it cracked 100 dollars a barrel. One thing is clear is that the bulls are wanting to get back in the game, but the 20 day moving average is preventing any strong movements at this stage, most likely this is caused by a strong USD and waiting on OPEC. Resistance at 65.75 is all very strong at this stage when paired up with the 20 day moving average. Any breaks above this level would likely see a run to 67.45 with a potential target above this of 69.38. If the bears however do continue to add pressure then support levels can be found at 64.17 and 62.65 in the current market climate. I would also be acutely aware of the bullish trend level which will be a very hard level to beat given how long it has been in play for now.

I spoke yesterday on the NZD and the likelihood of a disappointing GDP result causing bearish sentiment in the market. Well the figure was in line with expectations at 0.5%, which in itself is bearish, and markets are expecting to see further pressure on the NZ economy in the coming months putting pressure on the Reserve Bank of New Zealand. 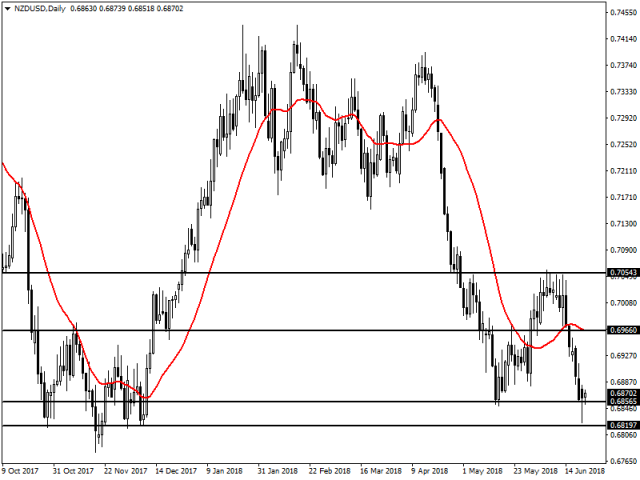 A quick glance at the NZDUSD on the daily chart does show a strong rejection off support at 0.6819, but this could be the market being oversold and looking for an exit point at present. Support can now be found at 0.6856, but sentiment is still bearish in the market for all commodity currencies, especially the NZD. If the bulls do come back into the market expect a push to 0.6966, although I would be surprised to see the NZDUSD crash the 70 cent mark at this stage given the spate of negative data and the US being far more upbeat economically.