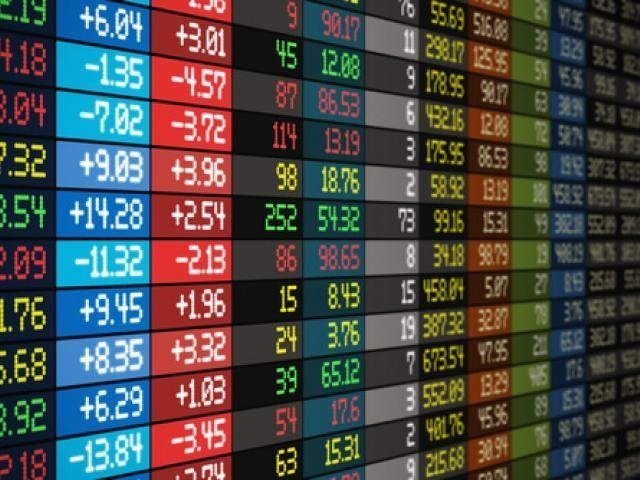 It is slowly shaping up to be another rough and rocky trading week for global equity markets as escalating trade tensions between the United States and China weigh on risk sentiment.

A risk-off vibe continues to linger in the air with investor confidence clearly shaken after the Trump administration announced plans to restrict Chinese investments in American businesses. This move is likely to further deteriorate  US-China trade relations while fanning fears that the trade skirmishes will transform into a potential full-blown trade war.

Most Asian stocks were under pressure this morning amid the growing caution and this negativity could weigh on European markets later today. Although US stocks staged a rebound yesterday thanks to rising shares of energy and technology companies, the upside could be capped by jitters about global trade tensions. With Trump’s trade war seen as a significant threat to global stability and economic growth, market sentiment is likely to remain extremely fragile moving forward.

Market players who were looking for a quick opportunity to offload the Pound were given permission on Tuesday after new Bank of England member John Haskel expressed caution over raising interest rates too quickly.

The outlook for the British Pound remains heavily dictated by Brexit developments and UK rate hike expectations. Buying sentiment towards the Pound is likely to deteriorate further if Brexit-related uncertainty and tepid economic data force the BoE to delay monetary policy normalization. In regards to the technical picture, the GBPUSD continues to fulfil the prerequisites of a bearish trend on the daily charts as there have been consistently lower lows and lower highs. A solid daily close below 1.3210 could invite a further decline towards 1.3110. 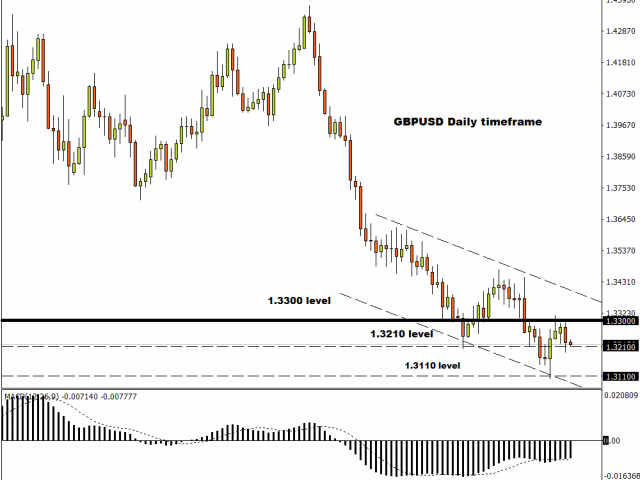 The fact that Gold has tumbled to a fresh 2018 low this morning despite global trade tensions weighing on sentiment, continues to beg the question if the precious metal has lost its safe-haven appeal.

Price action suggests that a stronger Dollar and expectation of higher US interest rates remain Gold’s biggest nemesis. With the Dollar likely to remain supported as expectations heighten over the Fed raising interest rates at least two more times this year, Gold could be poised for further punishment despite the risk aversion. Focusing on the technical picture, prices remain heavily bearish on the daily and weekly charts. A solid breakdown below $1250 could open the doors towards $1241. 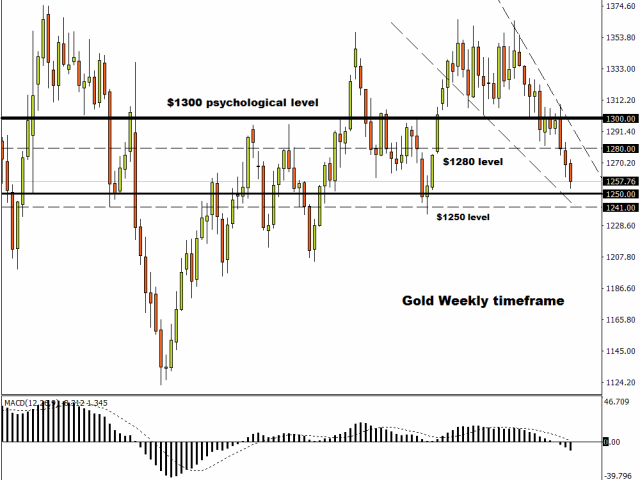 Oil prices have received a solid boost after the United States stepped up the pressure on allies to cut off imports of Iranian oil from November.

The upside was complimented by supply disruptions in Libya and Canada which inspired bulls to push WTI Crude towards $70.80 this morning. With renewed geopolitical risk factors likely to stimulate concerns of supply disruptions, oil prices have scope to extend gains in the near term. Focusing purely on the technical picture, WTI Crude remains bullish on the daily charts with $72.00 in sight as long as bulls are able to defend $70.00.

Escalating trade tensions between the United States and China have weighed heavily on the Yuan which has weakened to its lowest level this year against the Dollar.

The People’s Bank of China lowered its Yuan midpoint for the sixth straight trading day on Wednesday in an effort to cushion the negative impact of trade tariffs imposed by the US. The monetary policy divergence between the Federal Reserve and PBoC has also played a role in the Yuan’s depreciation this year. With trade tensions likely to fuel risk aversion and pressure emerging market currencies, the Yuan has scope to extend losses. Market players will be closely observing if the USDCNY is able to achieve a solid weekly close above the 6.6000 level. If bulls are able to conquer 6.6000, the next level of interest may be found at 6.6175.