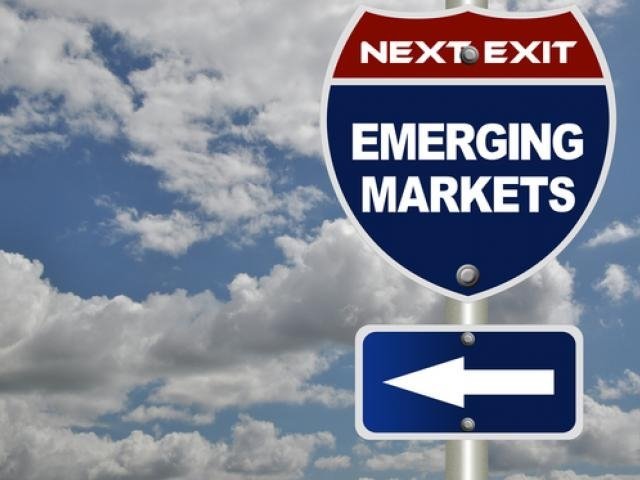 While the speed of selling has slowed down compared to the early part of the week, emerging market currencies have continued to show weakness in the early hours of Thursday morning. The Thai Baht, Malaysian Ringgit, Chinese Yuan, Indonesian Rupiah and Indian Rupee are all trading lower at time of writing. The Indian Rupee has in fact softened as much as 0.6% to meet a new intraday low, which is the weakest level on record according to Bloomberg data going back to the beginning of 1973. The weakness in the Rupee is very much correlated to the Dollar strength that is hammering emerging markets but concerns over a meeting this week in New Delhi between Indian officials and US trade representatives to calm trade tensions have also weighed on local sentiment. Speculation that the United States has told India to weaken its dependence on Iranian oil also appears to have impacted investor sentiment.

Another factor that is weighing on the emerging market sentiment is the positive turnaround in USD momentum over recent trading sessions. The USD has made an attempt to re-challenge 2018 highs after speculation circulated on Wednesday that President Trump might be adopting a softer tone on China. Reports that the United States will not impose restrictions on Chinese investment in US technology firms were initially met with optimism that the trade war narrative between the two largest economies in the world would take a breather. White House economic advisor Larry Kudlow quickly squashed that optimism when he commented that the US administration’s latest approach towards China shouldn’t be seen as a retreat.

The comments from Kudlow are likely to ensure that there is still an atmosphere of risk aversion across trading. This means that global stocks are likely to trade cautiously with a lack of risk appetite encouraging the ongoing lack of buying momentum for emerging market currencies. Year-to-date there are only two emerging market currencies that have traded higher against the Dollar, with this being the Colombian Peso and Malaysian Ringgit. The gains in the Malaysian Ringgit this year are getting smaller by the day with the advance in the Ringgit now standing at just below 0.2%. There is a likelihood that by next week the Colombian Peso could stand on its own as the only emerging market currency to have advanced against the Dollar this year.

Concerns over emerging market weakness are naturally going to raise questions over whether central banks will intervene in the market to protect their respective currency. This could come in the form of direct intervention in the foreign exchange market or raising interest rates in an effort to attract investors back into their respective market. However, it should not be understated that what we are seeing in the FX market is a very broad-based Dollar rally. This means that the advancement in the Dollar is the main catalyst behind emerging market weakness, and the weakness in emerging market currencies is something that is being mirrored across their counterparts.

Speculation is high that Bank Indonesia might raise interest rates once again before the end of today to prevent the Rupiah from hitting further milestone lows against the Dollar. Traders have previously rejected each of the recent interest rate increases by Bank Indonesia, and I do feel that the risk remains current that a central bank interest rate increase from any emerging market central bank could only encourage a near-term impact for their currency.

For as long as buying the Dollar continues to be the trend of the FX market, there is very little emerging markets can do to prevent weakness. Any break in emerging market currency weakness ahead could also be a temporary measure.