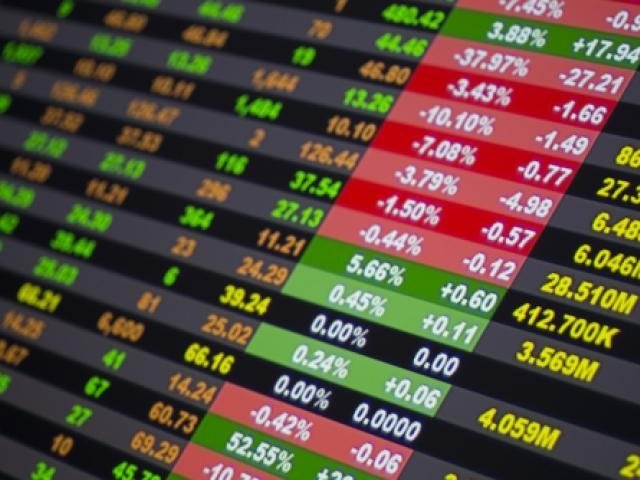 The New Zealand dollar has taken a dive today as pressure continues to be piled on commodity currencies and the NZD especially. With some very poor economic performances as of late, the market is now putting the pressure on, and the Reserve Bank of New Zealand is more than happy to let it happen as it will boost exports in the long run. Fiscal surpluses for New Zealand are likely to be spent quickly by the current government as it is lacking in promises delivered as well at present, and there is internal pressure from unions regarding pay - so this could add further pressure. For traders looking at the week ahead and future direction, it will be solely focused on the USD I feel as there is little economic data due out from New Zealand, there may however be a move based of the Reserve Bank of Australia announcement tonight as it can have a drag effect on the NZD in the long run. 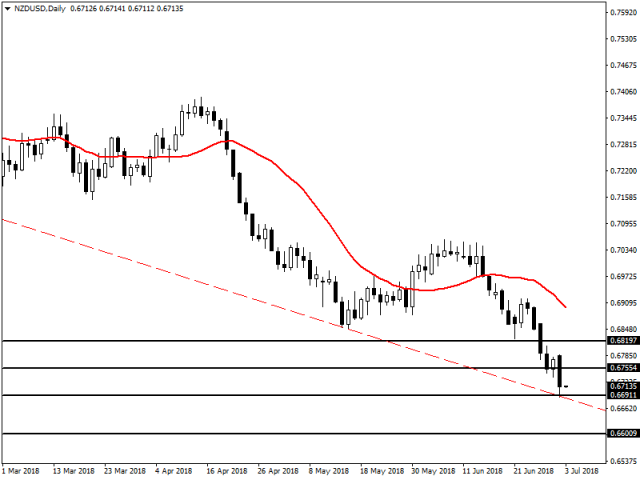 On the charts the NZDUSD has slide down hitting support at 0.6691 which also coincides with the trend line in play. For me this is a strong bearish trend line, but the bulls have used this moment to fight back and find some ground. Further support can be found at 0.6609 and it's likely the bears will be looking to move lower in the long run on the back of the weak economic performance as of late. If the bulls are to claw back some ground then I would expect resistance at 0.6755 and 0.6819 to be the likely candidates in these scenarios. However, we would need some USD weakness to see a resurgence for the NZDUSD in its current state.

The other key mover in the market for me is the USDJPY which finally is looking like it may move above its current levels to a much higher one. The Yen has always been a safe haven and with a stronger USD and more risk appetite I'm a little surprised it has not moved up higher, but then again trade wars are becoming ever more the threat as of late. With the strong USD the market will be looking to see how high they can push it and resistance at 111.083 is that line in the sand that needs to be moved in order to get things really going. 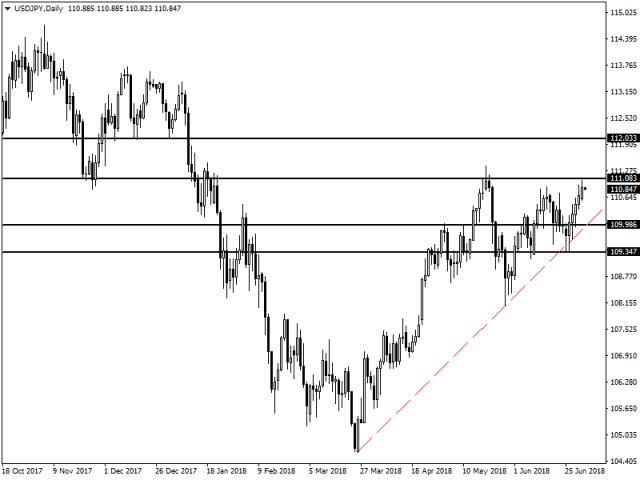 As mentioned before the USD bulls are for me the key here to pushing the USDJPY higher at the end of the day. Most economic data out of Japan has been in line with expectations so there is a real threat that USD strengthening can send things a lot higher.  For the bulls resistance can be found at 111.083 and 112.033 on the charts. If the bears decide to take a swipe then 109.986 and 109.347 are likely to be the key levels that they will target.