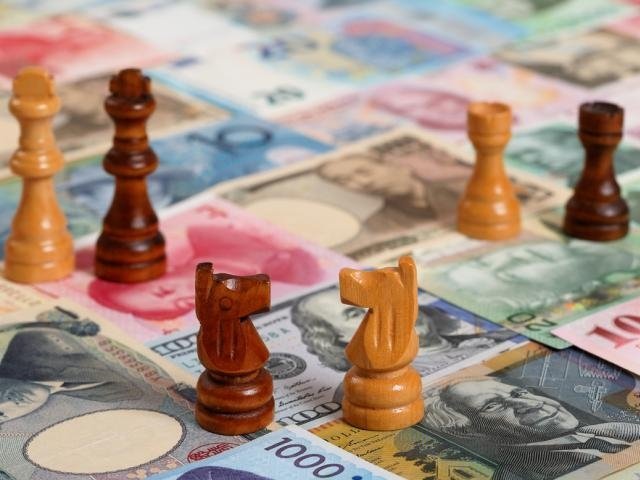 The slight gains in U.S. equities on Monday failed to influence Asian investors as trade fears and the Renminbi’s slide continued to drive risk aversion.

This sharp depreciation in the Chinese currency is worrying investors. In August 2015, USDCNY appreciated from 6.21 to 6.44, a two-day gain of 3.85%. As a result, global stock markets sold off sharply as investors feared the beginning of a currency war. With trade tensions increasing day by day, Beijing might be playing this game as a tool in its trade war with the U.S. However, such a strategy will be a double-edged sword as it might also lead to a flight of capital which the PBoC is well aware of.

Although the Chinese currency depreciated 3.23% in June, it didn’t sound quite so alarming, given that the Dollar appreciated against most major currencies in May and June. Going forward it’s going to be about the pace and magnitude of the currency moves that will drive equity markets. CNYUSD traded at 6.70 at the time of writing and will keep a close eye on 6.96, the lowest level reached in January 2017.

Caution is warranted at this current stage as the ongoing trade dispute moves from announcements to implementations. Canada confirmed over the weekend that it had imposed tariffs on U.S. exports worth 16.6 billion CAD. The U.S. is set to impose a 25% tariff on up to $34 billion of Chinese products on Friday. Meanwhile, there are reports that the European Commission will impose tariffs on nearly $300 billion on U.S. products if President Trump targets the European auto industry. This sounds like a serious trade war!

Major currency markets were steady early Tuesday with the Euro, Pound, and Yen trading in narrow ranges against the dollar. The economic calendar doesn’t hold tier one data today, but it’s worth watching the Eurozone retails sales figures after consumer confidence dipped to its lowest levels since last October and Oil prices are making another attempt to reach $80.

Oil bulls seem to have returned after Libya suspended oil exports from two key ports. If Libya’s Oil doesn’t return fast to the market it will be an important test to OPEC’s spare capacity, especially given that output from Venezuela and Iran is expected to fall significantly in the next couple of months.