Yuan rebounds as PBoC comes to the rescue, Gold jumps 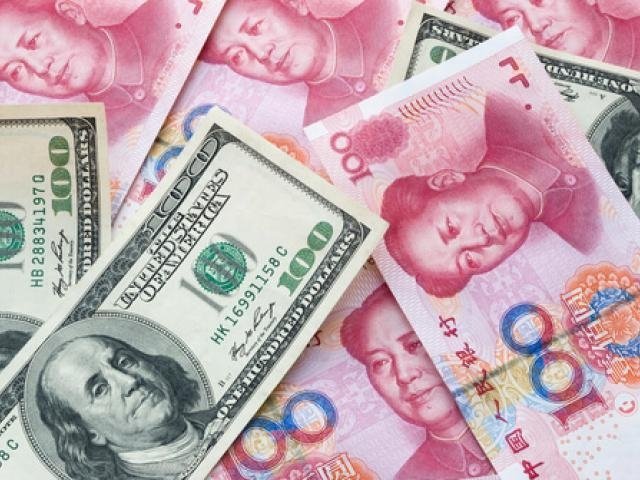 The Chinese Yuan has staged an incredible rebound from an 11-month low after the Peoples Bank of China (PBoC) came to the rescue.

Soothing comments from PBoC Governor Yi Gang on how China will keep the Yuan at “a reasonable and balanced level” was interpreted as verbal intervention by financial markets. While heightened expectations over China’s central bank intervening may support the Yuan, the upside remains threatened by external forces.

Investors are likely to remain edgy, as the ongoing trade conflicts move from announcements to execution. Canada confirmed over the weekend that it had imposed tariffs on U.S. exports worth 16.6 billion CAD. The United States is set to slap a 25% tariff on up to $34 billion of Chinese products on Friday while Beijing is expected to impose a similar tariff on a list of US goods on the same day. The latest developments are fueling fears over global trade tensions reaching new heights and this continues to weigh risk appetite.

Oil prices were initially supported by reports of Libya’s oil production coming to a halt at the start of the trading week.

However, gains were later relinquished after Saudi Arabia reiterated its readiness to utilize its spare capacity if needed. Although geopolitical risk factors ranging from suspended oil exports from Libya, falling production and US sanctions on Iran may continue supporting oil, the oversupply concerns could make a return. Investors should keep in mind that US Shale production remains robust while global trade tensions present a threat for global growth, and this may translate to less demand for commodities. If geopolitical risk factors impacting oil start to ease and demand declines on slowing growth, oil may witness heavy losses.

The immediate reaction following the announcement has been negative with WTI trading around $73.67 as of writing.

Gold prices have rebounded towards $1255 thanks to a softening US Dollar.

While the yellow metal has scope to extend gains in the near term if the Dollar continues to weaken, the upside is likely to be limited. With markets expecting the Federal Reserve to raise interest rates at least two more times this year, zero-yielding Gold could witness further downside. The current rebound continues to highlight how Gold remains extremely sensitive to the negative correlation against the Dollar. With the fundamental drivers behind the Dollar’s appreciation intact, investors may exploit the current technical rebound on Gold to drive prices lower.

In regards to the technical picture, Gold remains bearish on the daily charts as there have been consistently lower lows and lower highs. A technical rebound could be in play with the $1265 38.2% and 5$1274 50.0% Fibonacci levels acting as regions of interest. 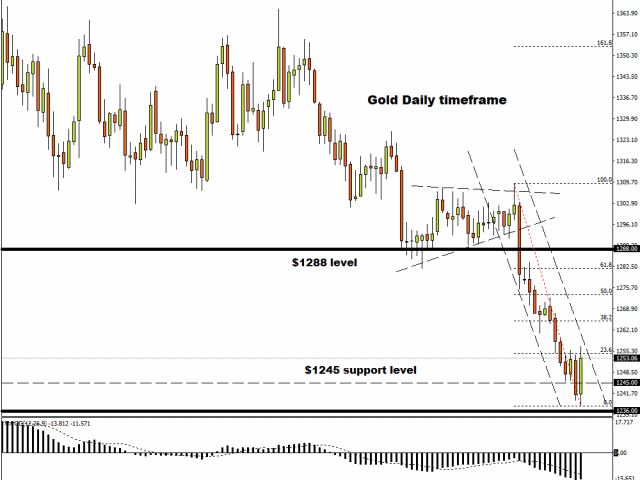