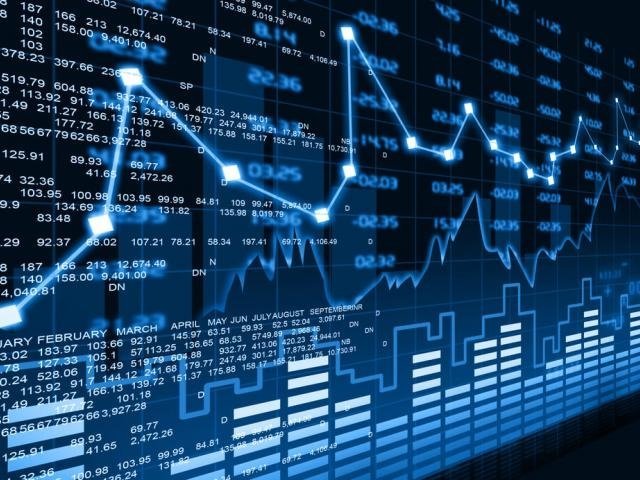 The pound has lifted higher on the back of positive services data today, as it came in at 55.1 beating estimates of 54 from analysts. While not causing a massive jump, it does however showcase that the services sector which makes up a large portion of the UK economy is still growing at a rapid pace. So while markets are buoyed by the result, it still does not answer large questions around Brexit and in particular the customs union - which is looking like the bogyman in the trading room at present. With no clear answers and a lot of noise from the right wing Tory part of the government pushing for a hard Brexit things are still not looking clear. 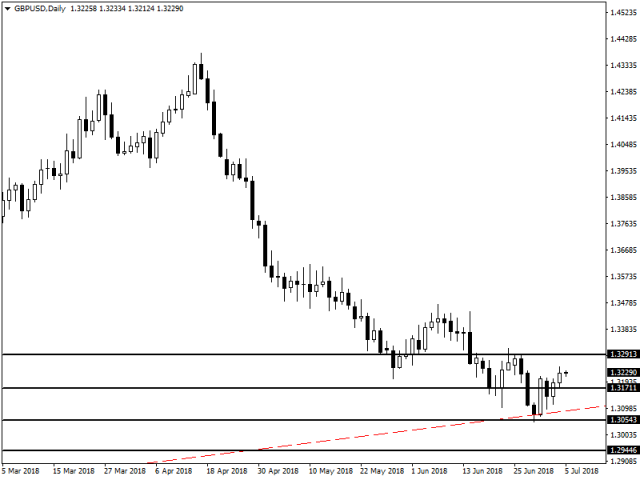 For the GBPUSD the rise today was a nice touch after a bounce yesterday on the long term bullish trend line, and while the market is a little bullish I'm not sure if that will be the case in the long run, given the events at hand. The GBPUSD has tested support today at 1.3171 and after a bounce is starting to look bullish and target resistance at 1.3291. This for me is a key level and one where the bears will likely have another crack at pushing it lower and back down to that support level at 1.3171.

One of the other major movers today, despite the lack of movement, has been of course oil markets which continue to be quite turbulent. Trump has weighed into the oil debate on twitter in an effort to talk down OPEC and keep prices lower, so it will be interesting to see if things do indeed get lowered. At the same time Iran is also making threats regarding the Hormuz strait if its own oil exports get blocked, so this could put pressure on oil prices going forward if that is the case, as it's a critical oil waterway for the middle east. 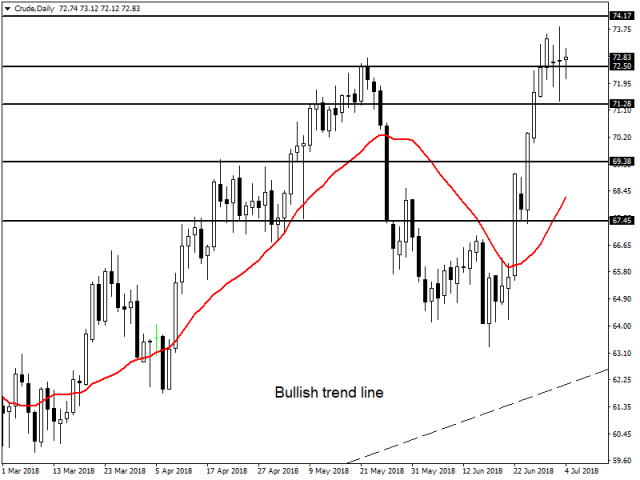 On the charts there is no clear direction for oil at present, but yesterdays large movements lead to no clear winners, so for now the markets are clearly seeking direction from elsewhere. As it stands support at 71.28 is the key level that the bulls are quick to jump in at. Resistance at 74.17 is also still looking very tough, but that being said, OPEC is not keen to see oil rise to high at the end of the day. I would expect though this week would provide some guidance for directions and that the bears may be the winners in the short term, but it's hard to see.