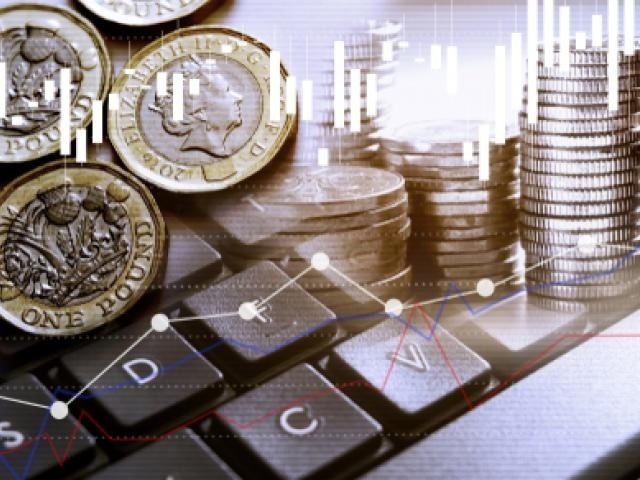 Investors were placed on an emotional rollercoaster ride this week as trade tensions between the United States and China intensified.

The Trump administration’s latest threats to impose tariffs on an additional $200 billion of Chinese goods initially dealt a blow to global sentiment, rekindled jitters and sparked risk aversion. However, global financial markets later stabilized on expectations over the United States and China potentially reopening trade talks. It must be understood that the back-and-forth trade threats between the two largest economies in the world has cultivated uncertainty and fueled anxiety across global markets.

Interestingly, Asian and European stocks were mostly higher today as investors yet again attempted to shrug off trade tensions. Could markets be turning increasingly numb to global trade developments? This may be the question of the quarter if stock markets and riskier assets continue to push higher despite trade tensions escalating.

It was already a terrible trading week for the British Pound thanks to political instability at home and Brexit-related uncertainty.

Recent comments from Donald Trump on how a soft Brexit will “kill” the UK’s chances of a trade deal with the United States dealt a blow to Theresa May and compounded the Pound’s woes. Adding to the uncertainty are concerns over whether the European Union will even accept the Brexit White Paper. Fundamentally, the odds seem stacked against the Pound with Brexit risk, trade war fears and political uncertainty potentially encouraging investors to scale back bets on a BoE rate hike this quarter.

In regards to the technical picture, the GBPUSD remains heavily bearish on the daily charts with prices trading around 1.3100 as of writing. Sustained weakness below this level could encourage decline towards 1.3070 and 1.3000, respectively. 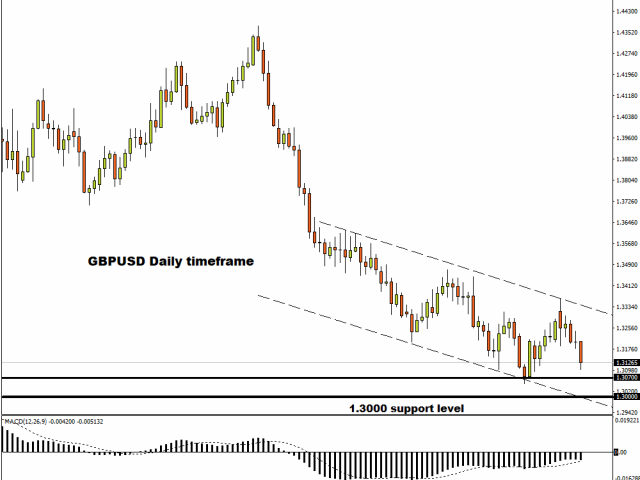 Gold was pummeled and pounded by a broadly stronger Dollar this week with prices sinking towards $1240 as of writing.

The bearish price action witnessed in recent weeks despite the growing risk aversion continues to suggest that Gold is still losing its safe-haven allure. Bulls have simply failed to garner any support from global trade concerns and this continues to be reflected in prices. With an appreciating Dollar and expectations of higher US interest rates eroding appetite for the metal, the outlook remains tiled to the downside. In regards to the technical picture, a solid breakdown below $1240 could encourage a decline towards $1236 and $1230, respectively. 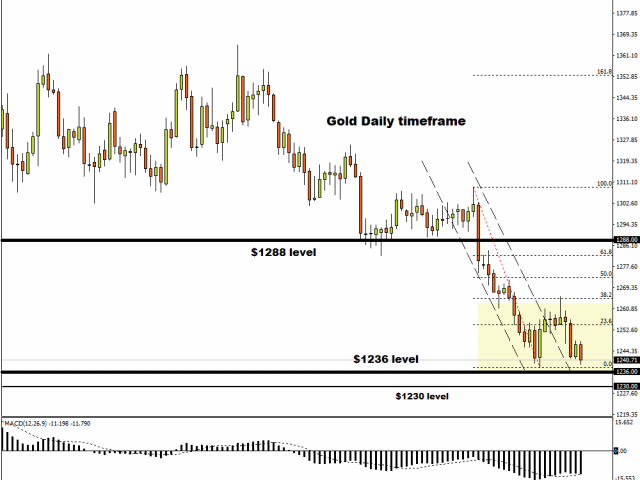