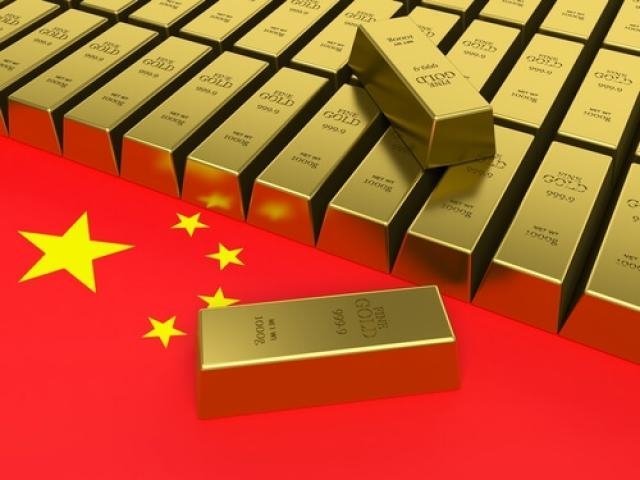 The Yuan initially weakened against the Dollar following reports of China’s economy expanding at a slower pace in the second quarter of 2018. However, losses were quickly clawed back as growth stayed in line with market expectations.

China’s economy grew at an expected 6.7% year on year in Q2, slightly lower than the 6.8% achieved in the previous quarter amid weaker industrial output and escalating trade tensions. Although GDP growth eased in the second quarter, it is worth noting that China’s overall growth expanded 6.8% in the first half of 2018. The Chinese economy continues to demonstrate its resilience against escalating trade tensions, especially when considering how the current pace of economic growth still remains above the government’s annual target of 6.5%.

Focusing on the technical picture, the USDCNY is firmly bullish on the daily charts with prices trading marginally above 6.68 as of writing. A technical breakout above the 6.70 resistance level could trigger an incline towards levels not seen since August 2017 at 6.72.

The Singapore Dollar (SGD) has entered the trading week on a solid footing as positive trade talks between China and the European Union supported appetite for riskier currencies. A softening US Dollar supported the local currency further with the USDSGD trading around 1.3617 as of writing.

With global trade developments likely to remain a dominant market theme that continues to impact risk sentiment, the SGD and many other emerging market currencies are still vulnerable to downside shocks. While short term Dollar weakness could offer the SGD a boost in the near term, US rate hike expectations are likely to threaten upside gains in the medium to longer term.

Much attention will be directed towards the UK labour report scheduled for release on Tuesday morning. The unemployment rate is expected to hold steady at 4.2% while average earnings rising 2.6% from 2.5%. Although Britain’s unemployment rate is encouraging, sentiment could receive a blow if wage growth fails to meet market expectations.

In regards to the technical picture, Sterling is struggling to hold its ground against the Dollar. A disappointing UK jobs report may encourage bears to challenge 1.3190 which could result in a further decline towards 1.3130.

It has interesting how Gold is under pressure despite the Dollar weakening.

Bears seem to have entered the trading week on a mission to send the precious metal lower. With the Dollar likely to eventually stabilize and appreciate amid US rate hike expectations, zero-yielding Gold may witness further losses. In regards to the technical picture, sustained weakness below $1240 could open a path towards $1236 and $1230, respectively. 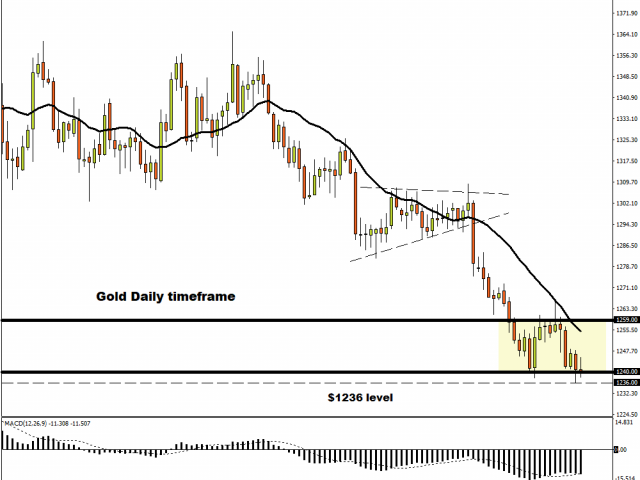