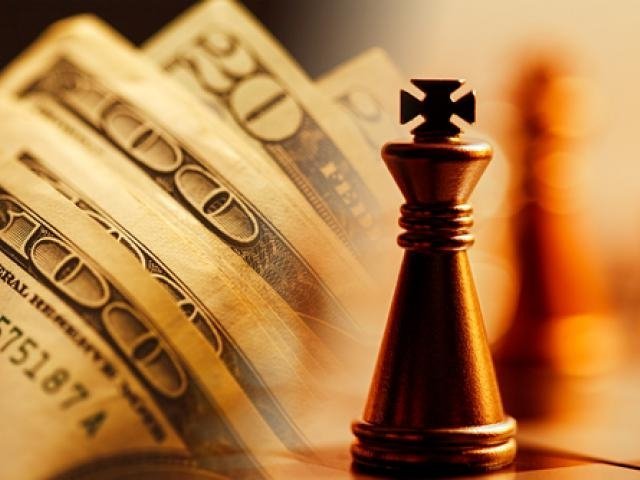 Buying sentiment towards the Dollar received a boost after Federal Reserve Chairman Jerome Powell expressed optimism over the strength of the US economy during his Congressional testimony.

Powell stated that the risk of the economy weakening was “roughly balanced” with the possibility of economic growth increasing faster than expected. With the jobs market remaining strong, recent data encouraging and inflation “close” to the Fed’s target, sentiment towards the US economy remains firmly bullish. When asked about global trade tensions, the central bank head chose his words strategically by saying it would be difficult to predict what impacts it could have on the economy. With Powell stating it was best “to keep gradually” raising interest rates, expectations are likely to heighten over the Federal Reserve raising US interest rates two more times this year.

The upbeat tone from the testimony has instilled Dollar bulls with enough inspiration to challenge the 95.00 resistance level. A solid daily weekly close above 95.00 could encourage an incline towards 96.40.

The Chinese Yuan has depreciated to its lowest level in two weeks thanks to an appreciating U.S Dollar.

The Yuan like many other emerging market currencies continues to be pressured by external forces. With global trade tensions still weighing on market sentiment and the Dollar supported by US rate hike expectations, the Chinese Yuan has scope to extend losses. Technical traders will continue to closely monitor how prices react around the 6.700 level. A solid daily close above this important psychological point could encourage an incline higher towards 6.717 in the near term.

The past few trading days have not been kind to oil markets thanks to a return of oil from Libya and reports that Saudi Arabia may increase production.

With geopolitical risk factors receding, oil may witness further losses as oversupply concerns return with a vengeance. An appreciating Dollar has compounded to the downside with WTI Crude trading marginally below $67.60 as of writing. Taking a look at the technical picture, WTI Crude is under intense selling pressure on the daily charts. Sustained weakness below $68.00 could open a path towards $67.00 and $66.70.

Gold sinks to a yearly low

Gold tumbled to its lowest level this year below $1230 amid an appreciating US Dollar.

Market expectations over the Federal Reserve raising interest rate gradually this year following Jerome Powell’s bullish testimony have also played a role in Gold’s heavy depreciation. With the yellow metal crashing below $1230, further downside could be on the cards in the near term. The selling momentum could send prices towards $1220 and $1206, respectively. 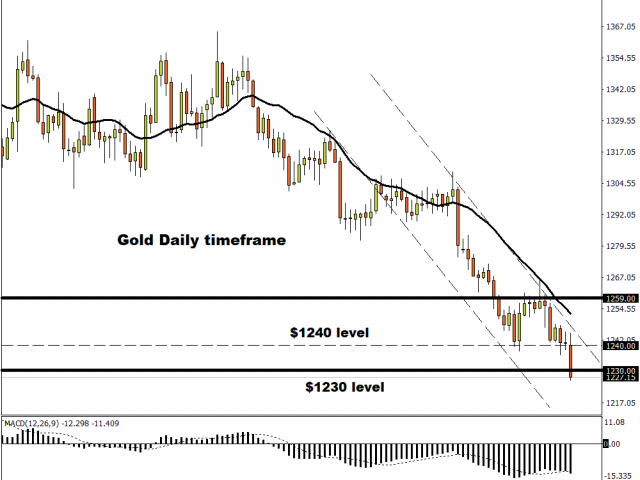