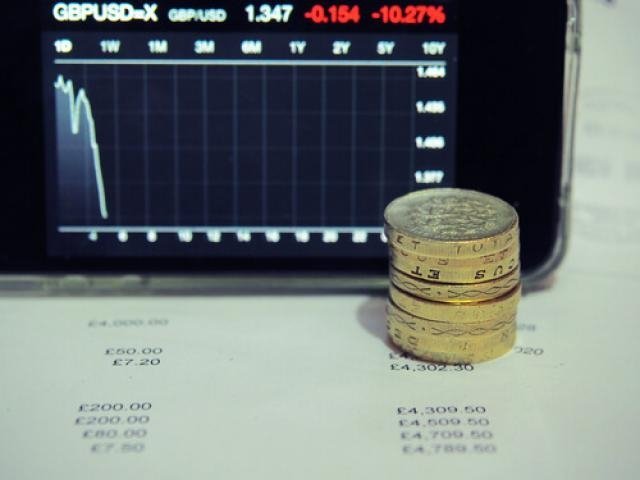 Repeated signs of easing inflationary pressures in the United Kingdom could plant a seed of doubt among investors about whether the Bank of England will be raising interest rates in August.

UK inflation has unexpectedly held steady at 2.4% for the third consecutive month in June, thanks to cheaper clothing and computer games. With inflation failing to pick up, disappointing wage growth and Brexit uncertainty fueling the bearish sentiment, the British Pound is in trouble. Market expectations are likely to deteriorate further over the Bank of England taking action next month following today’s inflation report; this could be good news Sterling bears.

The technical picture looks incredibly bearish, especially when considering how the GBPUSD plummeted to a 10-month low below 1.3020 this morning. Sustained weakness below 1.3030 could inspire a decline towards 1.2900. 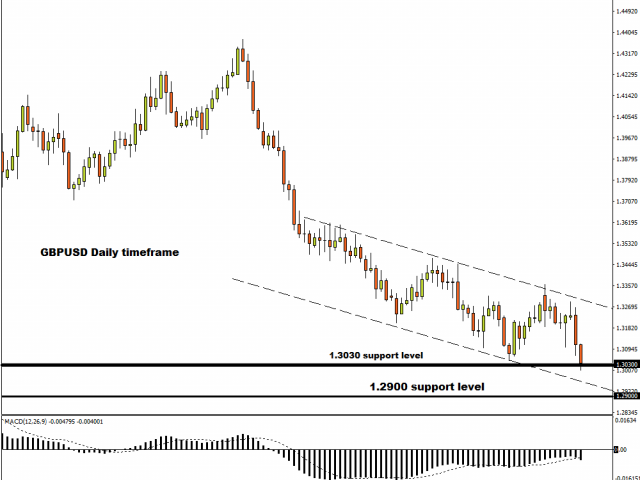 It is shaping up to be another brutal trading week for Gold with the metal plummeting to its lowest level this year against an appreciating Dollar.

The sharp depreciation witnessed on Tuesday continues to highlight how Gold remains extremely sensitive to its negative correlation against the Dollar. With Federal Reserve Chairman Jerome Powell reinforcing market expectations of two rate hikes this year, zero-yielding Gold remains a rewarding target for bearish investors. Gold is likely to be treated without mercy by a broadly stronger Dollar this week and this could translate to further downside.

Focusing purely on the technical picture, Gold is undeniably bearish on the daily charts. Daily bears won the battle after prices secured a solid daily close below $1236. With the yellow metal already extending losses today, the downside momentum could open a path towards $1200. 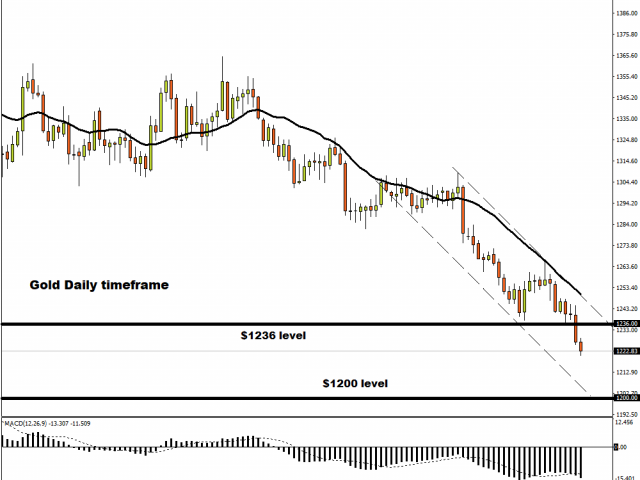 An appreciating Dollar has sent the EURUSD lower today with prices trading around 1.1620 as of writing.

The outlook remains bearish on the daily charts with 1.1600 acting as the first point of interest. A solid breakdown below this level could encourage a decline towards 1.1550. Alternatively, a move back above 1.1660 could trigger a move towards 1.1745. 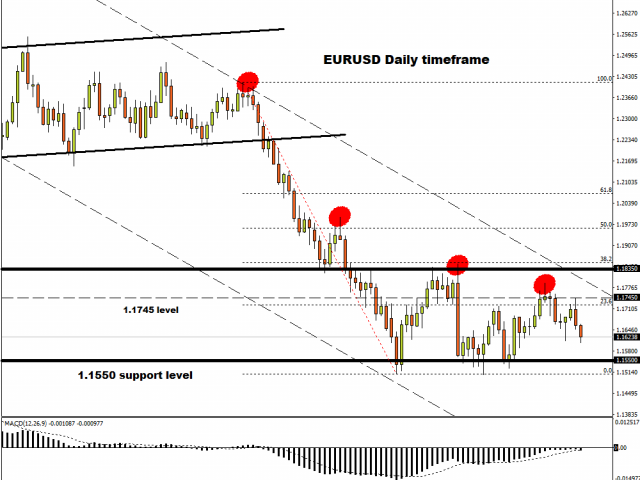 Dollar bulls were instilled with a renewed sense of confidence after Federal Reserve Chairman Jerome Powell struck an upbeat tone on the US economy during his first Congressional testimony.

Powell’s optimistic views on economic growth, the US jobs market and inflation simply reinforced the bullish sentiment towards the US economy. When queried about global trade tensions, the central bank head picked his words carefully by stating that it would be difficult to predict the consequences these could have on the economy. A key takeaway from the first day of Powell’s testimony was his comments on how it was best “to keep gradually” raising interest rates. The Dollar is likely to continue extending gains as market expectations mount over the Fed hiking interest rates two more times this year.

Bitcoin rebound - but for how long?

It is interesting how Bitcoin has sharply appreciated this week with prices punching above $7500 during Wednesday’s trading session.

What is even more remarkable is how the cryptocurrency remains supported despite the Dollar appreciating across the board. A possible driver behind Bitcoin’s rally could be markets simply shrugging off some regulatory concerns that have haunted attraction towards the cryptocurrency. Taking a look at the technical picture, Bitcoin could challenge $7780 if bulls are able to secure a daily close above $7500.