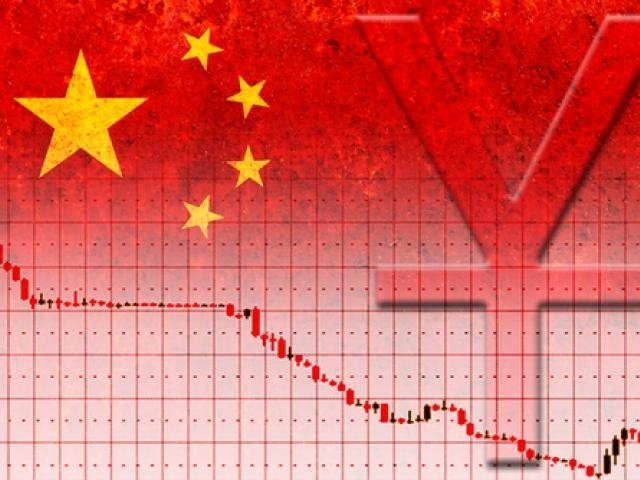 China’s Yuan is back under pressure, as the dollar bulls returned and the People’s Bank of China seems to be shifting towards a looser monetary policy to offset the impact of U.S. trade tariffs & slowing domestic economy. The PBoC injected a record $74 billion of Medium-Term Lending Facility credit into major banks yesterday. This step comes after the central bank has already cut its reserve requirements three times in 2018,with further r cuts expected in the next couple of months.

It is becoming evident that China is on the path towards looser monetary and fiscal policy. Such steps will eventually support the domestic financial markets. The CSI 300 Index traded 2% higher on Tuesday, after it fell into a bear market earlier in June. Meanwhile, the Yuan weakened to a 13-month low to trade past 6.8 per dollar. The Yuan’s fall and Dollar’s strength come despite President Trump’s accusation last week that China and the E.U. are manipulating their currencies. Although a weaker Yuan may offset some of the trade tariffs’ impact, further sharp declines will likely lead to capital outflows and another round of panic selling in emerging markets equities & debt.  After breaking 6.8, all eyes will be on the psychological level 7, which most likely be the trigger for the selloff.

Bond markets also seemed to be challenging Trump’s criticism of the Federal Reserve’s tightening stance. Not only did the U.S. 10-year yields bounced to a 5-week high of 2.97%, but the shorter term 2-year yields also hit a new decade high of 2.64%, suggesting that the Fed will raise interest rates two more times in 2018.

Despite the war of words between President Trump and his Iranian counterpart Hassan Rouhani, gold and oil prices edged lower on Monday and during early Tuesday trade. The fall in both commodities suggests that investors are not expecting further escalation in tensions and are instead focusing on market fundamentals.

The precious metal is likely to remain under pressure if emerging market currencies continue to plunge, particularly the Yuan. The correlation between the Yuan and the Gold has been so strong recently and I think this will continue to be the case for the foreseeable future. Gold has been on a downtrend since April, and last week managed to break below the uptrend line from December 2015. The next critical level to watch is 1,200 as a break below may lead to further selling pressure.