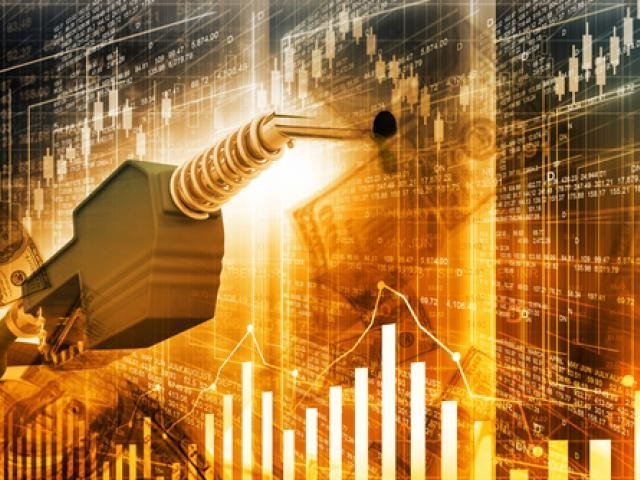 Oil is back on the move again after the recent attack against a ship off the coast of Yemen carrying oil. The Saudis have suspended shipping around that area until the security situation is much clearer, and many are believing this may be a new turn in the Yemen civil war, as the rebels look to put pressure on Saudi Arabia's economy. Adding further weight behind the increase in oil was the data out today on US inventories, which showed a drawdown of -6.15M barrels (-3M exp) and gasoline inventories dropping sharply as well. With all this pressure the only thing holding back oil from rising higher so far has been the strong USD, but that's not to say that we won't be seeing 70 dollar barrels of oil anytime soon, the market is looking bullish after some sharp selling. 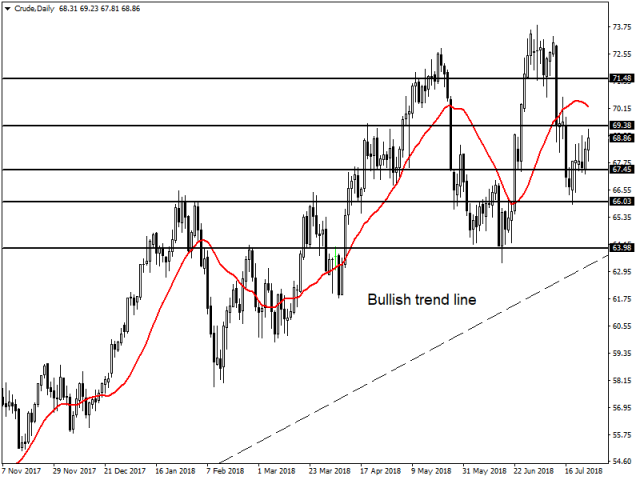 With that in mind traders will be looking to target resistance at 69.38 just short of the 70 dollar level, with a possible further extension up to 71.48 in this instance. The 20 day moving average could also act as resistance, but oil has not been playing off it heavily as of late. If the bears look to come back into the market then support levels can be found at 67.45, 66.03 and 63.98, with the 63.98 level likely to be a major pivot point with the trend line there as well. All in all though markets  for oil continue to look increasingly bearish as US economic data shows growth, and as the world's largest consumer it will look to consume more.

The other big mover for me today and this comes off the back of politics is the S&P 500 which has shot up higher on the back of Trump and Junker announcing there will be no trade war between the two economies. Markets were worried that Trump could stagnate markets if he went to war with the EU as well, but this is not going to be the case after both banded together in front of the screens to say crisis averted. Certainly the economic boost from the US is also helping equity markets and there is more that can be done I feel in the long run. 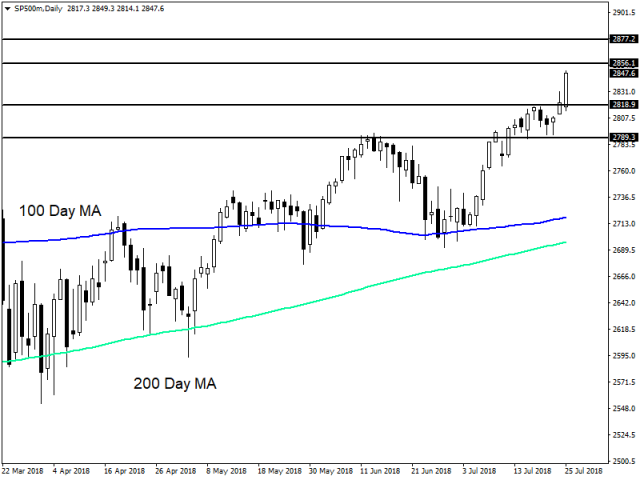 For me the S&P 500 is looking quite bullish at present and we may see a run up to resistance at 2877 in the  current market environment. I know at this time it has come up just short of 2856, but expect this to be tested in the short term as traders seek to probe the markets sentiment. If the bears do come back in and take control then support can be found at 2818 and 2789, with the potential to go lower, but right now things are looking positive for the equity markets at least in the short term.