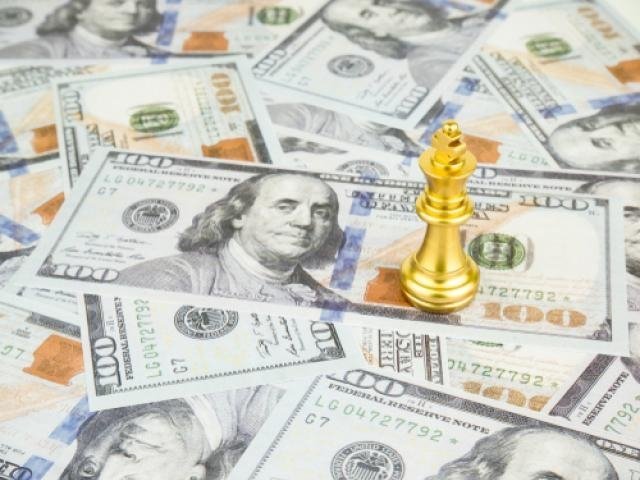 Asian stocks have already closed on a mixed note this morning, with European markets stabilizing ahead of the anticipated US GDP report this afternoon. Although the gut-wrenching selloff in Facebook shares weighed on Wall Street yesterday, US stocks could recover if US GDP data paints a positive picture of the US economy.

The trading week has undoubtedly been dominated by global trade developments and we may see this theme roll over into next week. Now a trade truce has been secured with the EU, will the United States be able to find a middle ground on trade with China? This remains a recurrent question on the minds of many investors.

Dollar appreciates ahead of US GDP

Dollar bulls were injected with a renewed sense of confidence yesterday after positive economic data boosted sentiment towards the US economy and reinforced rate hike expectations.

The encouraging jobless claims figures and durable goods orders stimulated buying sentiment towards the Dollar, consequently sending prices higher. With the attraction for the Greenback rolling over into Friday’s trading session, the Dollar Index has rallied towards the 94.90 level as of writing. Investors will direct their attention towards the pending US Q2 GDP report which could shape Fed rate hike expectations. A solid pickup in US economic growth during the second quarter of 2018 could send the Dollar Index back above 95.00 and beyond.

The Euro’s recent weakness has more to do with an appreciating Dollar rather than the European Central Bank.

Market players hoping the ECB would create some fireworks were left empty-handed after the central bank offered no surprises during July’s policy meeting. As widely expected, interest rates were left unchanged, while the central bank reiterated its pledge to end QE by the end of 2018. The highlight of July’s meeting was when the ECB repeated that interest rates will be left on hold until “at least through summer of 2019”.

The divergence in monetary policy between the Federal Reserve and European Central Bank is likely to keep a lid on the EURUSD in the medium to longer term.

It has been another bearish trading week for Gold mostly due to a stabilizing US Dollar.

Easing trade tensions between the United States and European Union have eroded appetite further for the precious metal with prices trading around $1218 as of writing. With the Dollar likely to remain buoyed by Fed hike expectations, the outlook for Gold remains grim.

Much attention will be directed towards the pending US GDP report this afternoon which could deal Gold the knockout blow. A strong US GDP print may ultimately strengthen the Dollar, inevitably translating into further downside for the precious metal. In regards to the technical picture, a breakdown below $1213 could inspire a decline towards $1200. 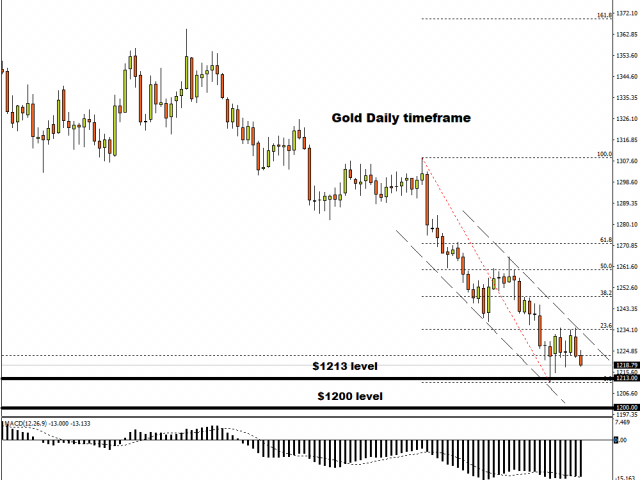