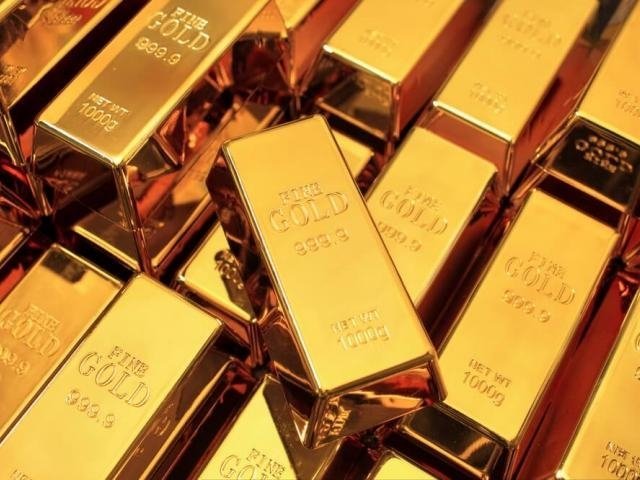 There were no surprises today when it came to the US interest rate decision with interest rates remaining flat on 2%. The big surprise, however, was that the FED was not more upbeat than usual, which markets had kind of expected. For now the focus from the FED remains firmly on maximum employment in the US as well as systematically focusing on that 2% inflation goal. Funnily enough the FOMC did not mention the trade risks at hand as the US looks to raise further tariffs on China again, which is also likely to impact the dollar in the short term. Despite the tariffs the US economic situation is such that it continues to expand at a pace and the American economy is for the most part looking very strong and the market's attention will now shift to the upcoming non-farm payroll figures due out on Friday.

One of the big losers so far though has been gold which continues to find itself under sustained pressure on the back of USD strength, and as investors believe the economy is likely to keep expanding come what may of the tariff situation. It seems very much likely that the USD will continue to strengthen as traders move into the US dollar as interest rates pick up. This will add further pressure on gold, as the once famous hedge continue to lose its shiny allure to the gold bugs in the market. 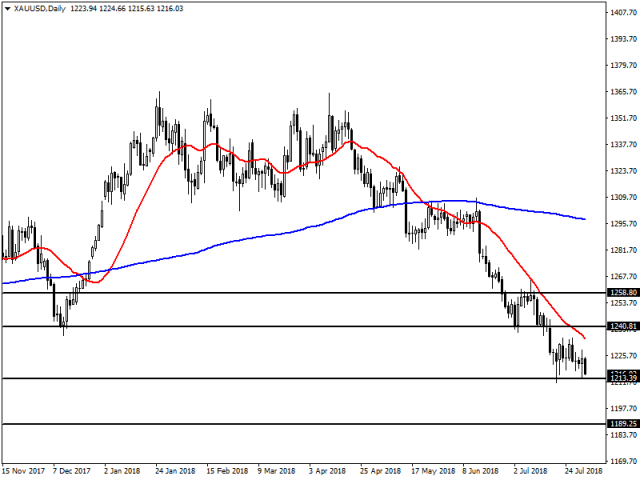 Looking at gold on the charts and the technical pressure from the bears is really having an effect with gold finding no relief since April this year, it has been a slow and steady bearish motion which is continuing at present. With gold moving lower and looking like it may touch resistance at 1213 the market will be checking to see if it can still hold on a third touch. If it does indeed hold out, I would be watching non-farm on Friday as this could be the catalyst that sends it crashing through to the next level of support at 1189. Resistance levels can also be found at 1240 and 1258 as well, if the bulls decided to come back into the market, though at present it may be a hard ask.

The other key player in the market worth watching at present is the USDCAD which has found itself under pressure again. This is currently going against the grain as the USD has strengthened and oil prices have fallen at the same time. 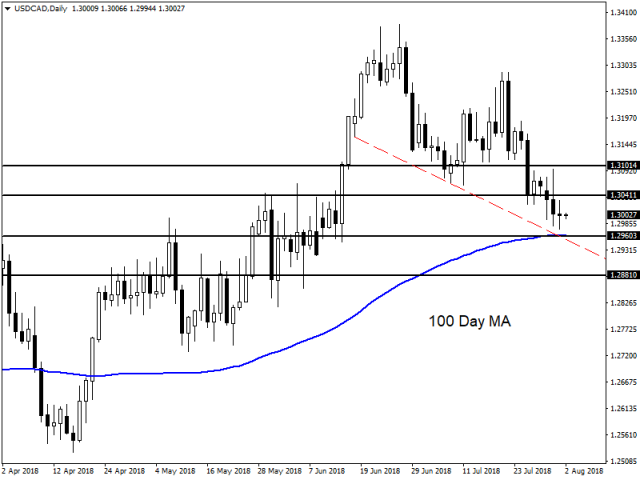 On the charts the USDCAD is looking to test support at 1.2960, which also intersects with the 100 day moving average, so we could find the bulls very resilient around this sweet spot. If we do see a solid bounce higher then resistance can be found at 1.3041 and 1.3101 as well, but it maybe that USD bulls here are waiting on non-farm before really having a push.