Dollar steady ahead of US jobs report while Gold sinks 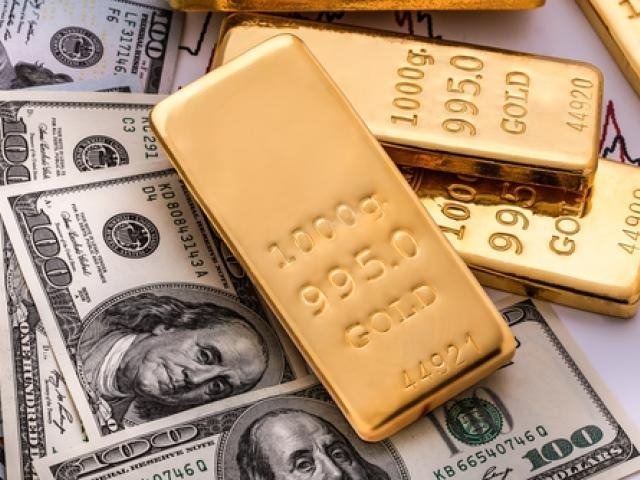 It has been a rough trading week for financial markets as heightened trade tensions between the United States and China sapped global risk appetite.

The Trump administration’s unpredictability on trade has clearly dealt a blow to sentiment and this continues to be reflected across global equity markets. Asian stocks concluded mixed this morning due to renewed trade worries encouraging investors to adopt a guarded approach. Although European equities have inched higher, the upside may be limited caution ahead of the release of the US jobs report for July.

Will July’s US jobs report push the Dollar higher?

Dollar bulls were injected with fresh inspiration this week after the Federal Reserve’s hawkish policy statement for August reinforced market expectations of higher US interest rates.

Today’s key risk event for the Dollar will be the jobs report for July, which could offer fresh insight into the health of the labour markets. The US economy is expected to have created 193k jobs in July, with average earnings up by 0.3%, while unemployment is projected to remain steady at 4%.

While every piece of the US jobs report is highly important, there will be a strong focus on wage growth figures, as signs of accelerating wage growth may fuel speculation of inflationary pressures rising. Building inflationary pressures in the United States are likely to heighten speculation over the Federal Reserve adopting a more aggressive approach towards monetary policy normalization. With the Dollar heavily influenced by monetary policy speculation, expectations of higher US interest rates could translate to further upside.

Technical traders will continue to closely observe how the Dollar Index behaves above the 95.00 level. A solid weekly close above 95.00 could encourage an incline towards 95.50 and 96.10, respectively.

A broadly stronger Dollar has offered nothing but pain and misery to Gold, which tumbled to a fresh yearly low below $1206 during Friday’s trading session.

It is becoming quite clear that market expectations over higher US interest rates have dented appetite for the zero-yielding metal. Gold’s pain could be intensified today, depending on how markets react to the US jobs report that will be released this afternoon. With the precious metal already heavily bruised, a strong jobs report may throw the knockout blow for prices to dip below $1200. From a technical standpoint, Gold remains under pressure on the daily charts. The downside momentum could send prices towards $1200 in the near term. 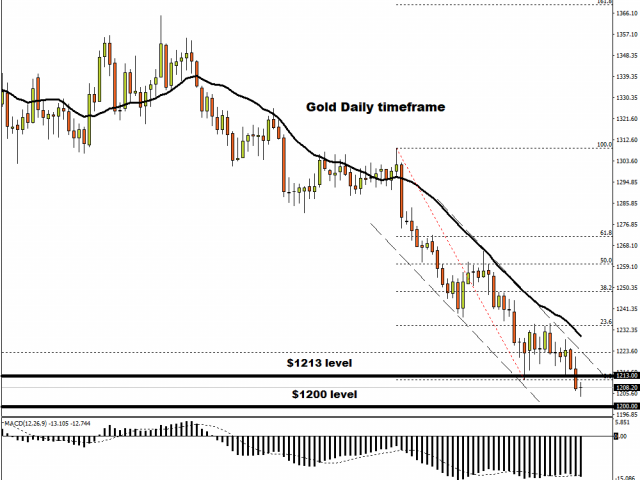