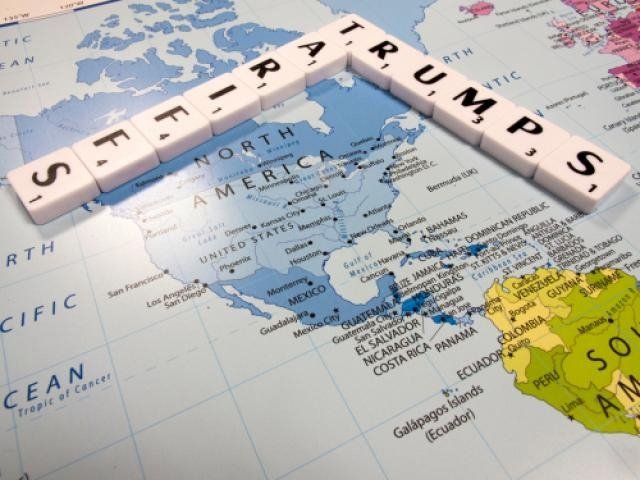 Escalating trade tensions between the U.S. and China remain the financial markets’ hottest topic.  President Trump seems to be celebrating winning the first battle of this war, saying that “tariffs are working big time” in a Tweet on Sunday. He believes that they will enable the U.S. to start reducing the large amount of debt accumulated throughout Obama’s administration. Trump also cited that the steep fall in Chinese equities as evidence that tariffs are working. In his opinion, they will make the U.S. much richer than it currently is and that “only fools would disagree”.

The tariffs so far are approximately on $85 billion of imported goods. Assuming a 25% tariff, it would raise $21.25 billion. This number represents 1.33 % of the $1.6 trillion in additional debt President Trump has accumulated since taking office in 2017 and only 0.1% of the current $21 trillion in total debt. So, it doesn’t seem the imposed tariffs would reduce the American debt substantially.

In my opinion, a large portion of the tariffs will be paid by U.S. consumers and I also expect CPI figures to begin reflecting these higher prices, especially if Trump’s administration imposes additional tariffs on $200 billion of Chinese goods. Rising inflation leads to higher U.S. interest rates, translating into higher cost of borrowing and debt servicing. Several U.S. companies have cut their profit forecast as a result of these tariffs, especially car makers; shares of GM, Ford, and Fiat Chrysler fell sharply after announcing their results. Other U.S. companies affected by Trump’s global trade war include Tyson Foods, Harley Davidson, United Technologies, Caterpillar and Coca-Cola, among several others.

This explains why the S&P 500 failed to reach a new record high, despite 81% of companies so far managing to beat their profit forecast in one of the best earning seasons in history. Given that we’re almost at the end of earning season, trade wars will return to dominate the headlines. The next big risk is likely to be the U.S. midterm elections in November. I think there’s a high chance that the Democratic Party will take over the U.S. Congress and end the Republican single-party control. This won’t be good news for equities, and I expect to see rotation to non-cyclical stocks and an increase of cash in investors’ portfolios.