AUD in focus ahead of RBA statement 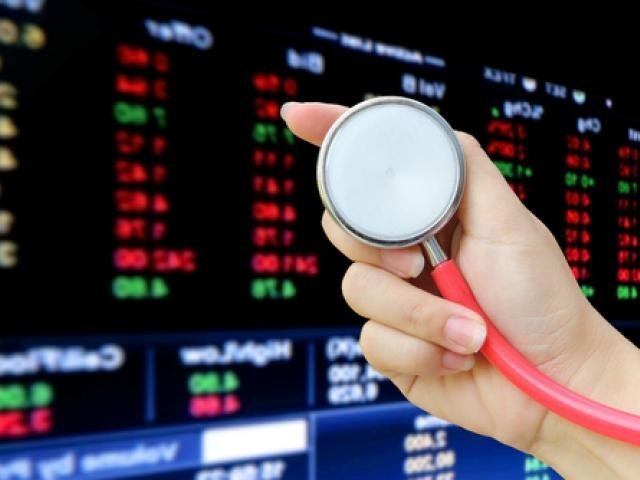 The Australian dollar is back in the spotlight with the upcoming Reserve Bank of Australia (RBA) interest rate announcement.  Markets are expecting that the RBA will look to hold rates firmly at 1.5%, as growth and inflation continue to be sluggish even with an expanding labour market. What will be key for markets and future growth is around the text that comes shortly after, with the market expecting things to remain Dovish for the time being and a rate hike unlikely to be until at least next year. One of the key worries could be of course the trade war between the US and China, with Australia likely to be effected if there was a slowdown in China, given it is Australia's largest trading partner. 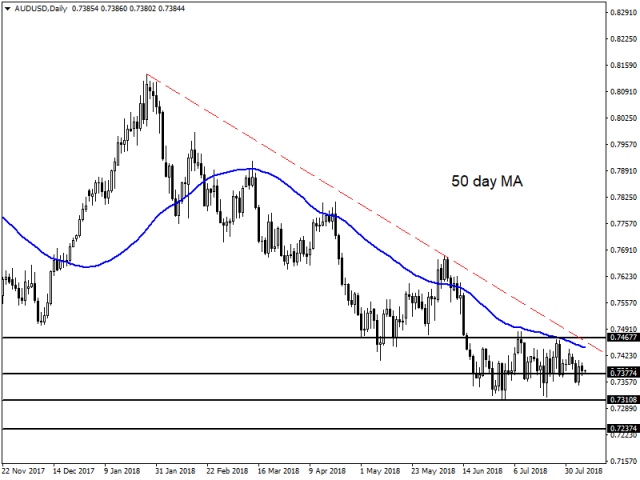 The AUDUSD will be the key pair in focus at present with weakness likely to continue in the long run, as the USD continues to be the dominate currency. For the AUDUSD bears this could be the time to strike but only if the RBA is much weaker than expectations, right now a weak RBA has already been priced in. Despite all of this the AUDUSD is hovering about support at 0.7377 right now, with the bears potentially looking to push it back towards 0.7310. If they get a very dovish statement then I would expect that 0.7237 would also be targeted quite heavily. On the flip side if we saw a more hawkish statement, which would be a surprise, then resistance at 0.7467 is likely to be the main target. However, the 50 day moving average and the trend line here present large problems for any bulls looking to come back into this market.

The other big loser in the markets recently has been the pound as pressure from the Brexit situation continues to be a major problem. Markets are incredibly uncertain that any deal can potentially be reached before the deadline and it looks more and more certain that political uncertainty could thrust the UK into a stick situation. Carney has been one of the many to comment on the issue, but so far it looks like there will be no short term solution on the major sticking points. 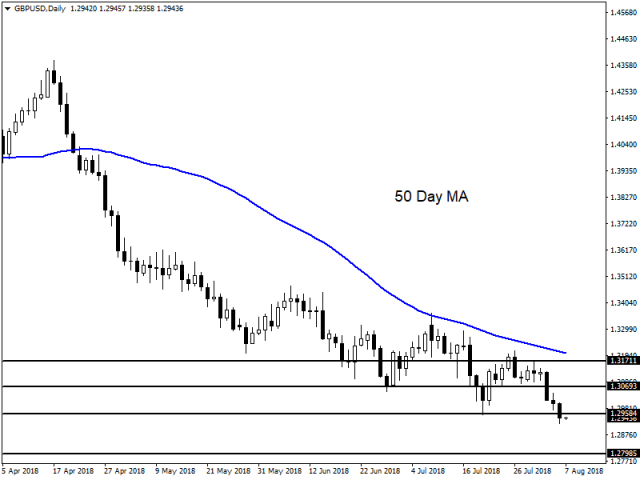 Looking at the GBPUSD and it has fallen to an 11 month low at present, with the potential to go even lower in this environment. Each wave has been progressively weaker and as a result markets are expecting any bullish movements to struggle against resistance at 1.3069 and 1.3171 - with the 50 day moving average also likely to act as resistance. For the bears the next key level they will be targeting will be 1.2798 in this market, but I would be cautious of political news which would wipe any gains quickly.