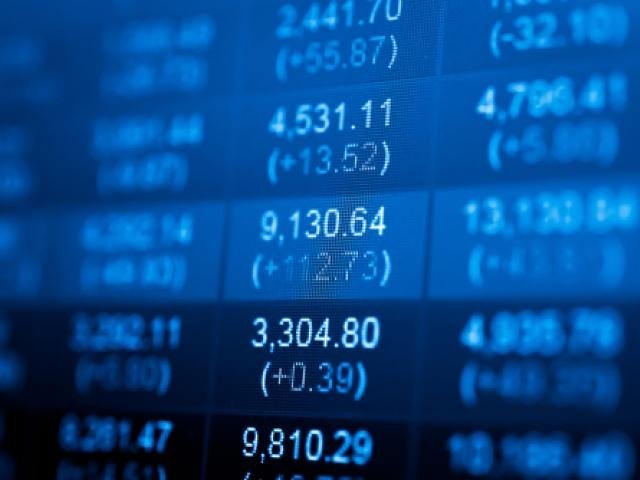 Global equity bulls were lingering in the vicinity during Tuesday’s trading session as investors diverted some attention from trade war concerns to focus on strong U.S corporate earnings.

Asian stock markets have ventured higher following the robust earnings-led gains on Wall Street overnight. Although the positive domino effect from Asia is likely to support European equities and trickle back down to Wall Street later this afternoon, upside gains may be limited this week. With escalating U.S - China trade tensions eroding investor confidence and renewed U.S sanctions on Iran compounding to the uncertainty, market sentiment is likely to remain cautious moving forward.

Dollar bulls take a breather, but remain in control

The Dollar has slipped against a basket of currencies today as investors engaged in a bout of profit taking after prices kissed the 95.50 level during the previous trading session.

Dollar strength is likely to remain a dominant market theme as escalating U.S - China trade tensions prompt investors to seek protection in the Dollar, which is now seen as a safe-haven asset. Another major theme that continues to stimulate buying sentiment towards the Greenback is the heightened speculation over higher U.S interest rates this year.

Regarding the technical picture, the Dollar Index remains bullish on the daily charts. Bulls need to conquer the 95.50 resistance level to open a clear path towards 96.10 and 96.50, respectively. Although a breakdown below 95.00 could trigger a decline towards 94.80, bulls remain in firm control above the 94.18 higher low.

Sterling turns to Dollar for support

Investors should be under no illusion that the Pound’s appreciation today has to do with a change of sentiment towards the currency.

With fears over the possibility of a hard Brexit leaving investors extremely wary of holding the Pound, the currency’s outlook remains tilted to the downside. Although a vulnerable Dollar has offered Sterling bulls a false sense of security today, investors may simply exploit the rebound to drive prices lower.

The technical picture illustrates that the GBPUSD remains firmly bearish on the daily charts. Bears remain in firm control below the 1.3000 psychological level with 1.2900 and 1.2860 acting as important checkpoints for bears if the downside momentum holds. 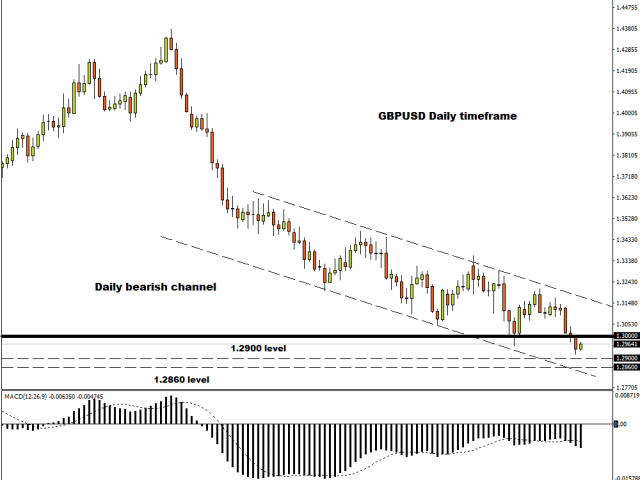 Gold was offered support in the form of a weaker Dollar during Tuesday’s trading session with prices trading around $1215 as of writing.

While the precious metal could struggle higher in the near term if the Dollar continues to weaken, the medium-to-longer term outlook for Gold remains bearish. It is becoming quite clear that the Dollar is starting to outshine Gold as a safe-haven asset while expectations of higher U.S interest rates have translated to further pain for the zero-yielding metal. With the bearish fundamentals behind the yellow metal’s depreciation well-aligned with the technical, further downside is certainly on the cards.

Focusing on the technical perspective, Gold continues to fulfil the prerequisites of a bearish trend on the daily charts as there have been consistently lower lows and lower highs. Sustained weakness below $1213 could invite a decline towards $1200. Alternatively, a solid breakout and daily close above $1213 may trigger a rebound towards the $1224 lower high. 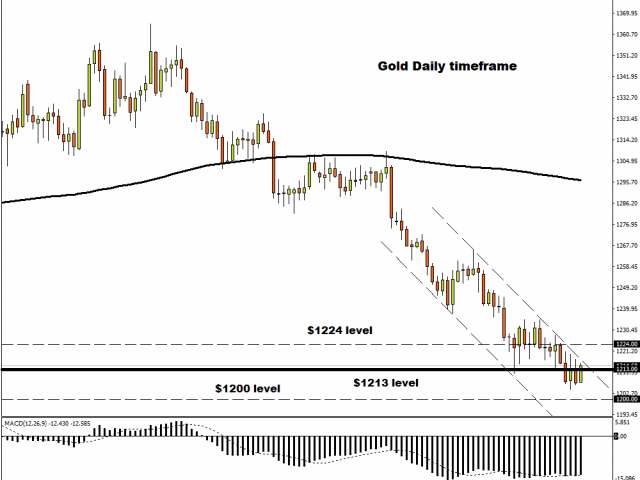