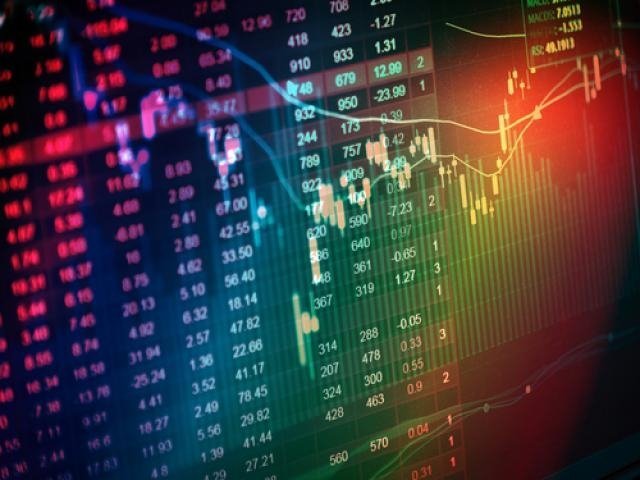 The major winner today was the US stock market as it continued to surge higher on corporate earnings and an upbeat jobs report as JOTLS openings came in strong at 6.66M - despite being below forecasts of 6.74M. The US economy is very much looking stronger, despite the political and trade uncertainty that has blighted the current administration and this can be reflected in the rise in equities at present and market bullishness. The focus going forward this week will be if strong GDP figures are able to translate into strong CPI figures in the long run, with the market expecting a reading of 0.2% on Friday, anything above this would be seen as quite the bullish sign I feel, even though it may push further rate rises. 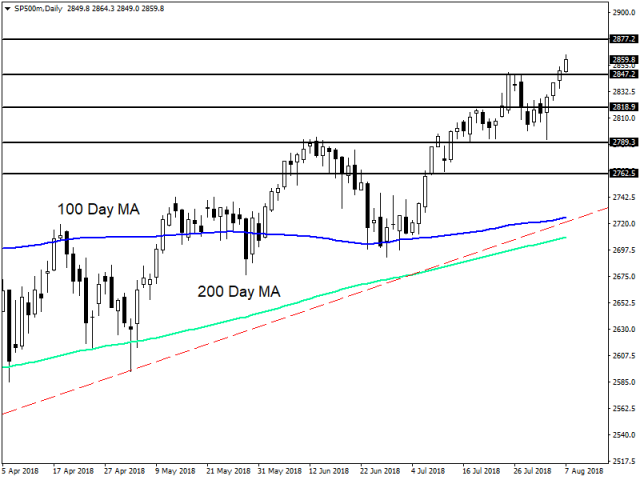 Looking at the S&P 500 and it's clear to see that the bulls are making the most of the case for higher highs at present. The market is pushing up towards resistance at 2877 and is likely to have a real push on the back of recent corporate earnings; had Facebook not had a hiccup then it may have already reached that milestone as it stands.  Support levels can be found at 2847 as can be clearly seen, and 2818, 2789 and 2762 if the bears would look to strike. The test will be of course on that 2877 level and if we do a stall here, expect the market to potentially look to profit take.

The Australian dollar has been a surprise winner today as it has climbed back up the charts on the USD weakness. Yesterdays flat interest rate announcement was followed up by worries from the Reserve Bank of Australia (RBA) that there will be an economic impact from the drought that is affecting parts of Australia's agricultural industry.  However it's not all doom and gloom and the RBA is expecting that it will see GDP growth for 2018-2019 lift to 3%, which has left many expecting that come Friday the RBA will increase its guidance for the economy going forward. This could also help bring about some guidance when it comes to further interest rate rises as well, but it's very much a fingers crossed scenario with the market being a little rough. 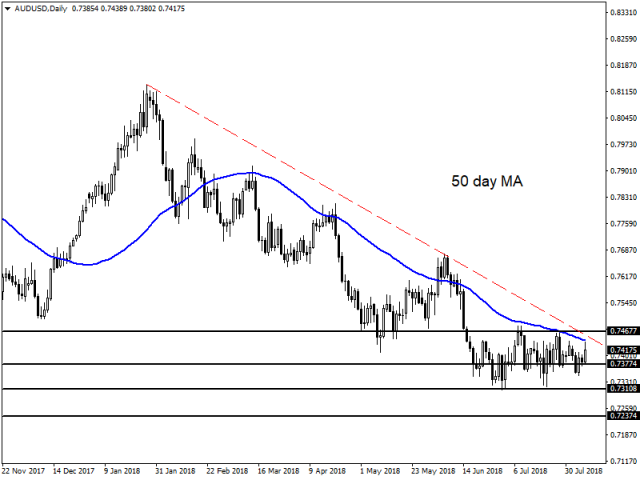 So far the AUDUSD has lifted higher on the back of the weak USD, but has failed to get any higher after the 50 day moving average warded off any bullish momentum. This coupled with the trend line is likely to halt any bullish movement in the market at present, and resistance at 0.7467 could be very much a hard ask. If the bears come back into the market swinging then 0.7377 is likely  to be the first target of business, with further falls to 0.7310 and 0.7237 likely to be on the cards in the long run.