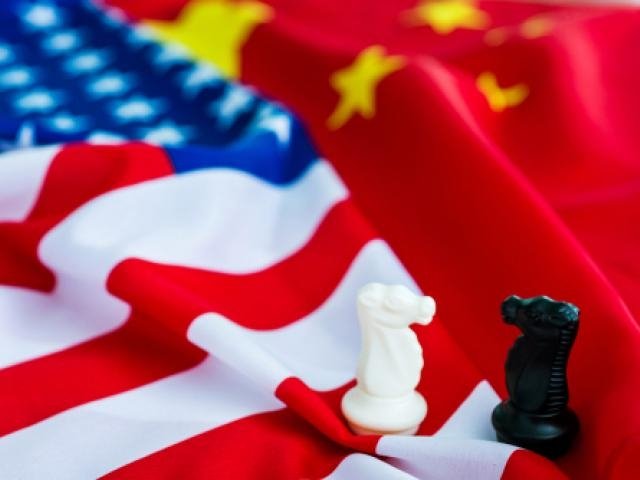 Fears of a full-blown trade war between the world’s two biggest economies are set to intensify after the Trump administration announced another round of tariffs on Chinese products on  Tuesday.

In a move that is likely to cause the further deterioration of US - China trade relations, the United States will begin imposing 25% tariffs on $16 billion of Chinese imports starting from 23 August. With Beijing expected to fight back by targeting $16 billion worth of US goods with equal tariffs, the US - China trade saga could get even messier.

Asian stocks closed mixed on Wednesday as investors focused on positive US earnings and expectations that China will stimulate its economy amid the deepening trade tensions. In Europe, shares have already edged lower this morning and could remain pressured as US - China trade tensions encourage market players to adopt a guarded approach to riskier assets.

Sterling was pounded by the Dollar and most of its major counterparts on Wednesday as fears heightened over the UK exiting the European Union without a trade deal in place.

Concerns of a potential hard Brexit scenario have haunted investor attraction towards the Pound and have left the currency vulnerable to downside shocks. The currency is likely to remain depressed ahead of Friday’s second quarter UK GDP report, which could offer fresh insight into the health of Britain’s economy. While a solid GDP print could throw the bruised Pound a short-term lifeline, any meaningful gains may be obstructed by Brexit-related uncertainty and an appreciating Dollar.

Regarding the technical picture, we remain bearish on the GBPUSD on the daily charts. Bears have maintained firm control under the 1.3000 level with prices currently challenging 1.2900. A solid daily close below this level could encourage a decline towards 1.2860 and 1.2790, respectively. 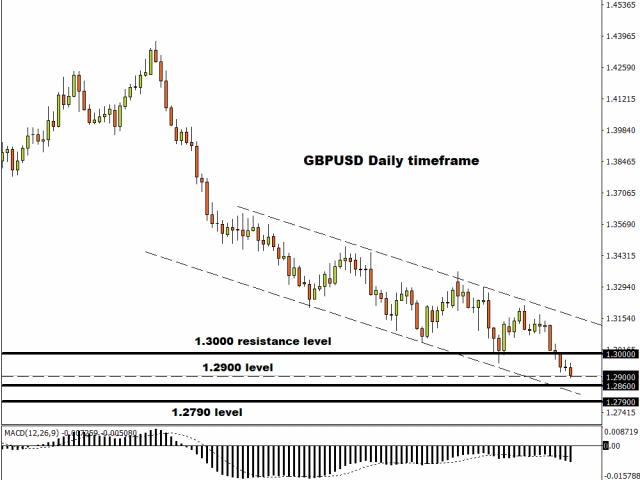 Investors who were looking for a fresh opportunity to attack Bitcoin were given the thumbs up after the US Security and Exchange Commission (SEC) postponed its decision on approving the first ever Bitcoin ETF.

The selloff witnessed on Bitcoin continues to highlight how extremely sensitive the cryptocurrency remains to the ETF developments. Cryptocurrencies could receive a solid boost and end up becoming the main talking point across financial markets if the SEC approves a Bitcoin ETF in September.

Taking a look at the technical picture, Bitcoin is under pressure on the daily charts with prices trading marginally below $6500 as of writing. Sustained weakness below $6500 could encourage bears to drag prices towards $6250.

Although the current trajectory for Bitcoin is tilted to the downside, the outlook could change if a Bitcoin ETF becomes reality.

The medium to longer-term outlook for the EURUSD remains bearish due to the monetary policy divergence between the Federal Reserve and European Central Bank.

Regarding the technical picture, a rebound seems to be in process on the daily charts with prices trading towards the 1.1630 dynamic resistance. Sustained weakness below this level could encourage a decline back towards 1.1550 and 1.1508, respectively. If bulls are able to break above 1.1630, then prices have scope to challenge the 1.1700 level. 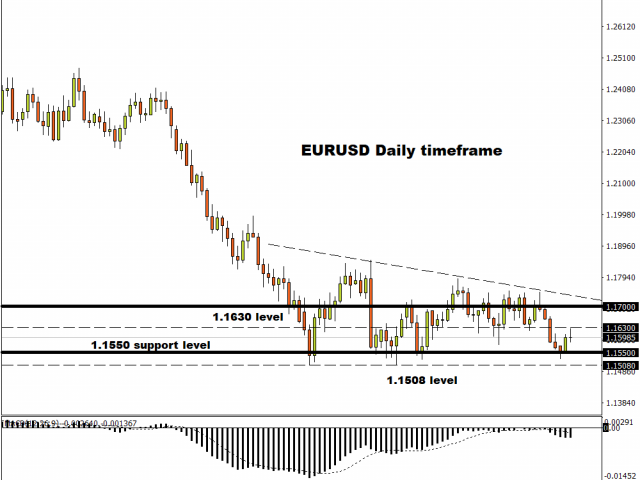