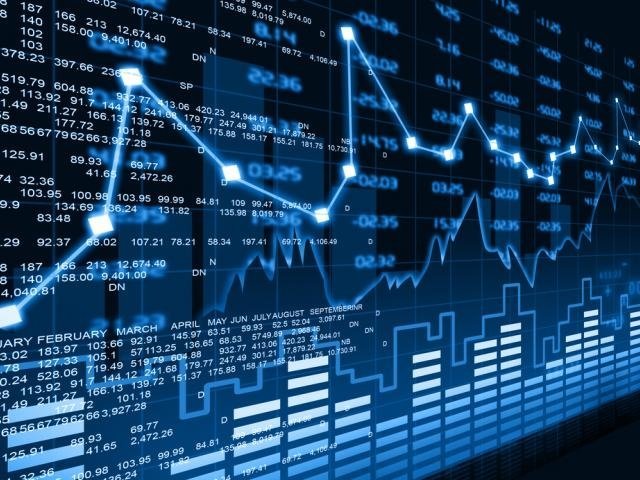 It's been an exciting morning for the Reserve Bank of New Zealand as they announced that they see rates being held at 1.75% until 2020 in the current market environment . This pails in regards to previous assumptions from economists that we would see a rate rise in early 2019, and with that thrown out of the window the NZD has fallen accordingly. There is hope that the NZ economy will see moderate growth to say the least, and that core inflation will also pick up in the long run, however all things considered and a trade war going on, it may be a hard ask to say the least. One thing is very clear though, and that is the RBNZ has taken a very dovish stance and provided some stern guidance on expectations and as a result markets will be looking to price this in. 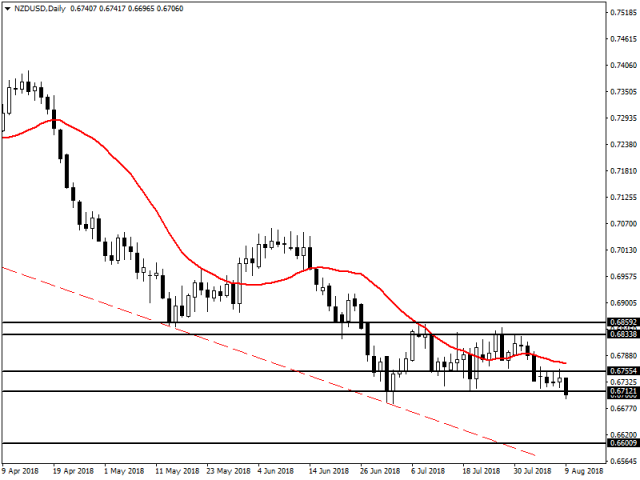 For the NZDUSD it has been a case of free fall at this stage with the NZDUSD crashing through support at 0.6712 and heading down towards support at 0.6600. Certainly this is what the RBNZ is hoping for as a weaker kiwi dollar leads to higher export prices for producers. If the NZDUSD is able to swing things around and actually be bullish then resistance at 0.6755 is likely to be the main focus, with the 20 day moving average hovering around there. Beyond this there is a strong resistance band at 0.6833 and 0.6859 which will likely contain any bullish ambition. All in all though, it's likely the bears that will remain in control on the back of all this news.

The other big mover today has been oil as it shot down the charts on some bearish swings. The catalyst of course was oil inventory data which showed a weaker than expected drawdown of -1.35M barrels (-3M exp) and a surge in gasoline inventories as well to 2.9M (-1.9M exp). All of this has taken the heat of the oil market which had been looking stronger on the back of Iran sanctions. 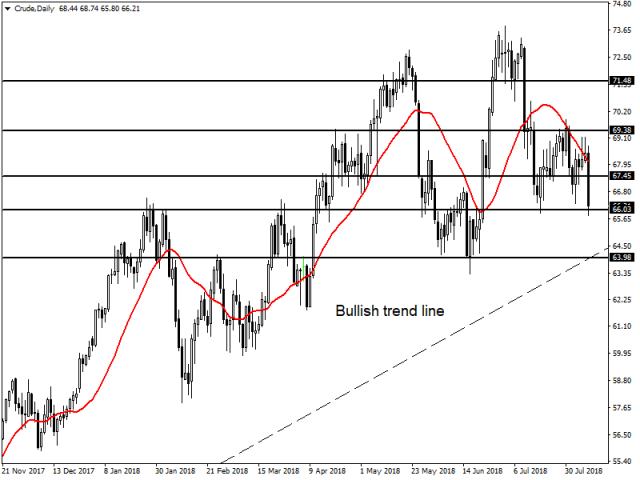 Looking at the movements of oil on the charts, it's clear to see that it has shot down lower and hit support around 66.03 in this instance, before seeing a small retreat. If we continue to see bearish pressure here then I would expect a fall to 63.98, but more importantly there is the trend line which could create an even bigger hurdle given it's bullish. If the bulls are able to come back in then resistance at 67.45 and 69.38 are likely to be the key targets, with the market seemingly being a little unsure on oil being over 70 dollars a barrel.