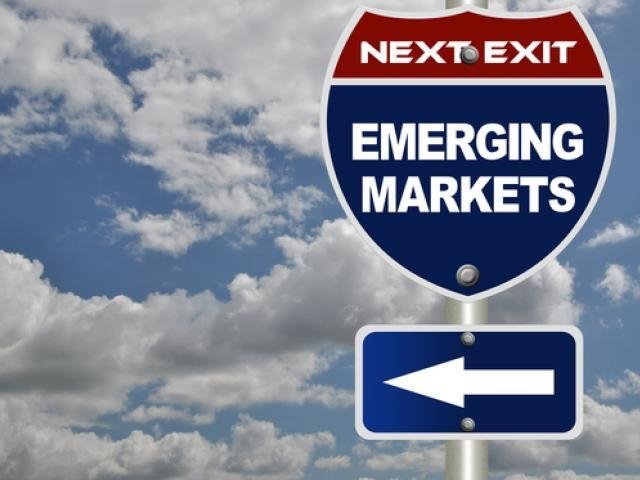 Emerging market currencies are ending the week with a brutal sea of red across the board, with consistent losses throughout Asia, while the South African Rand and Turkish Lira are leading the way with losses within the EMEA. The Rand dived more than 1.10% on a lack of risk appetite, whereas the Turkish Lira is the talk of the town after plunging an astonishing 10%.

For a brief moment the Russian Ruble looked like it would be an exception to the rule of currency market weakness, with the currency trying to regain its initial losses in the aftermath of new US sanctions on Russia a few days back, but I would expect the Ruble to remain under pressure as “risk off” limits attraction to emerging assets.

Obviously the talk across the global markets and investors around the world will be the freefall of the Turkish Lira. The last time I can remember a currency exploding into a similar acceleration of weakness to what we have seen in the past 24 hours is the Russian Ruble crisis that transpired late in 2014.

The Turkish Lira is in a state of crisis, as a result of investor confidence in Turkish assets remaining at alarmingly low levels. It is astonishing that no matter how punished the Lira looks, traders are showing absolutely no indication that they are finished with pricing in “bad news” into the market.

The issue that global investors now need to take into consideration is that the recipe for a currency crisis in Turkey is now presenting a risk of a contagion knock-on effect across other markets. This is just another threat that traders need to factor in, when you consider that the markets are already overwhelmed with prolonged tension around the global trade war narrative, and the unpredictable nature of the Trump Administration that has seen a threat of sanctions on Turkey, new sanctions imposed on Russia and re-imposed sanctions on Iran in just over one week.

Simply put, there are a lot of different risks that investors are needing to monitor on a constant basis right now.

A limited volume of these headline risks stem from macro-fundamentals, but an overwhelming majority of them are encouraged by a mixture of both geopolitical tensions and political risk. Due to the uncertain nature of both geopolitical and political risks, which are remaining rampant themes across global headlines, it is difficult to foresee when the current investor mindset towards taking on “risk” will actually change.

This means that we can expect a prolonged mixed sentiment towards global stocks, low attraction towards emerging market currencies but a stronger Dollar and Japanese Yen.

Both the Euro and British Pound have suffered from fears of a contagion knock-on effect from the Turkish Lira crisis. There are fears that European markets are more exposed to Turkey shocks than has been priced in, while traders are jumping on any opportunity to sell the Pound at present.

The Pound has itself tumbled from 1.30 to marginally above 1.27 within a matter of days. The British Sterling desperately requires some positive news around Brexit negotiations, otherwise the negative investor sentiment presents a risk that Pound selling could accelerate further down than the 1.20 ladder within a matter of weeks.

For currency traders, the one trend that seems to be consistent and supported from investors is that they remain positive on the Greenback. The US Dollar surged to new 2018 highs in the early hours of Friday morning on a mixture of concerns over the currency situation in Turkey, consistent expectations on the performance of the US economy and the outlook that the United States should be better prepared to handle the negative headwinds from a trade war, in comparison to those economies that it targets.