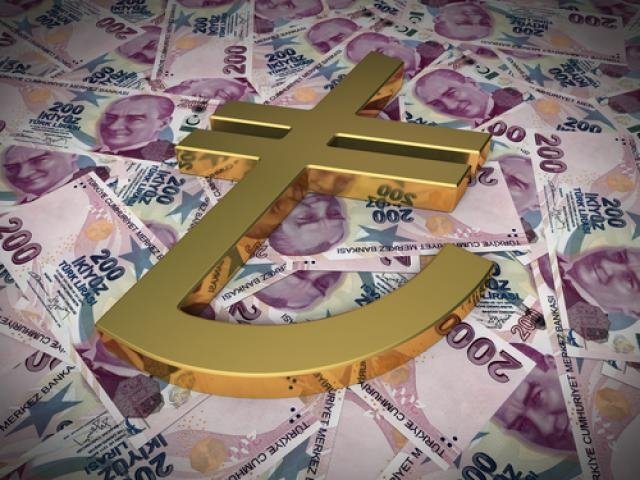 The Turkish Lira was treated without mercy by sellers on Monday after Turkey's President Recep Tayyip Erdoğan warned the country was in an ‘economic war’.

Investors have become extremely wary of holding the Turkish Lira as concerns mount over the nation descending into an economic crisis. External factors in the form of an appreciating Dollar has accelerated the downside while domestic risks revolving around high inflation and political instability simply compounded to the Lira’s woes. With the USDTYR punching above the psychological 7.00 level amid the chaos in Turkey, further losses could be on the cards. Technical traders will continue to closely observe if the USDTRY is able to secure a solid monthly close above 7.00. With no floor in sight for the Lira's decline, it will be interesting to see how much further prices depreciate beyond 7.00.

It is remarkable how Gold prices tumbled below $1200 today despite the financial crisis in Turkey weighing on global sentiment and fuelling risk aversion.

For those who may be wondering why Gold continues to depreciate amid the risk-off mood, the answer can be found in the Dollar’s performance. An appreciating Dollar continues to weigh heavily on Gold while expectations of higher US interest rates have sabotaged any meaningful upside gains on the yellow metal. With the Greenback poised to venture higher amid the risk aversion, Gold is likely to be in store for further punishment this week. In regards to the technical picture, prices remains heavily bearish on the daily charts. Sustained weakness below $1200 could encourage a decline towards $1185 and $1170, respectively. 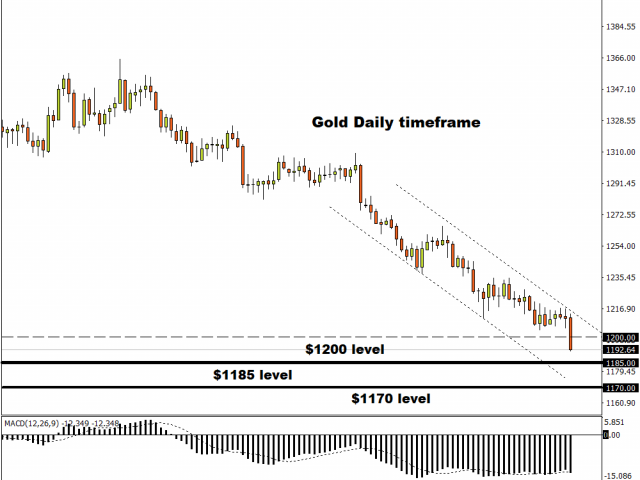 Concerns over Europe being heavily exposed to the Turkish crisis has translated to Euro weakness.

The EURUSD was under pressure today as is likely to trade lower this week as the combination of Euro weakness and Dollar strength encourages bears to instil renewed rounds of selling on the EURUSD. Focusing on the technical picture, the EURUSD is heavily bearish on the daily charts as there have been consistently lower lows and lower highs. Sustained weakness below the 1.1435 resistance level could invite a decline towards 1.1360 and 1.1300, respectively. For bulls to jump back into the game, the EURUSD needs to break back above 1.1435. 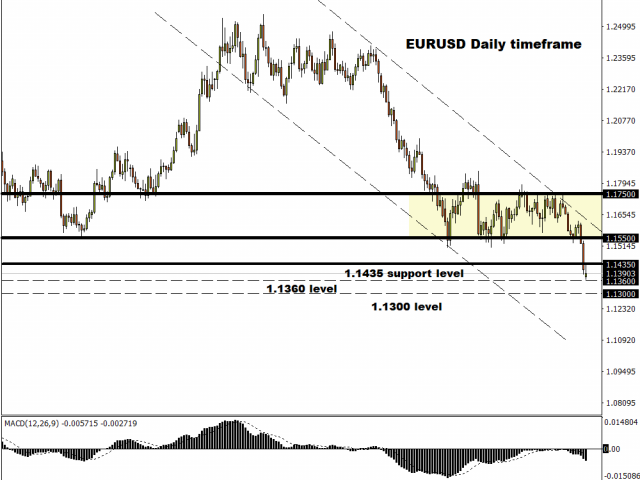 The British Pound has been heavily bruised by hard Brexit fears while an appreciating Dollar continues to rub salt on the wound.

Sentiment remains bearish towards the Pound amid Brexit uncertainty and this continues to be reflected in the currency’s bearish price action. With the Dollar heavily supported by US rate hike expectations, the GBPUSD’s outlook remains tilted to the downside. Focusing on the technical picture, the currency is unquestionably bearish on the daily charts. Technical lagging indicators such as the MACD point to the downside while prices remain below the 20 simple moving average. A technical breakdown under 1.2800 could trigger a decline towards 1.2710 and 1.2630, respectively. 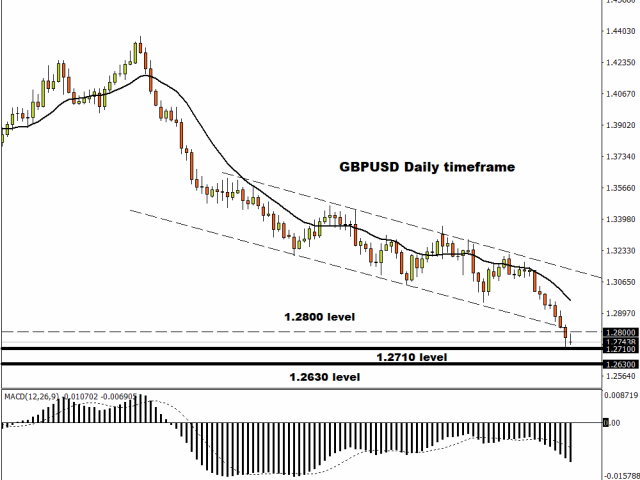