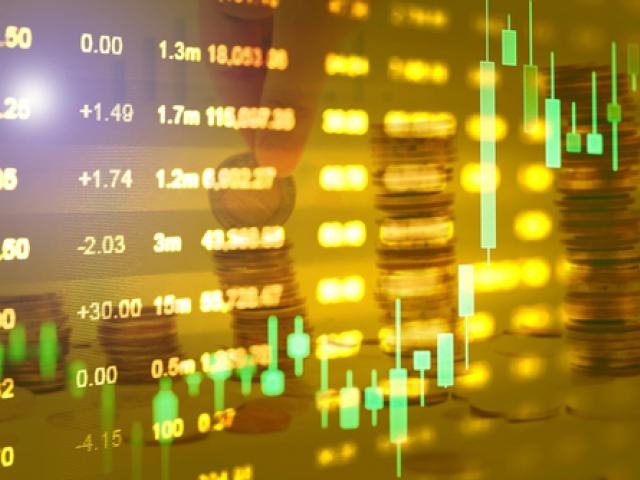 A sense of relief was felt across financial markets following the news that Beijing will resume trade talks with Washington next week.

Although the chances of a breakthrough deal from  lower-level talks are seen as unlikely, the meeting could be a positive step towards easing trade tensions between the world’s two largest economies. Asian shares traded mixed on Friday following overnight gains on Wall Street. European equity markets could find support today as optimism over the renewed trade talks boost investor sentiment.

Turkish Lira stabilizes…. but for how long?

The Turkish Lira has staged an incredible rebound against the Dollar this week after freefalling to a record low below 7.23.

The Lira was thrown a lifeline following reports of Qatar pledging $15 billion in direct investments for Turkey. Prices recovered further after the nation’s Finance Minister Berat Albayrak sought to calm investors during a conference call. However, buying sentiment towards the Lira was later dealt a blow, after the United States warned that Turkey will face more sanctions if the US pastor Andrew Brunson is not released.

Taking a look at the technical picture, while the Lira has scope to claw back more losses, gains may be capped by the ongoing uncertainty. The USDTRY has scope to challenge 5.71 if bears can maintain control below the 5.80 level.

Gold prices nudged higher on Friday morning thanks to a softer US Dollar. However, the yellow metal remains on track to post its largest weekly decline since the middle of 2017.

It is becoming increasingly clear that the yellow metal has struggled to maintain its safe haven allure, with investors rushing to the Dollar instead in these times of uncertainty. With the Greenback heavily supported by US rate hike expectations and safe-haven demand, Gold is likely to witness further losses moving forward.

Regarding the technical picture, the yellow metal is heavily bearish on the daily charts. A breakdown below $1171 could invite a decline back towards $1160. A technical rebound back towards the psychological $1200 remains a possibility if bulls are able to push prices back above $1180. 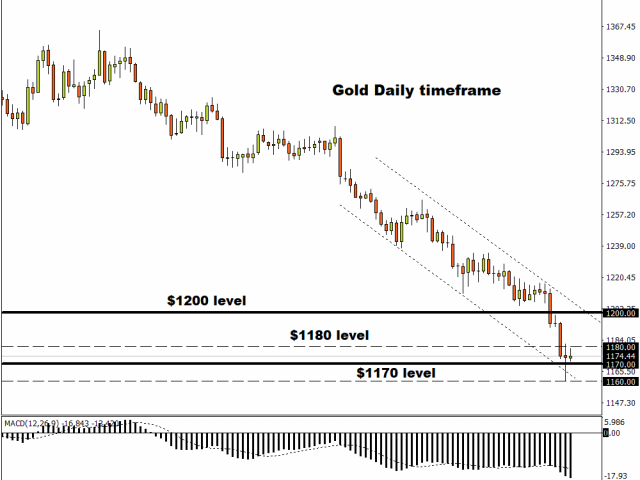