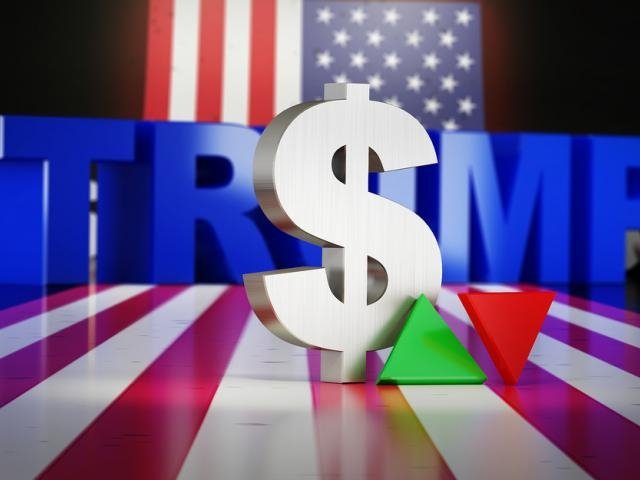 Last week has been a terrible one for President Trump. His former campaign chairman Paul Manafort was found guilty on eight counts of bank and tax fraud on Tuesday, while his ex-personal lawyer Michael Cohen pleaded guilty to campaign finance violations and other charges on the same day. Investors who believe that Trump policies were the key attributes to the recent stocks rally may start becoming worried as speculation that he may be impeached is growing day after day. After all, he’s the one who sets the path for fiscal policies.

However, when looking at last week’s markets performance, it seems investors didn’t really care about the drama happening at the White House.  The S&P 500 closed at a new record high on Friday and cleared all doubts that we’re in the most extended bull market in U.S. history.

Although it’s difficult to know what happens next, it’s worthwhile looking at history and see how markets reacted on the impeachments of previous Presidents. The Watergate scandal led to the resignation of President Richard Nixon in August 1974. Stocks were already in a bear market since 1973 due to the collapse of the Bretton Woods system, the dollar’s devaluation and the 1973 oil crisis. Two months after Nixon’s impeachment, markets found a floor and rallied by more than 50% in less than a year. Meanwhile, Clinton’s impeachment attempt in the late 1990’s by the House of Representatives occurred during a robust economic expansion and investors didn’t care less. Markets continued to rally until the burst if the dotcom bubble.

The current political turmoil won’t affect economic expansion or employment. U.S. corporates continue to benefit from tax cuts and got the wanted deregulation.

What investors should be focusing more on is what’s next for the Federal Reserve as the yield curve gets closer to inversion. If Fed Chair Jerome Powell decided to slow down the pace of tightening policy, this might provide an additional boost to stocks while it weakens the dollar. Political noise will add some volatility but won’t change the trend.