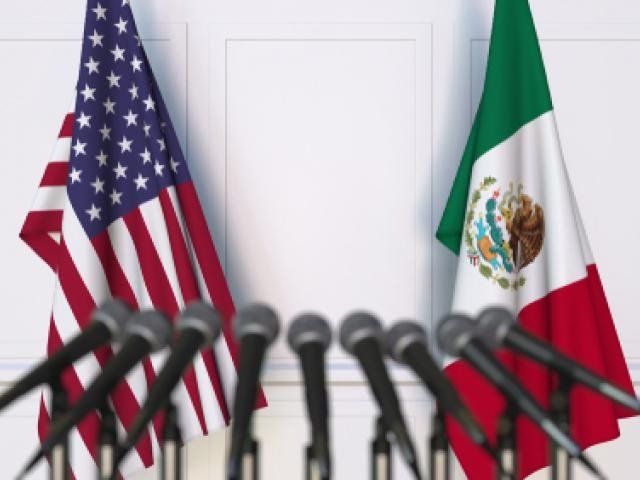 A renewed sense of positivity and optimism continues to be felt across financial markets after the United States and Mexico reached a breakthrough deal over the NAFTA trade agreement.

This highly encouraging development may ease trade war fears, elevate global sentiment and stimulate appetite for riskier assets. Although it remains uncertain whether Canada will join the agreement, there is expectation that the nation agrees to the new terms in an effort to conserve the three-nation pact.

Speaking of risk, Asian stocks closed mostly positive this morning while European markets edged higher as optimism over a trade deal between the US and Mexico boosted investor confidence. With Wall Street powering to record highs yesterday, US equity bulls could make another appearance this afternoon amid the risk-on sentiment.

Is the party coming to an end for Dollar bulls?

The Greenback’s continued depreciation in recent weeks has raised questions on whether the impressive bull run could be coming to an end. Buying sentiment towards the Dollar was dealt the first blow following Donald Trump’s latest criticism of the Federal Reserve. Bears were offered another opportunity to attack after the minutes from August’s Fed policy meeting raised concerns over escalating trade tensions negatively impacting growth. With reports of the United States and Mexico securing a trade deal dimming the Dollar’s safe-haven appeal, further losses could be witnessed in the near term. Although market expectations remain elevated over the Federal Reserve raising interest rates next month and possibly December, the Dollar may need fresh inspiration to rebound higher.

As regards the technical picture on the daily charts, the Dollar Index has been relentlessly pounded by sellers in recent weeks with prices trading around 96.65 as of writing. A solid breakdown below the 96.50 level could encourage a decline towards 94.20 and 94.00, respectively.

Gold prices edged to a fresh two week high on Tuesday thanks mostly to a depreciating US Dollar.

The fact that the yellow metal continues to appreciate despite global risk sentiment boosted by the US-Mexico trade breakthrough just further highlights how Gold remains heavily influenced by the Dollar. With the Greenback likely to experience further weakness following Powell’s dovish speech at the Jackson Hole Symposium, Gold has scope to appreciate further.

Technical traders will continue to closely observe how prices behave above the $1200 psychological level. Repeated Dollar weakness could send prices towards $1216 and $1230, respectively. For bears to jump back into the game, prices need to break back below the $1200 level. 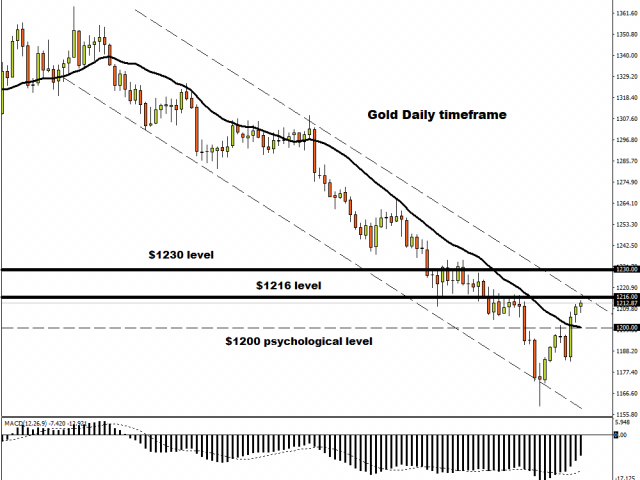