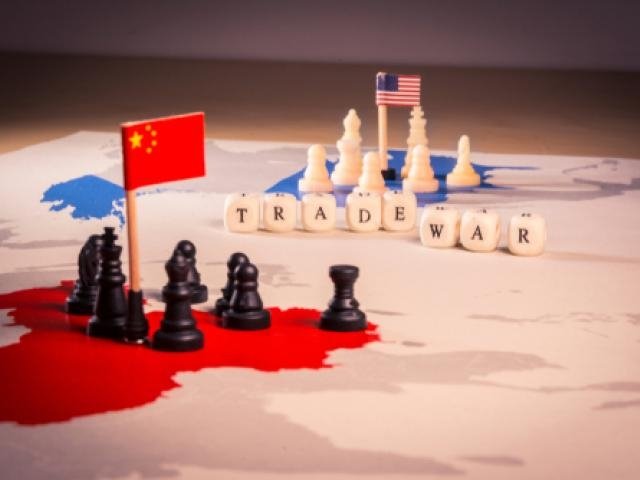 It has been an incredibly rough and rocky trading week for financial markets as turmoil in the EM space and global trade tensions weighed heavily on investor risk appetite.

There is a strong sense of tension in the air today ahead of a possible announcement from Washington that they will impose tariffs on an additional $200 billion worth of Chinese goods. With Beijing already indicating that they would retaliate if additional tariffs are confirmed, investors are being reminded that the prolonged trade tensions are simply refusing to go away. Overnight reports of President Trump targeting Japan as the next victim of a trade war have not helped matters with Asian stocks sinking lower amid the caution. This also provides another reminder to investors that it is not just the United States and China that stand at the heart of the global trade tensions.

Away from trade developments and emerging market turmoil, attention will be directed towards the U.S. jobs report coming out later today which will offer fresh insight into the health of the U.S. employment sector. The projection is that the report will show that the United States added 191,000 jobs to its economy last month. While every element of the U.S. jobs report remains highly significant, there will be a special focus on wage growth. While a disappointing number could translate to short-term Dollar weakness, downside losses are likely to be limited.

With inflation already beyond the Federal Reserve’s golden 2% target and the U.S. economy near full employment, expectations remain baked in that US interest rates will be raised next month. A strong employment report from the United States should also encourage expectations to increase that the Federal Reserve will also attempt to raise US interest rates two times before the end of the year.

Focusing on the technical picture, the Dollar Index has extended losses against a basket of major currencies this morning amid profit-taking ahead of the U.S. jobs report this afternoon. While intraday bears have the potential to send prices towards 94.70, employment figures will heavily influence where the Dollar concludes this week.

Gold struggled for direction this morning as investors remained on the fence ahead of the looming tariff deadline on Chinese goods and U.S. jobs report.

While the uncertainty created from trade tensions and emerging market chaos supported Gold earlier in the week, the metal remains pressured from a broadly strong Dollar across global markets. There is no real indication as it stands that investors are prepared to take profits on Dollar positions that have been building for nearly six months and potential sellers will be offered a fresh opportunity to attack Gold if the Dollar receives further support over the coming sessions.

Sustained weakness below the $1,200 psychological level suggests bears will be encouraged to target $1,180 in the short to medium term.