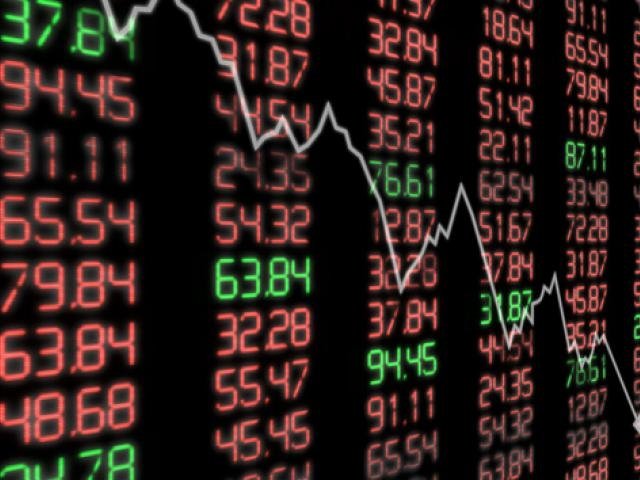 There was a risk-off vibe across financial markets today as the initial euphoria over the revamped NAFTA deal faded away.

Asian stocks ended mostly lower while European equities are a sea of red this afternoon amid the lack of appetite for riskier assets. Although the new United States-Mexico-Canada (USMCA) deal came as a relief to markets, sentiment clearly remains gripped by uncertainty over Italy’s budget and ongoing US-China trade disputes. Any potential signs of trade tensions escalating between the world’s two largest economies could fuel risk aversion consequently accelerating the flight to safety.

Speaking of safety, the Japanese Yen fought back against a broadly stronger Dollar on Tuesday with prices sinking back towards 113.65.

While the current market conditions could elevate the Yen higher, longer-term gains remain threatened by the widening interest rate differentials between the Federal Reserve and Bank of Japan. In regards to the technical picture, the USDJPY remains in a healthy uptrend on the daily charts with bulls greedily eyeing 114.00. A solid daily close above this level may trigger a move towards 114.50. Alternatively, sustained weakness under 113.50 is likely to trigger a technical correction back to 112.90. 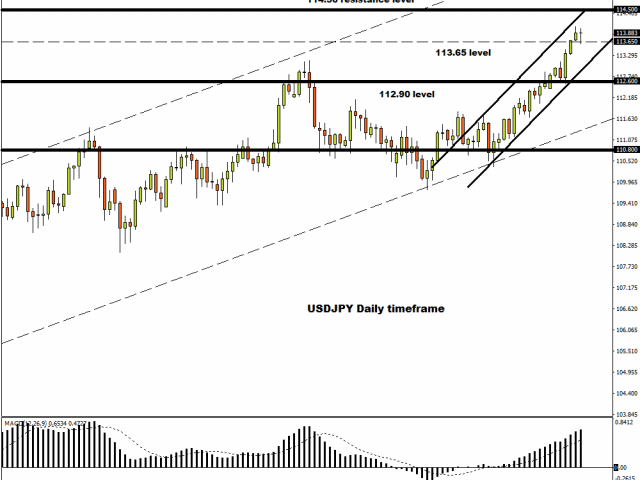 Dollar remains king of the hill

The Dollar has steamrolled against its major competitors today with prices punching above 95.70 thanks to the risk-off mood.

Market expectations over higher US interest rates coupled with the overall bullish sentiment towards the US economy remain themes that have buoyed the Greenback. Taking a look at the technicals, the Dollar Index is powering higher on the daily charts. The current upside momentum suggests that bulls could remain in the driver’s seat ahead of the US jobs report on Friday. A solid daily close above 95.50 could trigger a move 95.83 and 96.00, respectively.

British Pound is having a bad day

The British Pound was an easy target for sellers to attack ruthlessly following reports of the UK construction sector expanding at its slowest pace in six months in September.

Brexit uncertainty and a broadly stronger US Dollar compounded the Pound’s woes with the GBPUSD sinking below the 1.3000 during Tuesday’s trading session. With prices already breaking below the 1.2970 level, bears could be inspired to challenge 1.2900 in the short term. 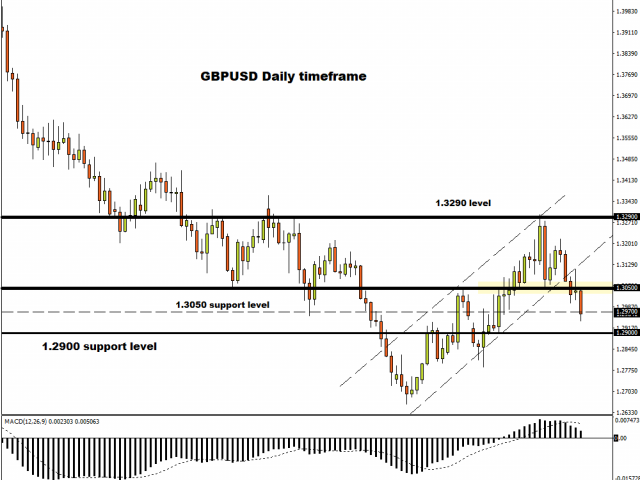 Gold entangled in losing a battle

Gold is currently engaged in a losing battle with an appreciating Dollar and expectations of higher US interest rates.

Although the technical bounce from the $1181 level could inspire short-term bulls to challenge $1200, the weekly and monthly timeframe remains a bear story. The yellow metal is likely to trade within a modest range ahead of the US jobs report on Friday. A blockbuster NFP figure coupled with signs of accelerating wage growth in the United States could be the catalyst Gold needs to break below $1181. 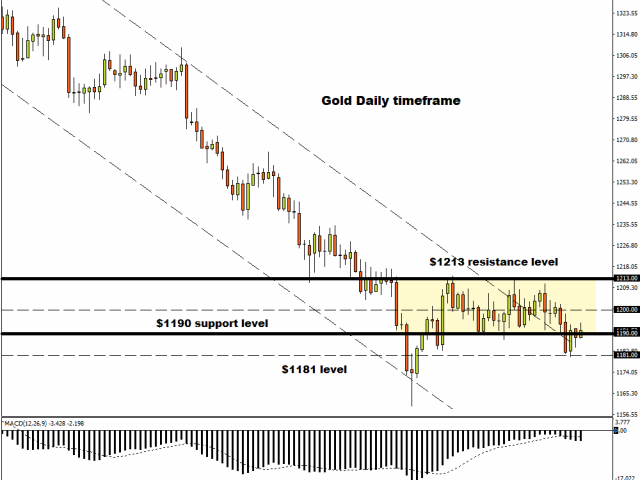