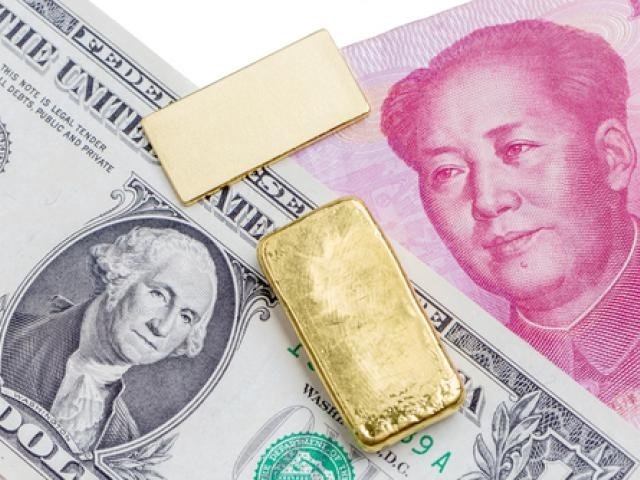 Financial markets have entered the new trading week on negative footing as a mixture of different market themes weigh on investor sentiment and promote risk aversion.

Ongoing external uncertainties around matters such as trade tensions and the Italian budget coupled with increased optimism over higher US interest rates at a time where questions remain over what will happen to Iranian Oil exports from next month represent just a few of the uncertain themes that are promoting a risk-off atmosphere. The announcement from the PBoC to cut the RRR requirement for the fourth time in 2018 hasn’t been enough to inspire potential buyers back into global stock markets for now. This lack of appetite for risk was reflected across Asian markets, with Chinese equities witnessing heavy losses following a week-long holiday. The Shanghai Composite Index shed 3.7% while the CSI 300 Index plunged 4.3%. With heightened trade tensions denting risk sentiment and the prospects of higher US rates spooking investors, this could be a rough week for global stocks.

In the currency markets, the Yuan has weakened to its lowest level in nearly two months against the Dollar on the backdrop of a combination of external and domestic factors. It is possible that the latest move from the PBoC to ease monetary policy by cutting the RRR requirement is a possible driver behind the offshore Yuan weakening as much as 0.5 as the USDCNY advanced back above the 6.90 level, but it is also important to take into account that a resilient Dollar has weighed heavily on a number of different emerging market currencies.

The technical picture on the USDCNY is firmly bullish on the daily charts with prices trading marginally below 6.9300 as of writing. A decisive daily close above the 6.9300 level could inspire a move higher towards 6.9347. This increases the likelihood that losses in the Yuan could extend further into the week, which would be something to monitor on a global level due to how correlated Yuan moves can be for regional currencies in the APAC region and specifically because the U.S Treasury repeated previous comments that it is concerned that China is manipulating its currency.

The overall risk-off vibe looks to be a threat for investor sentiment into Tuesday, and we do look at risk to suffering from a fragile global marketplace this week.

Emerging market currencies stand to be in trouble this week amid risk aversion, prospects of higher US interest rates and Dollar strength. The impacts of the recent spike in US Treasury yields continues to be reflected across most major EM currencies with the Indian Rupee crashing to a new record low past 74.00, the Indonesia Rupiah touching a fresh two-decade low and South African Rand sinking to its lowest level in three weeks. With the pressure across EM likely to mount, especially for those economies with currency account deficits and high levels of debts, the outlook looks gloomy for emerging markets.

Across the Atlantic, the Dollar is poised to find support from safe-haven flows, rate hike expectations, and optimism over the strength of the US economy. With the United States firing on all cylinders and the Fed expected to raise rates in December and another three times in 2019, the interest rate differential trade supports the Greenback. In regards to the technical perspective, the Dollar Index may be gearing for further upside on the daily charts with a bull’s steadily eyeing the 96.00 level. A solid close above this point could inspire prices to challenge 96.43 in the near term.

A strengthening Dollar has resulted in Gold experiencing its biggest one-day selloff since the middle of August with prices trading marginally below $1185.00 as of writing. The price action in recent weeks continues to highlight how the precious metal remains negatively correlated to the Greenback. With the fundamental drivers behind the Dollar’s appreciation still firmly in place, Gold’s outlook points to further weakness. Sellers need a solid daily close below $1190 to open a smooth path towards $1180 and $1174, respectively.