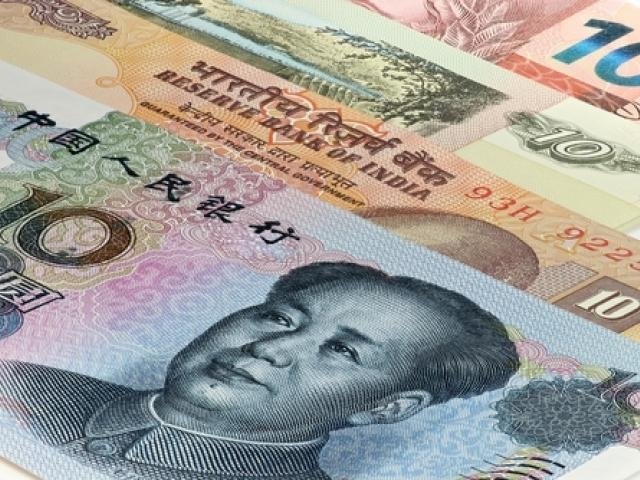 Tuesday has seen stability in Chinese markets following a very nervous beginning to the new trading week yesterday. Signs of China market stability is welcome news to global investors and not just domestically in China. Especially when you consider the importance of China to the global markets and that there was an obvious period of selling throughout different geographical locations after the events on Monday.

I maintain the view that while the sell-off in China yesterday was on the severe side of the scale, we also need to step back and consider that the market was probably playing “catch up” to the previous week-long public holiday. Therefore, I am not heavily concerned at this point that a stock market meltdown or crash could be upon us, but will instead continue to monitor movements and evaluate different elements of financial market risk as they come through.

One of the reasons why investors get so nervous about stock market sell-offs like the one experienced from yesterday is because the current market environment is very unpredictable and anxiety is high over the next potential financial market crash. One of the core issues of today is that the financial markets are becoming more and more influenced by political risk. It is not possible to predict politics and this is what investors are finding challenging in the current era of populism and protectionism.

Unknowns around areas like trade uncertainties are also a major contributing factor behind the IMF downgrading its global growth forecast for the first time in two years. This of course doesn’t make for a great headline and especially when the IMF clearly highlighted concerns on the possibility of the world economy plateauing, along with stresses in emerging markets.

What we can prepare for, however, is the increased likelihood that there is more pain ahead for emerging market currencies. I am not going to say that there is no way back, however it is obvious that they collectively remain on a very bumpy road despite this being the case for at least the last three months.

The woes for emerging market FX stretch across the globe, but I am paying more attention now towards what could happen with developing Asian markets in comparison to the emerging markets of Turkey and South Africa as examples.

A risk that should not be discounted is what is happening in Pakistan, after its Finance Minister announced yesterday that the Pakistan government would approach the IMF for a bailout. The Pakistani Rupee declined about 7% on this development and while the Pakistani Rupee has suffered heavily due to financial stresses throughout 2018, we should be aware regarding potential contagion threats after what happened with the Argentine Peso a few weeks back.

The Indian Rupee is another currency within the emerging markets space that remains in the crossfire.  The Indian Rupee has fallen to a record-low already this week, while the Indonesian Rupiah has reached another milestone of its own after weakening to a fresh 20-year low against the Dollar. The Singapore Dollar, Korean Won, Malaysian Ringgit and Thai Baht represent just a few of the other currencies to have suffered more weakness over the past two days against the Dollar.

What holds the key to the next major move in emerging market FX is probably the Chinese Yuan. There are some concerns over the Yuan crossing the line above the 6.90 level against the Dollar early this week, which is edging within close territory to the major psychological 7 level.  If the Yuan does continue to weaken and move closer to 7 than below 6.90, it runs the risk of taking emerging market FX down with it as a result of investors being hesitant to carry riskier assets.

On the flipside, if authorities or policymakers in China repeat reassuring comments from a month or so ago that they still see stability in the Yuan exchange it would soften anxiety that the Yuan could decline below 7. It would also carry the potential to lift risk appetite and provide some needed optimism to carry emerging market risk at a time where there are substantial concerns about prolonged Dollar strength and U.S. interest rate policy.