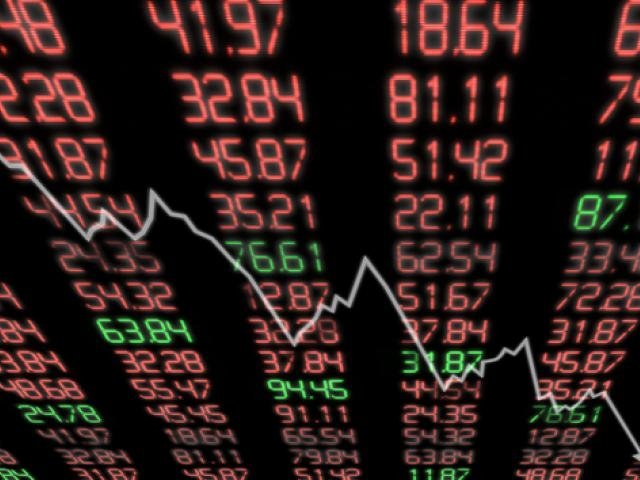 While U.S. President Donald Trump’s renewed criticism of the Federal Reserve for hiking interest rates played a role behind the steep selloff, there were other key factors brewing in the background. It is becoming clear that global equity markets are facing a perfect storm of headwinds such as rising U.S. bond yields, U.S.-China trade disputes, global growth concerns and prospects of higher U.S. interest rates. For as long as these themes remain, appetite for stocks are likely to diminish further consequently fueling speculation over the bull party coming to an end.

Asian stocks fell sharply during early trade to close in the red while European shares slumped this morning. With the negative sentiment from Asian and European markets deterring investors from riskier assets, Wall Street is at threat of trading lower this afternoon.

Dollar extends losses ahead of US CPI

It has not been the best of trading weeks for the Greenback which has consistently depreciated against a basket of major currencies since Tuesday.

A combination of factors ranging from President Trump’s latest criticism of the Federal Reserve to general profit-taking has contributed towards the Dollar’s weakness. With the Dollar still supported by confidence over the strength of the U.S. economy and prospects of higher U.S. interest rates, the medium- to longer-term outlook remains bullish. Investors will keep a close eye on September’s pending U.S. CPI reading which could impact rate hike expectations for 2019. Signs of rising inflationary pressures in the United States could prompt the Federal Reserve to adopt a more aggressive approach towards monetary policy normalization.

Solely focusing on the technical picture, the Dollar Index is currently controlled by intra-day bears with prices sinking closer towards 95.00 as of writing. A decisive breakdown and daily close below this level may open the gates towards 94.60.

The clear lack of appetite for risk across the board has seeped into oil markets with West Texas Intermediate (WTI) and Brent Crude extending losses on Thursday.

Official reports from the U.S. Energy Information Administration showing U.S. crude inventories rising more than expected complemented the sell-off with WTI trading marginally below $71.80 and Brent approaching $81.00 as of writing. While the combination of risk aversion and easing supply worries may translate to lower oil prices, the downside remains limited by geopolitical risk factors. With looming sanctions against Iran and falling production from Venezuela fueling uncertainty over the global supply outlook, oil bulls have enough ammunition to fight back.

Technical traders will continue to closely observe if Brent crude is able to breach below $81.00. Sustained weakness below this level should provide intraday-bears with enough confidence to challenge $80.20.