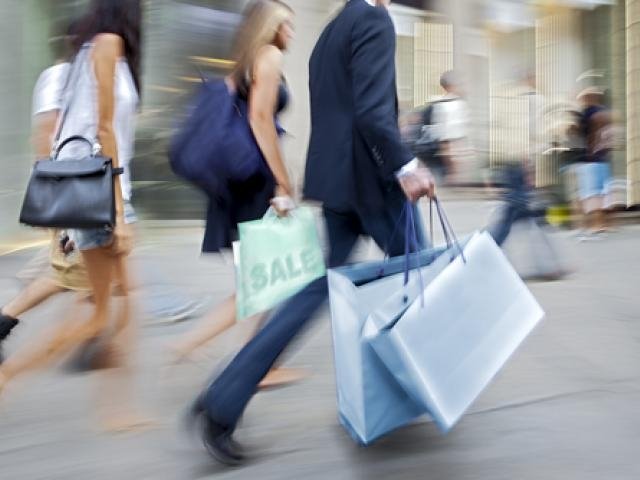 The fairly muted response in the British Pound to the disappointing retail sales data for September reaffirms once again that Brexit headlines take precedence over domestic economic fundamentals for currency volatility.

Retail sales tumbled sharply last month, printing well below market expectations at -0.8% thanks to a large fall of 1.5% in food sales. While under normal circumstance today’s discouraging report would have translated to Pound weakness, price action suggests that investors are preoccupied with Brexit talks.

Market players expecting fireworks from the dubbed “moment of truth” were left empty-handed after the first day of the EU summit concluded with Theresa May offering “nothing new” to EU27 leaders. European leaders unsurprisingly ended up dropping plans for a November summit due to the lack of progress in negotiations, with Theresa May receiving headline attention by indicating that she was “ready to consider” extending the transition out of the EU beyond 2020.

Extending the UK’s transition out of the EU to beyond 2020 is not necessarily a market-friendly outcome even if it provides some more time for EU and UK leaders to reach some sort of breakthrough. It essentially highlights to investors that negotiations over Brexit remain largely in deadlock and the Irish border issue remains a major obstacle and this is unlikely to change.

In regards to the technical picture, the GBPUSD has staged a minor rebound from the 1.3080 region with prices trading marginally above 1.3120 as of writing. The volatile price action seen this week does highlight once again that the Pound remains heavily influenced by Brexit headlines.

A failure of the GBPUSD to keep above 1.3100 before the close of the week will run the risk of traders once again selling the Pound at higher levels. Another return to 1.3050 over the coming days can’t be ruled out if traders show impatience with Brexit progress.

Investor sentiment towards the Greenback has brightened after minutes from the Federal Reserve’s latest policy meeting cemented expectations of higher U.S. interest rates.

One of the most interesting takeaways from minutes recently released by the Federal Open Market Committee (FOMC) is a suggestion from the Federal Reserve that it could raise interest rates beyond market expectations. This would of course come across as disappointing to President Trump, but would also be considered as positive news for Dollar buyers as it stresses the Federal Reserve is completely independent from the Whitehouse.

Any near-term weakness in the Dollar index will likely be due to profit-taking, but the optimistic outlook from the Federal Reserve regarding higher U.S. interest rates is seen as long-term supportive of the USD.

The overall bullish sentiment towards the U.S. economy and prospects of higher U.S. interest rates are magnetizing investors towards the Dollar, and will present a threat to emerging markets concerned over capital outflows.

Those who might have expected Gold to fall heavily following the release of the  FOMC minutes have been left surprised by the resilience of the yellow metal. External uncertainties and the continued mixed investor sentiment towards stock markets is probably encouraging traders to hang onto Gold positions for now.

Gold also remains supported from a technical perspective, with the metal bullish on the Daily timeframe above $1,213. If investors are able to push prices above $1,225 it is possible that Gold could climb to $1,233 over the coming sessions. 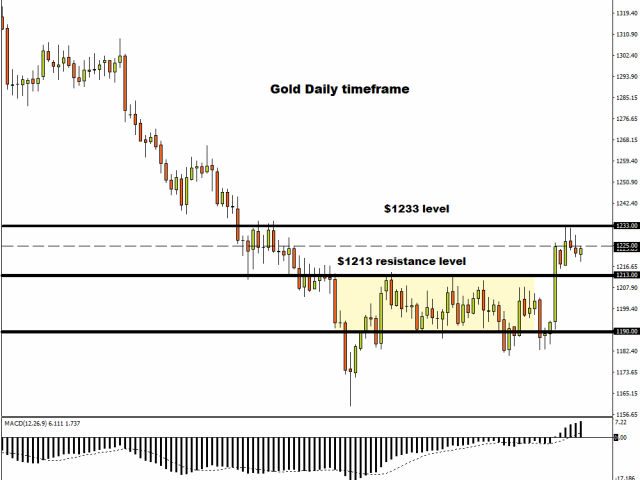