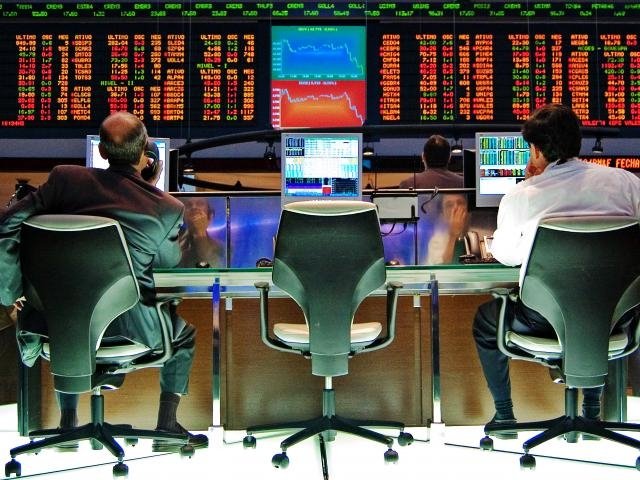 The early part of trading for the week has already showed how sensitive emerging markets can react to newsflow around potential trade developments with a number of different emerging market currencies trading lower against the USD on Monday. This has included losses close to 1% in the Indian Rupee, while the Chinese Yuan has lost just over 0.5% and the Malaysian Ringgit above 0.4%.

This trend of trajectory does overall sum up how sensitive emerging market assets will be to newsflow around a potential breakthrough in trade talks between the two largest economies in the world.

Air of caution before U.S. risk events this week

Elsewhere, there are some indications at time of writing of limited trading volumes as the new trading week commences, which sum up that investors could be hesitant to add more positions into their portfolios just one day before mid-term elections take place in the United States.

When you consider how off-guard financial markets have been caught to political events in recent history, caution before the event is a likely investment strategy that is on the mind of investors. This means that we might not see much movement in global stocks before the event, while safe-haven assets like Gold and the Japanese Yen will be the first thing on traders’ minds if an air of market uncertainty comes their way.

The general consensus is that while, overall, mid-term elections do not on a historic basis create too much fuss in financial markets, this administration running the White House is unlike anything we have seen before and this is why it is expected that investors will tread with caution before the outcome becomes clearer.

It is not possible to predict potential political outcomes in the modern world of unpredictable politics, but most emerging market investors will be hoping the Dollar does sell-off on the outcome of the election because emerging markets do appear heavily undervalued at current levels.

The upcoming Federal Reserve meeting will be another risk event to monitor this week, but interest rates are not expected to change in November and as long as the FOMC carries the same narrative that U.S. interest rates will be gradually adjusted higher in the next 15 months or so, the mid-term elections should overshadow the Fed decision when it comes to potential financial market volatility.

The best-case scenario for investors who would like to consider selling the Dollar at what still appears to be historically-high valuations for the Greenback would most likely be that the mid-term election outcome encourages concerns that President Trump will face legislative resistance when it comes to pushing pro-America policies.

Emerging markets are those that remain greatly pressured from broad-based Dollar strength, so I would expect emerging market currencies to be contenders to benefit the most over the medium-term if the Dollar does get squeezed lower.

Sanctions were re-imposed into Oil price long time ago

The return of re-imposed sanctions on Iran on November 5 has encouraged a small recovery in the Oil markets today. However, I wouldn’t buy into this headline too much, because we could be in line for a small recovery in the Oil markets after the commodity edged dangerously close to bear market territory after withdrawing close to 20% from its multi-year highs a few weeks ago.

Re-imposed sanctions on Iran have been something that were priced into the Oil markets a long time ago, all the way back from when Trump confirmed he would pull out of the 2015 nuclear deal, so I wouldn’t associate sanctions coming back into play as a near-term driver for the price of Oil. I would instead, focus more heavily on the global demand outlook because of the ongoing external uncertainties weighing down on economic prospects. This is something I see of more of a risk for Oil over the coming months. If concerns over slowing global growth come to fruition, it signals less demand is needed for commodities like Oil and I see this as a major risk to the valuation of Oil.

Hopes of Pound rising above 1.35 on Brexit deal long way off!

Optimism that a long-awaited breakthrough on the prolonged Brexit negotiations is close has sent British Pound forecasts into a frenzy. Suggestions are making their way that the Pound could rally all the way to 1.35, if not above on an eventual breakthrough in the Brexit drama, but I would personally stay away from such claims.

Yes, we all know how sensitive the British Pound has behaved to Brexit newsflow but let’s not get ahead of ourselves and suggest a return to 1.35 is imminent when the GBPUSD is trading marginally above 1.30 at time of writing.

UK Prime Minister Theresa May will still need to receive approval for the terms of the soon-to-be-expected agreement, which given the ongoing controversy that Brexit still receives around the United Kingdom will likely not be an easy task.

I would personally factor into consideration that the Pound is just as much likely to shoot lower once again on more Brexit gridlock, as it is to aim higher on a breakthrough. Such headlines on an expected rally in the Pound generally suggest that markets are positioning themselves on a breakthrough, meaning that I would factor into my own expectations how suddenly the Pound could fall sharply below 1.30 on another round of hard-Brexit fears.