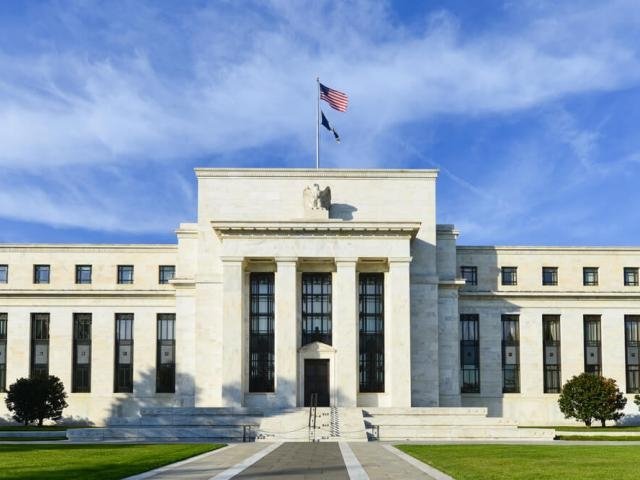 In a widely expected move, the Federal Reserve has raised its key interest rates by 25 basis points for the fourth time this year.

However, the central bank’s less dovish than expected tone came as a surprise that sent shockwaves across financial markets. Investors who were hoping for a firmly dovish statement that dropped the phrase “further gradual increases” were left disappointed after the Fed flagged “some further gradual increases” on rates were still on the cards. Although the dot plot was revised lower to two rate hikes for 2019 from three previously, the Fed’s less dovish stance sent jitters through US stock markets.

Investors seem concerned with the fact that the Fed is signalling further rate hikes despite such unfavorable market conditions and lower economic growth forecasts for 2019. It is worth noting that hawkish comments from Fed Chairman Jerome Powell compounded to the uncertainty, especially when considering how Powell was dovish a few weeks ago.

While the Dollar has the potential to extend gains on the hawkish Fed hike, bulls still remain a threat of running out of steam. With the Fed likely to adopt a data dependent approach to monetary policy decisions next year, the Dollar is poised to become highly sensitive to domestic economic data. Signs of the US economy experiencing a slowdown will weigh on prospects of higher US interest rates – ultimately pressuring the Dollar.

With the US rate hike already heavily priced in, the Yuan was most likely concerned with other pressing market themes like ongoing trade tensions. With global growth fears and other geopolitical risk factors weighing on investor confidence, emerging market currencies remain vulnerable to downside shocks. In regards to the technical picture, the USDCNY could retest 6.90 if the Dollar continues to appreciate.