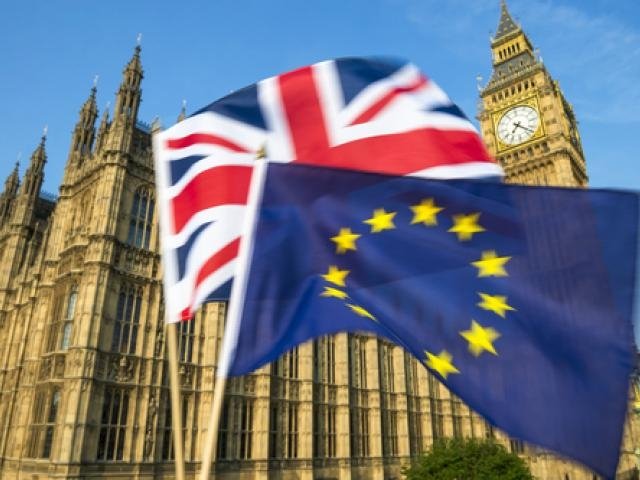 Although market expectations remain elevated over May’s Brexit deal facing rejection by Members of Parliament, there will be a stronger focus on what happens after the “meaningful vote”. Will the government’s defeat on May’s deal result in Labour triggering a no-confidence vote? Will Theresa May rush back to Brussels to plead for further concessions from the EU? Amid the chaos and uncertainty, could the UK government be forced to extend Article 50 beyond the planned exit date? Are we going to witness a snap general election or even a second Brexit referendum? While the outcome of tomorrow’s Brexit vote remains open to question, it will certainly leave a lasting mark on the British Pound.

Theresa May is scheduled to make a statement to Parliament this afternoon in a bid to gather more support for her deal. Her speech runs of the risk of falling on deaf ears if nothing new is brought to the table.

Sterling’s outlook remains mired by endless uncertainty surrounding Brexit and ongoing political drama in the House of Commons. The volatile price action witnessed in recent days continues to highlight how the currency remains influenced by Brexit headlines. In regards to the technical perspective, the GBPUSD secured a weekly close above 1.2820, mostly due to Brexit noise. The 1.2820 level is seen acting as support that pushes prices towards 1.2920. Although the technicals are pointing to further upside in the near term, investors should keep in mind that the Pound’s fate hangs on what happens after the Brexit “meaningful vote” on Tuesday. 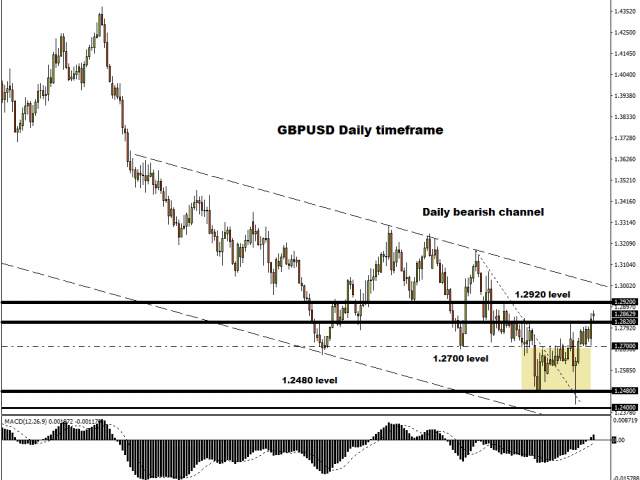 Are Dollar bulls running out of steam?

The Greenback weakened against a basket of major currencies this afternoon as a political impasse in Washington and expectations over the Fed taking a pause on rate hikes reduced investor attraction for the currency.

Dollar Index bulls have been missing in action in recent weeks with the breakdown below 96.00 suggesting that bears are back in the driver’s seat. Appetite towards the Dollar is seen diminishing further if disappointing economic data threatens it’s safe-haven status. With the economic calendar in the United States void of Tier 1 economic reports today, the Dollar is poised to be driven by price action. Technical traders will continue observing how prices behave below 96.00. Sustained weakness under this level could open a path back towards 95.00 and 94.20, respectively.

Gold not only remains supported by geopolitical risks but expectations over the Fed taking a break on rate hikes this year.

The yellow metal continues to shine brightly amid the uncertainty with weakness in both global equity markets and the Dollar fueling upside gains. Taking a look at the technical picture, Gold remains firmly bullish on the daily charts as there have been consistently higher highs and higher lows. A solid breakout and daily close above the psychological $1,300 level is seen opening a clean path towards $1,308 and $1,324.