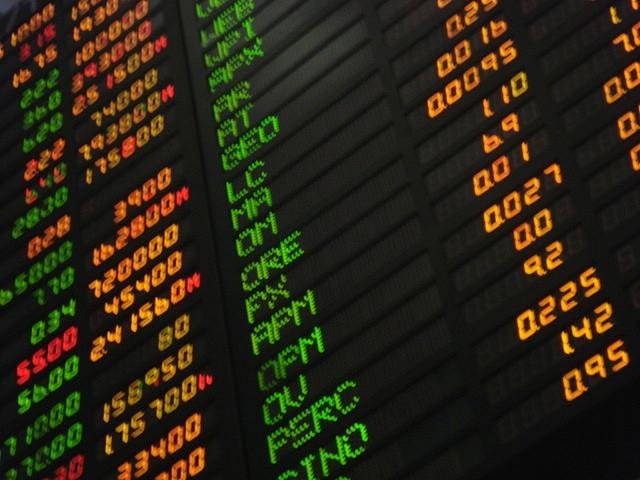 Conflicting reports over the status of trade talks between the United States and China has contributed to the market gloom with equities across the globe under pressure today.

Investor sentiment was initially punctured by a report from the Financial Times stating that the Trump administration had cancelled trade talks with Chinese officials. Although White House economic advisor Larry Kudlow denied these rumours, this did little to dispel nerves and confusion among market players. With renewed uncertainty over US-China trade talks adding to the horrible cocktail of geopolitical risks sapping risk appetite, this could be a rough and rocky trading week for equities across the globe.

Asian markets ended on a muted note amid the trade confusion while European stocks are trading lower thanks to global growth fears and Brexit uncertainty. With the unfavourable market conditions forcing investors to avoid riskier assets, Wall Street is seen opening on a cautious note this afternoon.

One would have expected the Dollar to sprint higher amid the market caution and general gloom.

But the Greenback’s subdued price action in recent days suggests that the currency is clearly struggling to benefit from safe-haven flows. A logical explanation behind the shaky movement in the Dollar Index could be based around speculation over the Fed taking a pause on rate hikes this year. With the economic calendar for the United States void of Tier 1 economic reports today, the Dollar is likely to influenced by technicals. An intraday breakdown below 96.20 is seen opening a path back towards 96.00 and 95.75. Alternatively, a solid daily close above 96.50 invites further upside towards 96.80.

Sterling bulls were instilled with a renewed sense of confidence today with the GBPUSD breaking above 1.30 as fears over a ‘no deal’ Brexit continued to ease.

Growing speculation over the government extending article 50 to avoid a nightmare no-deal outcome is likely to continue supporting Sterling in the near term. However, the Pound’s medium- to longer-term outlook remains shrouded by Brexit’s endless uncertainty. Sterling volatility and sensitivity to Brexit headlines are likely to increase ahead of the parliamentary debate on January 29th. One must always expect the unexpected when dealing with Brexit, especially when considering how the outcome of the debate and vote on May’s ‘Plan B’ remains open to question.

Focusing on the technical picture, the GBPUSD turned bullish on the daily charts after prices marched through the psychological 1.3000 level. A solid daily close above this level is seen opening a path higher towards 1.3072. 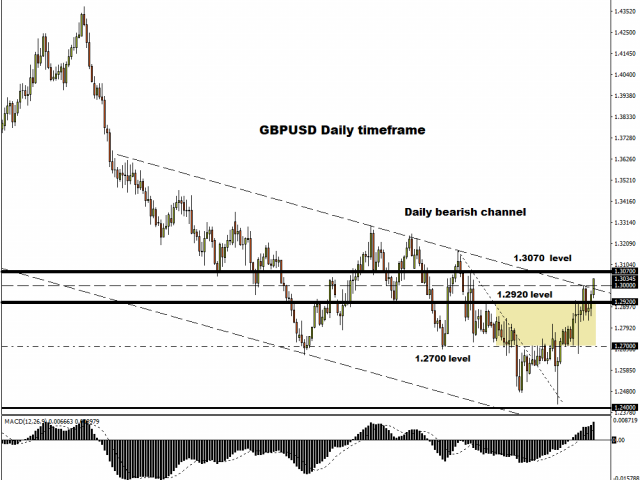 WTI Crude edged higher today after slipping towards $52 in the previous session. Although prices seem to be stabilizing, this stability may be short-lived by global growth fears and renewed trade uncertainty. For bears to jump back into the game, WTI Crude needs to secure a daily close below $52. Alternatively, if prices end up pushing above $54.35, the next key point of interest will be found at $55.