A busy week ahead for financial markets 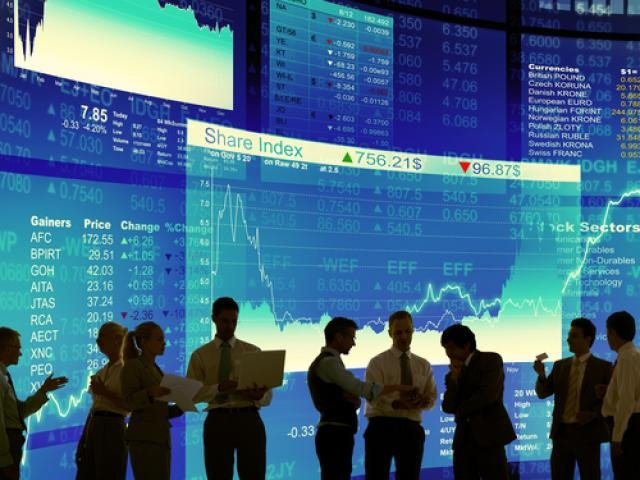 The longest government shutdown in US history is finally over “at least temporarily” after President Trump announced the reopening of the government for three weeks hoping that the Democrats and Republicans will reach a deal to fund the border wall. Markets were barely moved by the news.

The annual meeting of the World Economic Forum in Davos did not achieve any breaking headlines, especially that Trump and Xi Jinping were absent. No answers were provided on what will happen next in the US-China trade war, or on what terms the UK will divorce from the EU. All we got was a downgrade to the global economy from the IMF, which has already been priced in financial markets.

This week is certainly going to be more meaningful, with the Federal Reserve’s first meeting of the year, US and China returning to the negotiation table, another meaningful vote on Brexit, US big tech earnings announcements, and top tier economic data.

Will the Fed continue supporting the bulls?

The Federal Reserve will conclude its two-day meeting on Wednesday. Investors will be focusing on whether the tightening policy pauses. Given that many economic data were not released due to the shutdown, it might be hard to assess how the US economy has performed. Another factor that’s likely to contribute to Fed caution is a no guarantee of US and China reaching a trade deal prior to the March 1 deadline. While policymakers will not update their economic projections, going forward every meeting will be followed by a press conference by Fed Chair Jerome Powell. If the term ‘patience’ appears again, it would suggest no rate hike will occur in the first quarter, maybe not even in the first six months of 2019. This is likely to be good for equities but may hurt the US dollar.

Deal or no Deal?

US and China are returning to the negotiating table this week in at attempt to end the ongoing trade war. Vice Premier Liu He will meet his US counterpart Trade Representative Robert Lighthizer on 30 and 31 January. While we do not expect a final deal to be drafted this week, all investors are hoping for is the meeting to end with big smile on both faces, followed by statements indicating great progress has been achieved.  If no statements were to follow the meeting, keep an eye on Trump’s Twitter account that will likely reveal the outcome. A positive outcome will remove one of the biggest obstacles preventing risk taking.

Sterling has rallied significantly over the past several days on optimism that a no-deal scenario will be averted. The “Plan B” which might look a lot like “Plan A” will be debated in Parliament on 29 January, and maybe voted on later on the same day. Labour leader Jeremy Corbyn has refused to participate in talks that do not take the ‘no deal’ scenario off the table. While Mrs. May is not likely to include such an amendment, the most realistic outcome is to seek an extension for Article 50.

It’s going to be a busy week on the earnings front with Apple, Facebook, Microsoft, Amazon, Tesla and many other tech and industrial firms releasing their Q4 results. The tech sector which makes up more than a quarter of the S&P 500 market cap will likely determine the US equities direction.