Will Gold shine brightly this week? 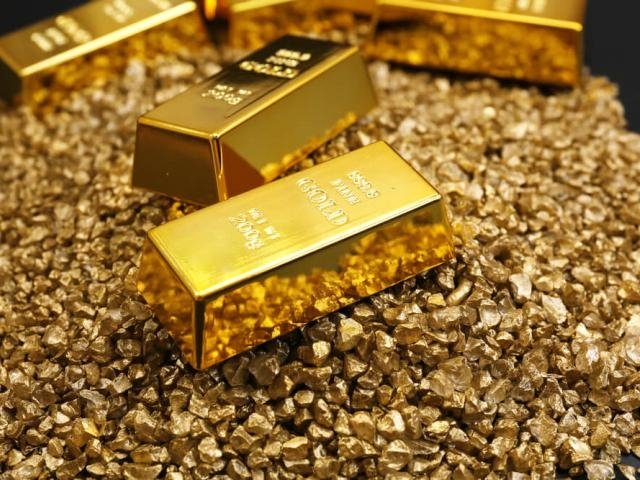 Gold is certainly living up to its title as a “safe-haven” for investors as rising geopolitical risks and concerns over plateauing global economic growth sour risk appetite.

The bullish price action witnessed in recent day’s highlights how the yellow metal remains a destination for safety in times of unease and uncertainty. Although prices seem to be weakening today due to the US government shutdown coming to an end, the trajectory points to further upside. With the toxic combination of Brexit drama, ongoing US-China trade tensions and political risk in Europe poised to dent investor sentiment, Gold has the potential to shine with intensity. A critical factor seen pushing the metal higher in the medium to longer term is speculation over the Fed taking a pause on rate hikes this year. If the Dollar depreciates on these expectations, the sentiment pendulum for Gold will swing much further in favour of bulls.

Gold has the potential to transform into a battleground for bulls and bears this week if the FOMC statement and US jobs report sparks Dollar volatility. A dovish Fed meeting coupled with disappointing US jobs data should inspire bulls with enough inspiration to challenge $1308 and $1324, respectively. This bullish setup remains valid as long as prices are able to keep above the $1277 higher low. 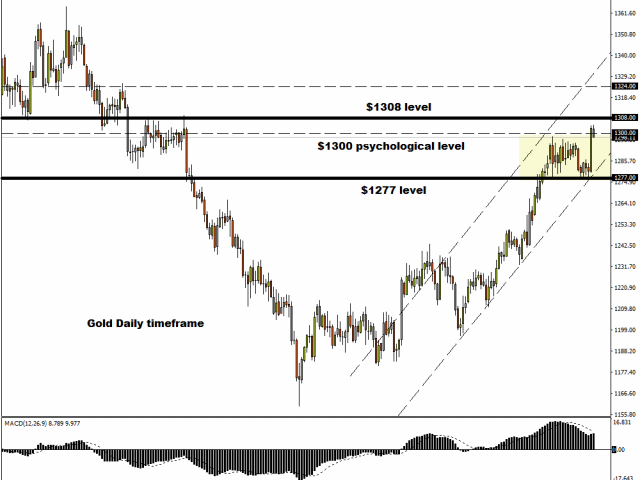 This could be another explosively volatile and widely unpredictable trading week for the British Pound due to the pending Parliamentary debate and vote on May’s Brexit ‘plan B’.

Easing fears over a no-deal outcome remain the primary driver behind the Pound’s appreciation in recent days. While expectations continue to mount over the government extending Article 50, one must always expect the unexpected when dealing with Brexit. Although the outcome of tomorrow’s parliamentary vote remains open to question, it will have a significant impact on the Pound.

In regards to the technical picture, the GBPUSD is firmly bullish on the daily charts with prices trading around 1.3175 as of writing. The upside momentum could push the currency pair towards 1.3230 in the near term. Bulls remain in control above the psychological 1.3000 level. 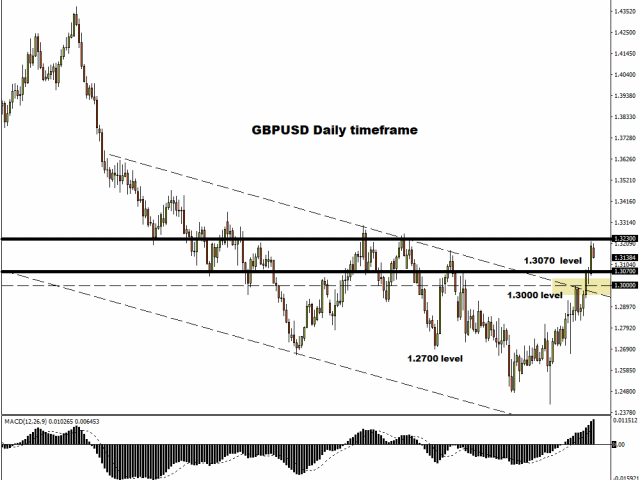