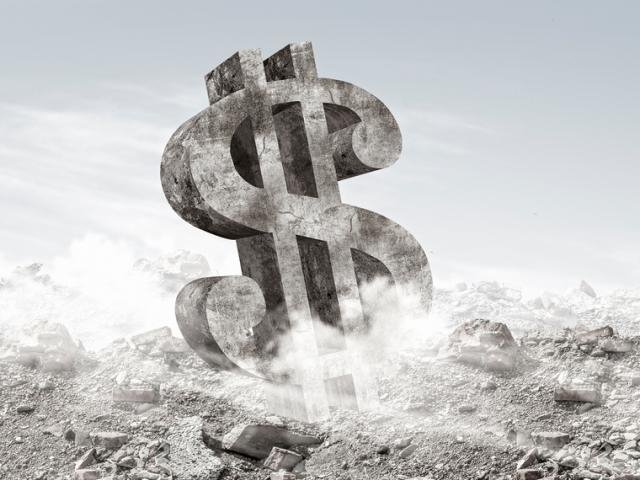 After a robust performance in 2018, the Dollar’s rally was expected to come under significant pressure going into 2019. Well, that may not be so true.

Factors that supported the U.S. currency last year were numerous, including robust economic expansion, fiscal stimulus which boosted yields in treasury markets, a hawkish Federal Reserve and fund repatriation by U.S. firms. None of these factors remain in play, and the Fed’s U-turn last week almost confirmed that monetary policy would no longer contribute to the Dollar’s strength.

The belief that global monetary policy would begin to converge with that of the U.S. was a key ingredient to the Dollar’s expected weakness. Surprisingly though, the U.S. Dollar has risen 0.70% against its major peers since the Fed turned extremely dovish on the 30th of January.

The Dollar’s strength over the past couple of days may not be justified by the Fed’s actions. However, when analyzing a currency’s exchange rate, it should be relative to a peer. So far it seems none of these peers have a competitive advantage, making the Dollar the less unloved currency.

Almost all central banks are admitting difficult times lie ahead. The latest was the Reserve Bank of Australia which surprised the markets yesterday when its Governor Philip Lowe opened the door for a rate cut. His comments crushed the Australian Dollar, sending it 1.8% lower against the USD, in its worst performance day since June 2016. Global risks were among the major factors that led to the shift in policy guidance.

Europe isn’t in a better place. Italy has already fallen into a technical recession. Germany may follow suit with its suffering auto industry, and France’s Yellow Vest demonstrations have dealt a significant blow to the country’s economy which had already been slowing. Thus, it shouldn’t be surprising to see investor sentiment in the Eurozone falling to its lowest level in more than four years.

The focus today will shift to the Bank of England meeting and the UK Quarterly Inflation report.  With 50 days remaining until the UK is due to leave EU, and President of the European Council Donald Tusk saying that Brexiters deserve “a special place in hell”, it doesn’t seem there’re signs the European Union is willing to compromise on a deal. This is probably the most challenging time for Bank of England Governor Mark Carney who is faced with a slowing economy, and risk of a disorderly Brexit. Given that policy won’t be expected to change anytime soon, its Carney’s tone and the outcome of UK Prime Minister May’s visit to Brussels today that will determine Sterling’s next move. At this stage, it seems the risks remain to the downside.