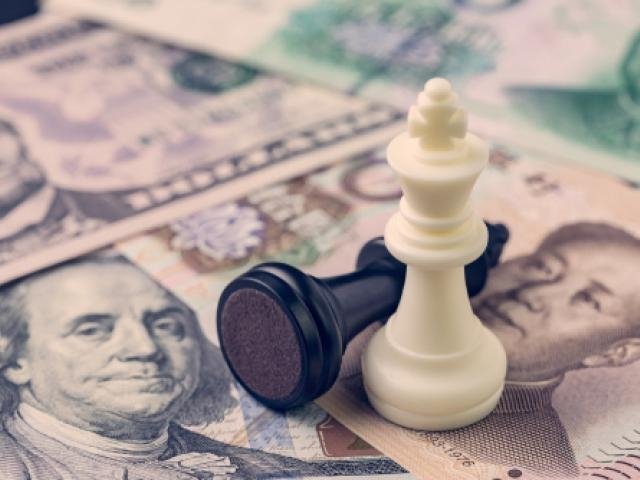 A sense of disappointment was felt across financial markets today after high-level trade talks between the US and China ended with no immediate announcement from either side.

Although US Treasury Secretary Steven Mnuchin said the negotiations were ‘productive’, the amount of progress made remained unclear and this uncertainty was reflected across global equity markets.  Asian shares closed lower today thanks to pessimism about the US-China trade talks, weak Chinese economic data and renewed concerns over slowing US growth. While European markets are edging higher as bulls find inspiration from Mnuchin’s optimism on trade, upside gains are likely to be limited by Eurozone growth concerns. Wall Street is seen opening in a depressed fashion this afternoon as concerns about US growth prompt investors to think twice about purchasing riskier assets.

With trade talks set to continue in Washington next week as the March 1 deadline looms, market sensitivity to trade developments is set to intensify in the upcoming week.

Confidence over the strength of the US economy took a hit after US retail sales heavily disappointed in December.

US retail sales plunged 1.2% during the last month of 2018, marking their biggest drop since September 2009. This dismal report has certainly erased any expectations over the Federal Reserve raising US interest rates anytime soon. With the Dollar's safe-haven status also threatened by renewed concerns over the health of the US economy, bears are likely re-enter the scene. Appetite for the Dollar is reducing drastically as political drama in Washington and speculation over the Fed taking a pause on rate hikes reduce the Greenback’s competitive advantage against its peers.

There has been plenty of noise surrounding US-China trade talks this week with more noise from Washington over Trump’s push to declare a national emergency to get the funding for his border wall. Across the Atlantic, the House of Commons brought the UK closer to a no-deal Brexit by March 29, after rejecting Theresa May’s plans to renegotiate her deal. These concerns are clearly impacting global risk sentiment, with disappointing economic data from China, Germany, and the United States fuelling fears over plateauing global growth.

It is worth noting how US growth momentum may also be waning, after December’s retail sales thoroughly disappointed market expectations. It appears that the strong jobs data isn’t translating into stronger spending by US consumers, which may be seen as justification for the Fed’s dovish stance.

All of the above-mentioned factors are expected to support Gold’s bullish trend in the short to medium term. Focusing on the technical picture, Gold maintains a healthy bullish trend on the daily charts with prices trading around $1,318 as of writing. The upside momentum is seen pushing Gold prices towards $1,320 in the near term. A weekly close above this level should open the gates towards $1,340 in the medium term. 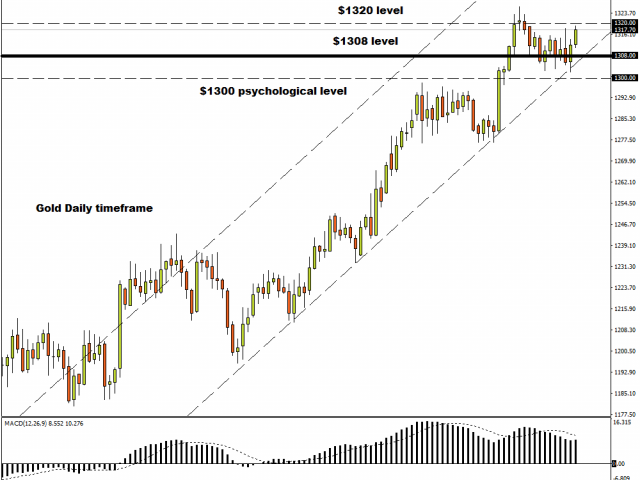